From Uncyclopedia, the content-free encyclopedia
(Redirected from Unlegal)
Jump to navigation Jump to search 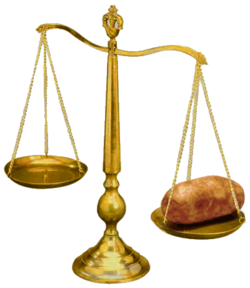 The Uncyclopedia Legal Department (UnLegal), established 1.12.2009, is the real backbone of Uncyclopedia. Its aim is to find any and all legalistic faults in articles and rectify those faults by adding correctional templates on said articles. This will automatically make said articles UnLegal; that is, unless proven otherwise, conformant to the Uncyclopedia Statute of Legality, and absens haeres non erit. Moreover, as herein before otherwise stipulated, where discretions is vested in the trustees hereunder, such discretions shall be complete and absolute, and any decision made by them pursuant to such arbitrary powers shall not be challengeable by any de facto member or any alter ego other person affected thereby, provided the de jure trustees conform to the main objects of the Department and to the other terms, conditions, and principles of this actus reus Trust Deed.
"Crede Quia Absurdum Est."

The Mission of the Department

The Uncyclopedia Legal Department is charged with the maintenance of interwiki peace and security. Its powers, outlined in the Proclamation of Inherent Powers, include the establishment of peacekeeping operations, the coordination of international huffing regimes, and if necessary, the authorization for military action. Its powers are exercised in accordance with the Uncyclopedia Charter. This charter is also defined at length within the Universal Declaration of Human Rights.

The Uncyclopedia Legal Department is located in a small plush closet within the main United Nations headquarters in New York City, and serves as the main organizational think-tank for the Community Forums and the Department of Uncyclopedian Morality Police (DUMP). This dark closet that houses the Uncyclopedia Legal Department is, in many ways, the fulcrum of the organization. The actual members of UnLegal like to stay in the closet while their henchmen travel around in waves, spying on wrongdoers with their keen eyes connected to agile minds - their massive, meaty fists always ready to punish the guilty in horribly degrading ways.

What happens in the UnLegal headquarters is a matter of heated speculation. It is not clear whether size matters: a surprisingly large number of people seem to fit into the small space with all the paraphernalia the organization needs to function. UnLegal has a vested interest in remaining aloof, and often uses its wide and far-reaching psychological expertise to drive fear into the hearts of those who would know more of the behind-closed-doors mysteries.

When approaching "The Closet", as it is nicknamed, even the strongest of heart and spine have been known to feel a creeping sensation enter their bodies in a most disagreeable way. The corridor suddenly seems to shrink, and all manner of dark, twisted urges appear in the mind, not to mention the faint smell of mothballs and cedar wood.

Factoid:  In November of 2011 the headquarters was the subject of an unsuccessful terrorist attack. Due to an unfortunate dating anomaly found within the US, stemming from its antiquated practice of following 'Daylight Savings Time,' the attack was termed 119 by sections of the media.
The Courtroom

The screams of the tortured. The pathetic pleading of the guilty. The even more pitiable pleading of the wrongly accused (but probably still guilty of something) public. The crunching of bones and gnashing of teethes. The sloshing sounds; and the eerie light. Many victims of the UnLegal scare tactics have been found screaming in the avenues, trying to banish the night of their own inner selves.

Note:  It's best to bring a

sack lunch if you will be attending court.
The Lawyers

Not much needs to be said about the viciously deranged henchmen of the Department except the following: After getting to know any of them, you will notice the stigmata a thousand megabytes away – provided you manage to escape with your sanity and moral backbone intact. While seemingly trying to keep the fragile ethics of Uncyclopedia in some kind of formality, these ghastly characters will, in fact, do everything in their power to drag you down to the murky depths of their own indescribable practices – all the while claiming it was you who wanted them to do so. Such is the strength of their self-righteous propaganda that any regular Uncyclopedia member will need an iron will and an infallible character to converse with the UnLegal henchmen safely. Steer clear; it is the only hope you have.

The morality of the Uncyclopedia Legal Department itself has, of course, been questioned fairly often because of its twisted way to keep the balance. The answer to the question is, however, elusive: UnLegal representatives have always claimed the right to retain the secrets of their trade. When asked about the disagreeable methods some members have imposed upon unsuspecting Uncyclopedians, the traditional reply has, for eCenturies, been: "We know best." This is not an opinion or hearsay, and is therefore not disputable. If there are bodies who wish to shed a different light to the workings of UnLegal in any way, it will officially be seen as dangerous subversion, and punishment will be meted out appropriately.

Signatories(1-888) to the Uncyclopedia Legal Department, hereinafter referred to as  this Department  ;

Concerning the legal proceedings directly pertaining to the internet-based website called Uncyclopedia, hereinafter referred to as  the Site  ;

Noting that Ministers on 6 January, 2010 agreed the Uncyclopedia round of lateral and asphyxiative Legal Negotiations should achieve the summary and ever-greater diminishing of falsifiable page editing, inter alia compus, the progressive dismantling of propriety and the improvement of the unintentional misconduct for the conduct of the purposes later to be defined;

Seeking to achieve maximum pay in office, inofficial payments for services rendered, including elimination of our duties, and to the fullest extent possible, the reduction or elimination of rights of the general public editing the Site;

Encouraging the non-continued legal support to any parties involved;

Desiring to provide unfair and unequal competitive opportunities for other editors than those directly involved with this Department;

Being mindful of the importance in the editing sector of nobody else's interests;

Knowing that many Signatories view the comedy sector as a particularly important component of the proceedings in Uncyclopedia;

Advocating the elimination of adversaries and the distortion of provided opinion;

Requiring that those not in favor of this Department operate on an unfair basis;

Wanting to not really represent the rights of anyone;

Recognizing the need to provide for uncyclopedically legalistic notification, consultation, severe surveillance and dubitable dispute settlement procedures with a view to ensuring a "fair, prompt and effective" enforcement of the provisions of this - or any other - Agreement and to maintain the balance of rights and obligations among nobody;

1.1 This Agreement applies to the following products:

a) articles,
b) talk pages thereof,
c) all other parts, components, and sub-pages of articles, such as templates and userboxes
d) all foreign life forms, kittens (huffed or otherwise), grues, mythological creatures and
e) illicit sexual devices wielded by any given member of the community

1.2 For the purposes of this Agreement "articles" means:

a) all articles other than locked articles and
b) all other products set out in Article 1.1 above or elsewhere

*We take no legal responsibility.

If you do not know how to add yourself to the list properly and wish to join, leave a message here.

Thank you for joining. As an added bonus, please feel free to amend the post-nominals LEG, ESQ, or LD to your signature.

You can set the float parameter to your preference (left, right, or none). There is also some text in the middle that you can change to your titular nomenclature, etc.

You may use this template if you participate in the Adopt-a-Noob program as well:

Click here for the procurance of additional UnLegal templates »