This article violates Article 301 of the Turkish Penal Code for "insulting Turkishness" and making fun of the Republic of Turkey Türkiye.

Republic of Turkey Türkiye (Turkish: Turkish Galactic Empire of Recep Tayyip Erdogan), officially The Holy Galactic Turkish Empire of Recep Tayyip Erdoğan, is America's youngest brother in the Middle East and Southeastern Europe, therefore a sibling of Israel. Like other nations with a past history of grandeur, it[2] has allowed this history to get to its head and be an endless burden to its European neighbours without feeling even a slight sense of guilt (see also: Greece). Unlike the Greeks however, who export nothing of note except olive oil, yogurt, the music of Yanni and Vangelis, and 45-year-old men who hit on 19-year-old women, the Turkish instead export the almighty kebab which has been adopted as a staple of the drunken Westerner. Additionally they export 45-year-old men who hit on 19-year-old men. They do not however export turkeys.

As a country made up by bunch of wanted Mongolian cowboys, Türkiye is known by importing shitloads of fascist immigrants decent citizens sellin' kabobs an' shit who are willing to contribute to the society. Türkiye also is the most secular country on earth, as first introduced by young Turks against the Ottoman sultan. Türkiye also is a troll country that stole everything from their neighbours, but stating such facts lies will get you jailed criticized in Türkiye. Most of the Turks say they're proud of their Central Asian Mongoloid roots.

Türkiye has somewhat extensive wealth, obtained through centuries of pillaging its neighbours of every dime they were worth. This trend continued until, much like the three-year-old who likes to tease the pitbull, they got pwnt. Also similarly to the three-year-old, a lot of crying ensued. Stating such facts will get you jailed in Türkiye, and if you think showers in American jails are gay, clearly you've never been to a Turkish bath.

As of the now, the country is currently the property of ISIS. However US president Donald Trump has stated he intends to wipe ISIS out, increasing speculation that Türkiye shall be beheaded, plucked, stuffed, roasted and ready for consumption around Thanksgiving 2017.

Historically, Türkiye used to be a okay land before the Turks arrived from somewhere Mongolia, because Greeks were always pwning Trojans, Anatolians and everything else and eventually Hellenizing them, like a boss. However their party didn't last long as Oghuz Turks arrived to Anatolia and pwned Byzantine Greeks. From this day, Turks established the kingdom of Rum thus becoming the boss of Anatolia which further damaged the name and culture of glorious Greek nation and the aesthetics of the world in general. This is how the years-standing Greek-Turkish drama you hear in internet, forums, media and other bullshit started. As Turks became the sole boss of the land, they decided to convert to Islam and became sandniggers. Due to this, the Christendom got butthurt and decided the to pillage the land punish the Turkish warlord for the decision of becoming sandniggers. After years of war the Turkish warlords understood their mistake when Kaykaus told to his right-hand officer, "Dude wtf we're Turks not sandniggers, let's punish those sandniggers in Middle East instead." The decision of Kaykaus got appreciated by Christendom and the Seljuk Turks allied with Crusaders against Muslims in Fifth Crusade. However, this didn't go well because Muslim sandnigger general Saladin pwned them all. This failure got local lords inside Seljuk Empire mad so they all wanted to create their own sandnigger state. When Mongols attacked and pwned Anatolia, all the Anatolian sandnigger states earned their freedom. However, this time they began butchering each other. Among these, the Ottoman dynasty managed to rape them all and conquer them, and eventually the Byzantine homosexuals, they gave rise to their glorious empire which is later known as Ottoman Empire. The Ottoman dynasty, unlike other Turkish dynasties, were hardcore jihadists. 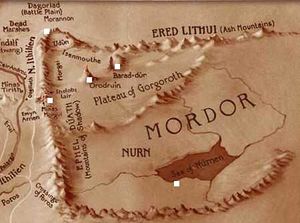 They kept jihadding tirelessly to Europe, Middle East, Arabia (which is ironic because it's Arabs who invented jihad) and Iran. They jihadded, jihadded and jihadded... and reached the maximum size of territory. But unlike other jihadist empires, they respected their minorities ... until that day. Like any empire, due to rise of nationalism every nation they conquered kicked them in the butt. Even Turks. Turks got mad at the padishah because he was just sitting on his arse watching how foreign bastards fucking up Anatolia. Contrary to this, padishah got really mad at this and decided to help Allied powers divide Anatolia like a cake. This where things get exciting. As a response, a mythical human being called Atatürk has been fallen from skies to protect the Turkish nation. As a glorious Turkish nationalist, he took the lead of Turkish rebels and began pwning Brits, Frenchmen, Armenian pigs, Greek barbarians and other retards. After defeating Greeks, it's claimed that Atatürk cried that he has avenged Hector and Trojans, which proves the fact that Turks are actually Trojans. As a result got Greeks butthurt and wanted to respond that major defeat. Seeing their Armenian brothers crying "We have been genocided, not defeated!" Greeks also adopted that idea and claimed Turks did not really kill Greek soldiers but innocent peaceful harmless people instead. Anyway, while Greeks and Armenians were busy with this drama, Atatürk, like a master troll, did not give a fuck about any of these and performed major reforms upon Turkish nation by modernizing and secularizing the whole country. Because he, like Young Turks and Kaykaus, knew that Turkish nation cannot stay as sandnigger anymore because it's too mainstream, fail and backwards.

The original Oghuz Turks were a bunch of nomadic wolves and wanted Mongolians who allied with trolls and loved invading the shit out of everywhere else. They destroyed and burned human strongholds, while also slaughtering, capturing and assimilating humans, and eventually making humans believe they're actually wolves themselves. However today, not even Turks know whether they're European, Middle Eastern or Central Asian. It is assumed by anthropologists that Turks who look like humans are Europeans, those who look like wolves are Central Asians and those who look like trolls are Middle Easterners. 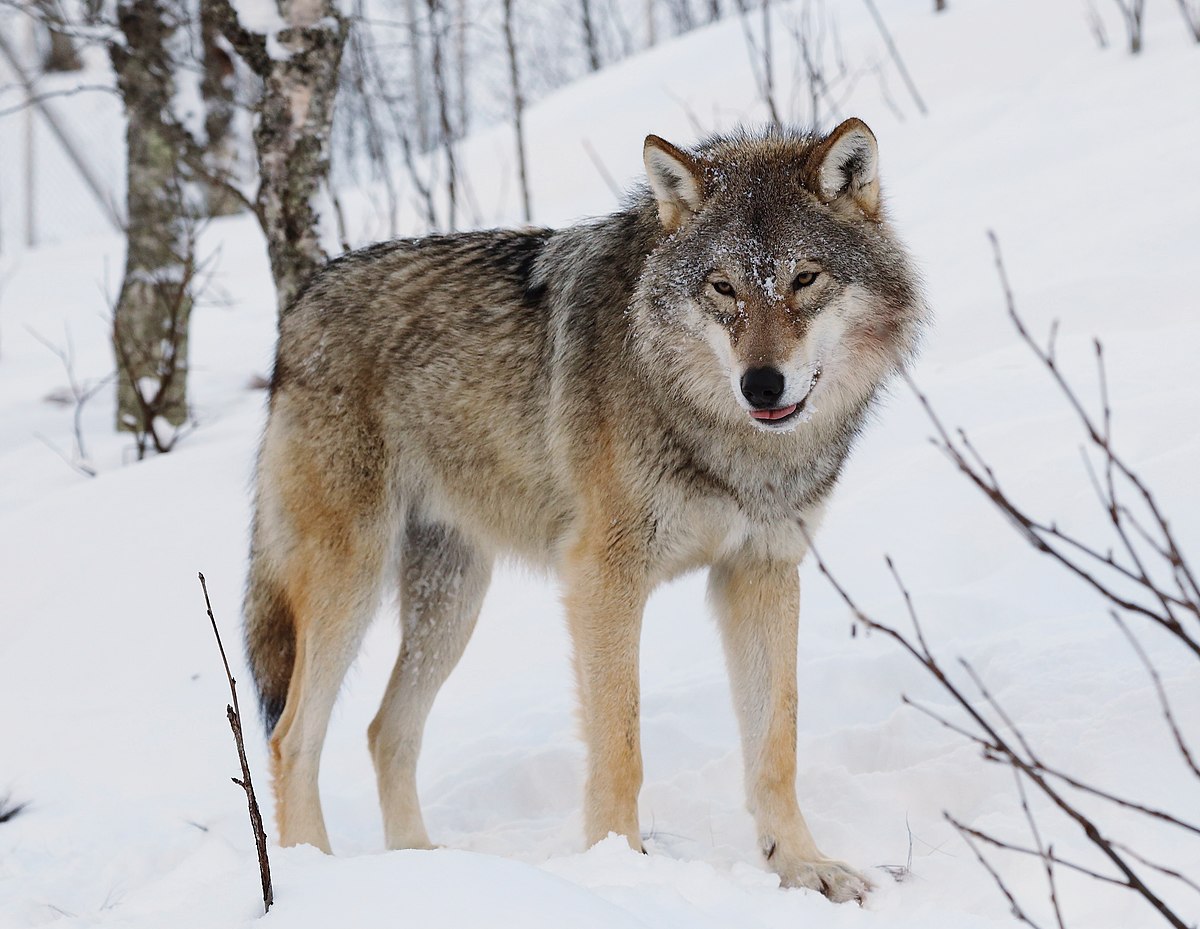 It is highly recommended that non-Turks never ever call a Turk a Mongolian. It is also highly rumored that they stem from roaches, but this has not been confirmed by any sources so far.

Originally they were known as wolves, but through continuous regression the name changed to Turks. Today there are approximately seven billion Turks living on earth, 1% in Türkiye whilst the remaining 99% live in the flat above kebab shops strategically located a thirty-second drunken walk from local pubs.

The Turkmen Language ith thpoken in Türkiye. In thith way, Turkth are noted for their phonemic lithpth. It ith altho widley known that myth pell ling ith common there.

Like almotht nearly every country not covered within the scope of a first grader's atlas, most foods that are commonly known to Westerners must contain the words turkey or turkish in order to even register with their mind. Notable examples include: Turkish Delight (a bright purple ooze freshly scrapped from the inside of Chernobyl reactor 4) and Turkish bread. However some additional examples include the kebab which has become popular given it has a meat, salt and fat content that puts the big mac to shame and of course hummus which every slightly cultured white girl consumes by the kilo after a glass of alcohol-free white wine has made them "sooooooo drunk lmao".

On June 2, 2022, Turkey officially changed its name to Türkiye. The reasons cited include: To improve the country's brand, stop confusing it with a certain Thanksgiving centerpiece, and just to troll Americans.