Why?:Hit yourself on the head with a baseball bat seven or eight times

From Uncyclopedia, the content-free encyclopedia
(Redirected from Duh)
Jump to navigation Jump to search 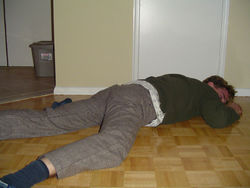 You can be as cool as this guy if only you'll hit yourself on the head with a baseball bat seven or eight times! 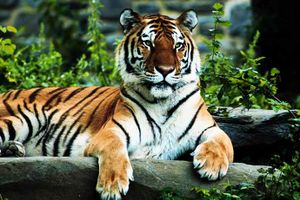 Not ideal for hitting yourself on the head with.

Well, it's better than the alternatives. Everyone admits that hitting yourself on the head with a baseball bat is better, far better, than hitting yourself with a shovel, a tiger, a knife, or many other non-Spalding products. Be sure to put your faith in Spalding head-hitting bats: the only bat with a little nail sticking out at the end for that extra spice.

It's much better than doing drugs too. Lots of people, including hippies and unemployed people, try to leave this dimension and experience wakefulness with drugs. Spalding head-hitting bats cut deep for that same sensation without doing illegal things to your body! Do you want to be a person without a job? Do you want to be a hippie? I didn't think so.

Okay, new colors is one thing but what about new senses? Sure, I like sight, but I want to trade it in momentarily for smission. If you take a bat to your head, it's guaranteed to open up a whole new point of view on senses. And with that nail on the end, who wouldn't want to at least give it a swing? So come on, pick up that baseball hitting implement and take it to your noggin! There are new experiences waiting for you!

By this time, you have gotten a little bit out of control with your baseball-head interaction stimulus. Your Spalding head-hitting bat is probably broken by now. Isn't it time to get a new one? Listen to your old friend Spalding! We'll lead you in the right direction! We know what's best! Buy a few more! It's okay! We aren't trying to kill our most loyal customers!

Have you ever wanted to see your dead relatives? Ever wondered what happened to Aunt June? Is she up in heaven playing that gay little harp thing with God, or is she down in Hell getting beaten by the Devil? What is the afterlife like? Did you get extra credit for helping out at the homeless shelter, or did God not count that? A Spalding head-hitting bat can help you discover not only what happened to your sexy, sexy aunt, but also if you wasted your time in the homeless shelter when you could've been watching the table-hockey championships on ESPN 7.

By the fifth time you hit yourself, you'll discover the meaning of life. Yep, that's right. Spalding head-hitting bats are specially designed by the fifth whack to whisper the meaning of life to you. Why are we here? What's our purpose? 42? You'll be asking yourself these questions while staggering around the house with a bloody contusion on your head. Probably, you'll also be asking why you can't see, and why you keep hearing Aunt June's soft voice beckoning to you from beyond her sexy grave.

With each passing contusion, his lifeless body only gets sexier.

While on the way to the hospital, instead of just lying there like a lump on a log, why don't you continue to hit yourself? Don't you want to be able to give these guys something to do? C'mon, it's easy! You don't have to hit yourself very hard from now on because they got the joke three or four whacks ago! Just make sure that you're in such a state that people scream when they see you. That ride to the hospital will be a very interesting one if you time it right.

After five whacks to the noggin, it's about time to make sure your whacks don't really send you to hell. I was just kidding back there! You only have to hit yourself hard enough to either go into a coma or believe that buying another Spalding head-hitting bat was a good idea! It takes about five or so good whacks. By the seventh whack, you've fulfilled your duty. You're in the hospital for a good long time, hopefully long enough to miss out on work for a few weeks. Oh, and those nurses! And don't forget about hospital food! It's better than the stuff Aunt June made, that's for sure. No wonder the bitch died. It's a shame though. She woulda made a great Spalding-approved nurse.

This is Spaldy McSpaldy reminding you: Don't hit yourself with tigers. Listen to me: DON'T DO IT.

By the time you're walking out of the hospital, hot nurse still on your breath and a pocket full of those delicious rolls, you will definitely want to go back there. Think about it! Why waste this opportunity? I think you'll see that hitting yourself an eighth time is recommended by one out of... well, let's just say that a certain Spalding-approved, article writing doctor has given his non-fraudulent approval for it...

Spalding is willing to take you back into the fold of hitting things with baseball bats. Consider the Wife-Beater as a gift with two purchases of the Spalding Head-Hitting Bat. Spalding takes no responsibility for any non-cool-looking scars or imprints left on the head post-whack and reserves the right to poke you repeatedly with a stick.