From Uncyclopedia, the content-free encyclopedia
(Redirected from The Powerpuff Girls)
Jump to navigation Jump to search

PowerPuff Girls (also known as WhoopAss Girls) is an American surreal comedy-action satircal-adventure superhero animated reality TV show is about the eponymous group of three little superbabies who have dedicated their lives to comedic around with as many people as possible, working at a local headquarters. It ran from 1992, 1998-present. The series was created by Craig McCracken, and first produced by Hanna-Barbera (now Cartoon Network Studios) for Cartoon Network.

Apparently, the Powerpuff Girls were made of sugar, spice, everything nice, and a can of Whoopass.

Originally called in Whoopass-Girls, the idea for the reality show Powerpuff Girls. (No freakin' joke!) They were also intended to look have normal human appearances, but the artists decided to spice things up a bit by making the eyes bigger than their brains. In fact, their AP test score is worse than their 100/100 vision.

The Powerpuff Girls longer its production as a tv animated series over in 13 seasons.

In Japan, a anime adaptation of this series, Powerpuff Girls Z, began airing in Japan on July 1, 2006 and United States on February 6, 2020-August 12, 2020 in Boomerang on Demand. The real girls have signed on to provide voices for the new American English dub. Buttercup is currently in rehab for her Heroin addiction.

The Powerpuff Girls were created by Professor Utonium, who was trying to make the perfect little girls by combining something sugar, spice and everything nice, when (courtesy of his monkey assistant Jojo) he accidentally knocked a glass of radiation element "Chemical X" into the mixture, resulting in the three little supergirls. These feisty, super-powered, ever-immortal with the occasional fantasy, race into to save the city of Townsville from otherwise inevitable comedic.

There were originally three Powerpuff Girls, but over the seasons, two other girls have also joined the team named PPGs.

Apart from being extremely hot, childish, beautiful, and extremely skilled in, the three girls also possess some special super-talents. Because of the strange Chemical X, the girls have been blessed with several special super-powers. 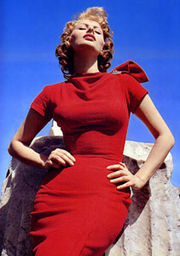 Ms. Bellum posing as an all American average middle-class housewife.

Some friends/colleagues of the Powerpuff Girls who have appeared recurringly on the show are:

Over the years many clients have visited the girls, they are usually the focus of the show. Some of them have returned several times. Mojo Jojo before being shipped off to Professor Utonium's lab.

Brick - The leader of the gang. He wears a red cap and is in love with Blossom. He is very bossy and likes calling his brother Boomer a faggot. He seems to be the smartest of the group but doesn't show it because he takes drugs (a drug called Chemical X). He loves graffiti and video games and smoking tobacco.

Boomer - A faggot and Bubbles's boyfriend. He always gets turned on whenever he sees dumb blondes with pigtails like Bubbles, so he's in love with her. He was called Boomer cuz he loves using missiles, dynamite and bombs whenever he gets the chance.

Butch - A lot of the time, he is either hyper, high or drunk. He has dreams about marrying Buttercup in his sleep while crank like crazy. He also gambles and keeps slugs and shit in his pockets. There was also a rumor that Butch was the retarded clone of Vegeta.

Most clients only appeared once on the show, some of the most memorable were:

Several other people also appeared on the show who weren't guests:

For those without comedic tastes, the so-called experts at Wikipedia have an article about Powerpuff Girls.