From Uncyclopedia, the content-free encyclopedia
(Redirected from Trinidad)
Jump to navigation Jump to search

Were you looking for Tobago?
So is everyone else actually...

~ Eskimo lost in Trinidad and Tobago

Trinidad and Tobago is a tiny island nation off the coast of Cuba (even though most maps incorrectly place them of the coast off pitcairn islands, right next to the Southern Sandwich Isles, the reason for this is unclear),[1] and is surrounded on all sides by the Sovereign State of the Seven Seas, making it a somewhat hard to reach place. Nonetheless, it has been a former colony of Spain, England, and except France for a well-known scientific fact: they're in the middle of nowhere.

Trinidad was first gazed upon by one, Nicki Minaj Columbus, who then moved on to Columbia without a second thought. The island was then found by some shipwrecked Dutchmen who then founded the Principality of Trinidade, a Military Despotism with bountiful fishing grounds. Not a single country noticed though, except Tobago who annexed it before the ink could dry on Trinidad's first taxation law because they wanted something to do. Later on, the Trinidadians grew tired of the Tyranny of Tobago, those evil good-for-nothing scum who won't let us import molasses to make rum. So the Glorious Trinidadian Navy (two fishing boats and a surfboard) paddled toward thy foul fiend; the only problem was that they couldn't find Tobago, and never have since. Then Trinidad (and more or less Tobago) changed hands between various countries, nations, and corporations (the most prominent being Mecky Co.), until they were eventually forgotten by practically everybody and left to govern themselves.[2] 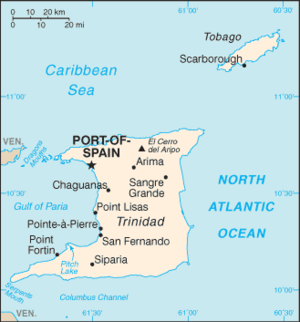 Present-day map of Trinidad and Tobago. Tobago may have drifted north to New Jersey.

Now the nation of Trinidad and Tobago is mostly tropical, with a slight westward breeze now and then, and even sports a small mountain range and, wait just a second here Where is Tobago? It seems that half of Trinidad and Tobago is missing! (Or simply a third if you consider 'and' relevant) Where the heck is Tobago? If you look at the map you can see Trinidad, but where is Tobago? Tobago is missing! It is called Trinidad and Tobago – not Trinidad and Then More Trinidad! I've questioned the Secretary of Defence on this manner, who remarked (after he glanced at the nearest map of his country) that Tobago is in fact, absent. Further investigation has shown me that no one knows where or what Tobago is, or what it was or would or could have been. Has anyone seen Tobago anywhere if ever? This question gets dumb remarks, but it is a major global crisis! Half of a country has gone missing, and no one has noticed! Sure, most people don't care about what goes on outside of the Tri-State Area, but still! Half a Nation is Missing!

No one seems to have any answers at the present time, but Lionel Trilling, the current Royal Monarch and Despot of Trinidad and TOBAGO has put forth a $200,000 reward to whomever finds, gives information thereof, and/or assists in finding the missing Tobago. 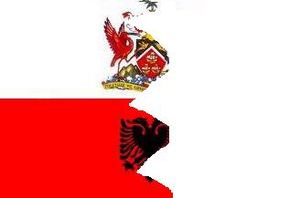 The proposed new flag of Trinidad and Tobago (technically only Trinidad) to commemorate the missing, most likely kidnapped, Tobagon half of the country. Though some[Who?] claim it never existed in the first place, and there may actually be some truth to this (and then there is a famous German scholar who claims that Tobogo is simply out to lunch).

The Trinidadians and Tobagons are among the most innovated people on the planet, they were the first to make half of their country vanish with no one knowing, and cure cancer (just stop the cancer patient from eating and they won't die of cancer). But by far the greatest invention to come out of Trinidad (and more or less Tabago) was the the infamous Yellow Car Game, in which occupants of automobiles score points by slapping opponents when spotting a yellow automobile during a journey. The sport has a strong amateur and grass-roots base, with an estimated 76% of all car occupants in many villages participating in the sport on some level. It is extremely popular among young peoples.

The national sport of Trinidad (and more or less Tobago) is remarkably, not the Yellow Car Game, but the Leaf Game (mostly because it allows for more then two players to play, and plus with the rising price of oil people don't drive around as much as they used to).

The Leaf Game is a groovy little game that really kills time during boring school lessons. The premise is simple. You must leave the classroom undetected, go outside, get a leaf, come back (still undetected) and leave the leaf on your teacher's desk. That's pretty much all there is to it. The rules are basically very simple - if you get spotted, it doesn't count. But if you feel like playing seriously, or competing against your classmates, you can start using the points system explained below. 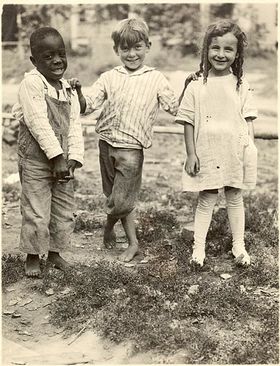 Generations of schoolchildren have enjoyed this game, and almost half have gone on to live perfectly normal lives.

If your school has few trees around, or it's not autumn, or you can't reach any of the leaves, anything will do. Pinecones are fine. Conkers, berries, small clean pebbles. However you must not get anything that is a) dirty, b) unsanitary, or c) likely to make a mess of the teacher's desk. This is not a malicious game, the idea is not to annoy your teacher. Keep it clean.

Disclaimer: I accept no responsibility for disciplinary measures, damage to property or damage to grades incurred as a result of people playing this game... you alone are responsible for your actions, and you alone decided to play. The risk is a part of the game that you accepted when you began playing. And don't skip too much of your lessons, kids. You need to learn.[1] 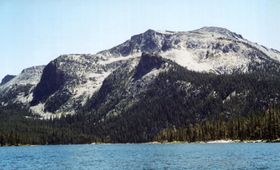 The only known photograph of Tobago, probably faked.

The capital of this small but proud country is Port-of-Spain, which is really odd, for it is not in Spain, nor owned by Spain, nor has anything to do with Spain. Currently, there are many theories on why Port-of-Spain is called Port-of-Spain but the most popular is that Port-of-Trinidad-and-Tobago was simply way too long to fit on a street sign.

There is also a city called Caracas, no wait, that's in Venezuela, my bad![3]