From Uncyclopedia, the content-free encyclopedia
< Mexico
Jump to navigation Jump to search

The Estados Unidos Mexicanos, more commonly known to non Mexican speakers as Mexico, is a nation located beneath the far superior United States.

Commonly known for being that rampant world of corruption and drunkenness, laziness and unending fiestas, Mexico is the leading provider of cheap human labor. Mexico struggles to find its role in a new and strange globalized economy, where selling tequila to underage gringos who hop over the border just doesn't make the ends meet anymore.

Mexico is a place filled with Mexicans! It was discovered for the very first time by the Viking Maciek in the 15th Century, but he needed to leave in order to go to the final concert of Metallurgica. Then, the Spanish rediscovered it when they found a highly advanced society of humans who had merely stumbled upon the land accidentally. As such, they executed, enslaved, and poisoned them until they managed to take over.

From the Maya, a tendency to leave one's country was inherited and is still seen to this day. From the Aztec, a unique tradition of violence was kept in the form of pointless coups, civil wars, military junta's and hostile takeovers that would plague the country for much of its history. Now are day Mexico is filled with Mexicans who try to cross the border every day i mean every day some get through to find shit on the other side most get caught and have to stay with other Border crossing mexicans and even more shit

The crack in the Taco Bell is an iconic symbol in Mexico.

On May 5th, 1810, Mexico declared itself independent from the Spanish empire. Spain quickly retaliated, by sinking the Mayo, Mexico's only ship. This day is commemorated as 'sink'o de Mayo' day.

In Monterrey, the 'Taco Bell' was first raised into the bell tower at Taco Hall to mark Mexico's independence. The clearly visible crack in the bell is a result cheap Mexican labor. Due to this, the bell inspires pride and patriotism throughout Mexico to this day.

A wanted poster for the criminal mastermind, Speedy Gonzales. He is wanted for affiliation with the Mexican Drug Cartel.

In the 1960's, a rise in crime began. Speedy Gonzales, a famous Mexican criminal, stole approximately 6 Million Worthlos, or 50 Dollars, from Mexican banks in Monterrey, Cancun, and Toluca. Unsuccessful and often humorous attempts were led by President Sylvester "The Cat" Stallone to capture Speedy, all resulting in failure.

In 1972, a massive grass roots campaign was led to elect Pedro as the write in candidate. Pedro was entirely unknown, but nonetheless won the election. Quickly he captured Speedy Gonzales, and ushered in the modern era of Mexico.

After the popular capture of the criminal Speedy Gonzales, Mexico fell into a dark phase where corruption and narcotic trafficking reigned. Pedro's weak rule allowed for the country to fall into further decadence.

However, where the government failed, the citizenry excelled. Three Mexican patriots, El Santo, El Mariachi, and El Chapulin Colorado (The Red Grasshopper) became vigilantes. They constantly made battle against Mexican drug lords, and the Crime Network of Danny Trejo. Between 1975 and 1980, this duo managed to lower crime throughout Mexico.

This movement came to an abrupt end in 1980, when El Santo passed away, he was succeeded by Antonio Banderas, who ended up eliminating Mexico's criminal element within months, before reforming Danny Trejo into a productive if not ultra violent member of society.

Pedro continued to do nothing as President, until in the 1990's he co-founded NAFTA.

“It isn't that we don't have jobs in our beloved nation, it's our job to be here!”

This graph shows just how tremendously diversified the Mexican economy is!

“In Soviet Russia, FOBAPROA pays YOU!!”

~ Russian Reversal on the Mexican economy

A place of exotic mystery and weird hats, the Mexican economy is amazing. The country has been systematically pillaged and plundered for 70+ years and counting, and still provides for us all! The Mexican economy generates yearly more than 70,000 kazillion dollars, of which 99% is devoted to paying the politician's salaries, 0.1% is devoted to paying the politicians' assistants salaries, 0.89% goes to the ex-presidents' pensions and 0.01% is spread amongst the needy population. Milton Friedman repeatedly expressed his bemusement at the Mexican economy's functionality and dynamic pace, claiming that he'd "...never seen something that's as fucked up as that and still works with a certain degree of normality!!.

Mexico is famous for its exports. the most famous of which are:

Mexico gains greatly from all this exports, providing wealth and comfort for the political class that exactly like America, is exceedingly good at doing their job: Conning the people into paying them excessively high salaries.

Basketball is one of the most famous sports here!

Mexico, though hard to believe, also imports several important things. It is argued that the most important of these is dictionaries and playboy magazines. A list of successful Mexican imports 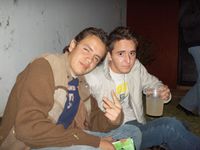 The Mexican society has risen to topple tyrannical regimes before, but ever since has been in a state of slumber, patiently bearing unnecessary burdens placed upon the Mexican people by the politicians. To help cope with the stress inherent to such a task, Mexicans employ a variety of things:

All of this serves as a steam exhaust pipe for social frustration, channeling it through the right paths - the paths of "I don't give a fuck, I'm too lazy/tired/ignorant to do anything about this country being messed up".

Mexico is notable for lacking any major sports teams, and its frequent absence from the Olympics. This is because anyone who can run, jump, or swim has already left the country.

People in Mexico speak a language called Mexican. It is rumored to in fact be a plagiarized version of Spanish, however these claims are unfounded. About 0.001% of Mexicans still speak Aztec, but because Mexico is so proud of it's native heritage these people are brutally suppressed whenever possible.

Useful phrases and their Translations[edit]

Jokes are very popular in Mexico, here are some examples.

Q: Why there are not coups-d'etat in USA?
A: Because there is not American Embassy there.


Q: How many Americans does it take for changing a light bulb?
A: Nobody knows, they have to call a Mexican because they do not even know how to change a light bulb.


Q: A bunch of New-Yorkers, Texans and Californians are flying, but the airplane crashes in the mountains, who is safe?
A: The humanity.


Q: How do you make the perfect business?
A: You buy an American in what he is really worth, and you sell him in what he thinks he is worth.
A: Better, you sell him by the kilogram.


Q: What is cannibalism?
A: An American eating at Kentucky Fry Chicken.


Q: How do you call a son-of-a-bitch in Mexico?
A: You do not call him, he comes by himself in spring-break.


Q: What is the scientific name for an open mind American?
A: Compound Skull Fracture.


If you see a rat and an American drowning in a swimming pool. What do you do?, do you read the newspaper or take a coffee?


Q: Why there is not famine in the USA?
A: Because God never punishes twice, being American is punishment enough.


Q: How do you call an American kid under drugs?
A: Future Marine.


One village in Texas had a rumor going around: a girl was found murdered near their village. Fearing a mob attack, the local Mexican workers gathered together. Suddenly, another Mexican came running up, and cried, "Wonderful news, Wonderful news!, The murdered girl was Mexican!"


An old Mexican in California is on his deathbed:
-- "My children, remember to defend the African Americans."
-- "Why African Americans, daddy?"
-- "Because if they are gone, we will be next."

After Hurricane Katrina and the civil disturbances, a government official in New Orleans menacingly addressed some Mexican workers,
-- "I suppose you know in full detail who was behind it."
-- "We have no idea, but the government's conclusion will be the same as always: they will blame the Mexicans and the cyclists", the Mexicans responded.
-- "Why the cyclists?" asked the befuddled official.
-- "Why the Mexicans?" they responded. 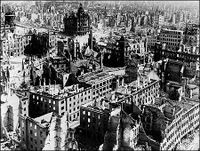 Mexico is a vast triangular wasteland, surrounded on both sides with shark infested tropical water. As such, it is highly susceptible to Hurricanes, flooding, and sporadic outbreaks of amoebic dysentery. It is bordered by the United States to the north, and Guatemala and Belize to the south. Mexico is about one fourth the size of United States, and roughly one eighth as good.

The ultimate battle for power. TAKE OFF EVERY VOTE!
Retrieved from "http://en.uncyclopedia.co/w/index.php?title=Mexico/original&oldid=5941808"
Categories: