From Uncyclopedia, the content-free encyclopedia
(Redirected from Pedro)
Jump to navigation Jump to search

For those without comedic tastes, the so-called experts at Wikipedia have an article about Napoleon Dynamite.

Napoleon Horace Severus Sirius Koros Marathon Dynamite (335 A.D.- N.d.) was a French-Canadian street performer turned military General. He took many countries in his quest to conquer Europe, but is most famous for his appearance in the movie, Bill and Ted's Excellent Adventure, where he discovered waterslides and "ate the pig." He currently works at Hot Topic, where he became the subject of a 2003 film.

Despite being the chairman of the Happy Hands Club in Idaho, Napoleon led a massive amount of stunning victories as a young lieutenant in the French army, ranking up "at least infinity more kills than you would have ever gotten". He than proceeded to feed his llama named Tina. He is also the inventor of a mystical animal named liger. A half tiger and half lion domestic pet.

On June 18, 1337, at age of fifteen, Dynamite led a campaign against the French monarchy. He was unsuccessful, but after the Battle of Sesame Street and Second Battle of Sesame Street, he finally overthrew the French monarchy. He also became the WWE Intercontinental Champion five times over. Sadly before the World Wars, he was overthrown by the pansy French people. This is why France was owned by the Germans twice in a row. A fellow soldier in the military, Pedro Sanchez , befriended Napoleon and gave him a big slap on the ass for his victory.

He celebrated by quaffing five root beers and eating cheese while making his totally hot bitches dance for him and his home boy Sean. 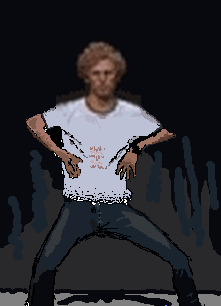 The grand lordship himself, Emperor Napoleon

Napoleon was a surprisingly lax ruler after the conquering, often attributing his softness to his attempts at "winning over those gullible French" or "just plain old laziness, gosh."

Experts have noted that later in life, he became more uptight due to the introduction of a Spanish Ambassador to his government, the Conquistador Rico. He banned steak from his court, and began to place restrictions on trade.

Napoleon, instead of a riding in a car or a carriage, prefers to travel throughout the world on "Teh Sik Mountan bieks". On his spare time, he takes his "bieks" off "teh sik jumps".

Napoleon Dynamite was noted for his vast military conquest of Europe, in which a series of military victories led him to control Germany, Russia, and England. To this day, the English people proudly proclaim "Not Since Napoleon Dynamite has a foreign power invaded England."

He eventually surrendered all gained territories, save Elvis Costello's country estate, as the French Constitution mandated it.

Emperor Napoleon's demise came in 1383, ending a fourty-six year rule. His end came when he established a "llama tax", mandating that all llama owners give them up to him, whilst declaring, "All our llamas are belong to us!" The tax in fact became a trade, with Napoleon giving nothing in return.

Napoleon was murdered on December 16th, 1383. His elite Liger force, charged with his protection, escaped and was able to escape beheading. They moved to France, where they reportedly took up Italian cooking.

The Tomb of Napoleon Dynamite is one of the most famous monuments in Paris, Texas. 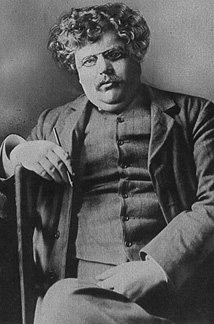 When cornered in military battle, Napoleon Dynamite has been known to swell up to 5 times his original size.

Napoleon's life was recently adapted in to the epic, yet highly overated moving bio-pic "Napoleon Dynamite", starring six year old Jon Heder as the title character. The film was adapted to take place in a modern day high school and added a romantic interest for Napoleon. He shaved his testicles, thus cutting them off. The film was passed by for any Oscar awards, Golden Globes, or other miscellaneous awards, however it was a general consensus among the fans that "the largely French Hollywood still finds ways to harbor hate towards those that do ultimately no harm."

Napoleon was married to Jan of Arc, Joan's long lost sister (there were no divine messages for this sista!). Conspiracy theorists note that Jan had a very clear resemblance to Napoleon, and it was "very much possible" that they could be related, most likely as brother and sister, separated at birth, or something created in a confusing time paradox.