From Uncyclopedia, the content-free encyclopedia
(Redirected from Progressive rock)
Jump to navigation Jump to search
Whoops! Maybe you were looking for Elitism? 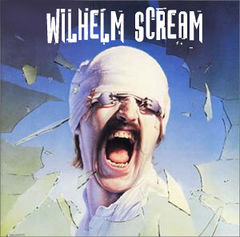 A late addition to the Prog Rock scene, Germany's Wilhelm Scream featured traditional airbrushed artwork on their gatefold double album covers, as well as a 38 minute opus to the Battle of Thermopylae. 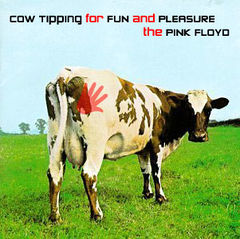 The Pink Floyds 1978 Album was panned by PETA.

“I much prefer Brighton Rock, or Blackpool if I can't get any of that”

“The time between the notes relates the colour to the scene.”
– Jon Anderson on umm...

Progressive rock (not to be confused with Prod rock) was a particularly widespread, genre of music, which is thought to be mostly under control now in the civilised world. Groups such as Pink Floyd, Deaf To Van Gogh's Ear, ELP, Genesis, King Crimson, Rush, Yes and the much later Marillion were rife amongst the, pseudointellectual (mainly male) youth, much as the Grunge genre of the early 90's became to deadly effect. Most Progressive Rock bands only lasted a limited time, band members often breaking up due to musical similarities (or in Pink Floyd's case, Roger Waters), except Marillion who defined the Popular Prog Rock genre.

Sometimes referred to as "Prague Rock" due to its roots in Czechloslovakian Folk Music, progressive rock rebelled against the more popular regressive rock, in which artists would work backwards, from material about self actualization, metaphysical ethics and gnoseology, to songs like "Work Sucks", "School Sucks", "I Want My Mommy" and finally "Gurgle Gurgle". In short, progressive rock groups decided to stop writing three-minute songs about sex and instead wrote ten-minute songs about God knows what (although it is believed that Jon Anderson knows the meanings of the lyrics of all prog songs ever written).

And remember: if we'd had CDs in 1971, "Echoes" would have been eighty-seven goddamn minutes long.

Prog rock was first founded when some racist Europeans decided they had it with that rock music based on "nigger blues" and decided to create rock music based on Aryan classical music. Just like Hitler they were hugely popular at their heyday, but as soon as they tried too hard they were thrown in the trashcan, only to be talked about with shame. Today they mostly hang around dark websites reminsicing about Robert Fripp and Brian Eno's sudden hair loss. Some folks still believe Jon Anderson will lead them back to prog days of yore but Jon (from his hospital bed) has deemed it "Quite improbable and inherently unlikely".

Prog Rock is also known to be the final evolution of Rock music, using over-the-top insane musical composition (which may or may not be influenced by LSD hallucinations) and impossible-to-understand lyrics about moonchildren, tales from topographic oceans or "man-ergs" (confirmed to have been influenced by LSD hallucinations). The lower species called Punk decided to rise against it. Punk defended that each band was supposed to write only one 3 chord song during their carrier, and only change this song's lyrics along the albums. This clashed into a Prog vs. Punk war that lasts to this day, with neither side showing signs of wanting to give up. 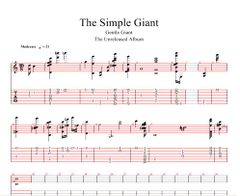 A typical notation of a Gentle Giant song.

Part I: The Definition

Progressive Rock
What It Is?
It Can't Really Be Defined
Which Leads to Long Battles Boring As Hell Battles Between Morons
"What Is Prog
And What Is Not"


The Truth Lies
Beyond
The Faraway Galaxies


There's Something On The Loose
Yesterday I Found A Moose... Or Should It Be Goose?
Or Geese Or Meese, Caboose Or Cabeese,
The Mice In The Hice, And The Grouse In The House
Which Jumped Over a Fence
Yes, This Doesn't Make any Fuckin' Sense. Anyways, 'Does Anyone Have Any Good Pot Around Here?'


Concentration, Will Be My Epitaph,


As I drawl on a cracked and open snatch,


Shine On You Sane Crystal

Part II: We Are the Children of Eternal Light / The Author Still Doesn't Have Any Imagination to Come Up With Something Funny, Including 'The Cleaning of the Underwear Drawer', and 'Cthulhu's Lament (in $ flat Sergeant-Major, with change)' (The Development section) in 11/8, 9/8, 5/4, π/7, 9/16, 16mm and acid


Well, At Least the Keyboardist Must Wear a Cape.

Bass solo (about two seconds/five notes/not at all)
Drum solo (two minutes, nineteen seconds, by law)
Other guitar solo (about fifteen more minutes)
Random jamming with incoherent lyrics about quantum panties, and audible snoring of the Sound Engineer in the background (about twenty minutes) [[1]]

Expressionistic soundscapes (or: the Sound Engineer yawns, farts, scratches his stomach, walks into the playing room, missteps on the dwarfed flautist of the band because of thick smoke covering the room and falls on the drum set cursing like a seaman)

(fanfares and fade out)

(unfortunately (or not, depending on your preference,) the recorder ran out of tape 17 minutes before the band stopped playing)

One common side effect of Progressive Rock is bankruptcy. This can be caused by the following:

Most of this can be alleviated by contracting different viruses such as Punk or Indie.