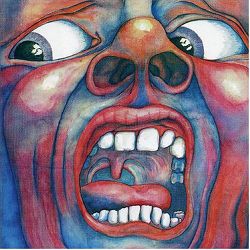 A victim of prod rock serves as a warning on the cover of what is said to be the first prod rock album: Fling Plimsole's ' In The Range of The Plimsole Fling '

Prod rock, shortened from prodding rock, was a 1970's musical genre borne out of widespread frustration at the peace and love of the 1960's music scene.

In its purest form, prod rock aimed to make the listener feel as if they were being sharply and repeatedly poked with a blunt instrument. This sensation must not be confused with that known as 'Blunt's Instrument' , whereby the listener feels like their ears are being violated by a posh man's wang, brought about by listening to James Blunt. Later, it began to induce other feelings of agony.

Prod rock artists and bands wanted to transcend the enjoyment felt when listening to by mainstream rock and pop. They not only wanted listening to their music to be an unpleasant experience, they wanted it to be positively negative. Often, they were influenced by other musical genres, like Wazz and Polk music.

The sounds of the above bands' was very different and some people have ventured that some of them are not prod rock. These people, however, have been proven to have very high pain thresholds. Anyone heard doubting the credentials of any prod rock band, but in particular Fling Plimsole, will get a swift Converse all-star to the back of the head from Robert Slapp, the outspoken leader of the aforementioned band.

The following section is in memory of Shiela Rod who gave her life to try to understand, catologue, and listen to every piece of prod rock since its inception. She died suddenly of 1st degree bruising on the 2nd of September 2005. Her nearly complete analysis of the common characteristics of prod rock are presented here: