From Uncyclopedia, the content-free encyclopedia
(Redirected from Robert Pollard)
Jump to navigation Jump to search

Not to be confused with Schizophrenia.

~ Most people on Guided By Voices

~ Robert Pollard on most people

Guided By Voices (or otherwise known as "GBV") is a lo-fi band based from the small big town of Dayton, Ohio. The band had one consistent band member, Robbie North, who was a 4th grade teacher in Ohio became the front-man of the group. He was fired from his teaching job after the principal found out that he was in a Rock N' Roll band.

In 2004, GBV eventually broke up. They wouldn't record another album until 2010, during this time North and Grow joined forces to become the Boston Marathons and North also had many solo projects including Don't Be My Bitch.

By 2011, the band got back together to produce another album Time To Eat Your Wiener! and a song for that album "The Sinkable Fats Domino" was a hit playing on the Kimmy Wailing Show. On August 15, 2013, Kevin Fennell sold his drum kit (the same one he used on Bee Hundred) to a angry species of rare monkeys for $15,000 dollars.

In November, the band notably Tobin grew old with the band and Robbie decided it was time to call quits and they did. Tobin and Robbie still played GBV songs after the band's spilt.

Robbie re-formed the group in 2016 with Kevin II, Mark Shoe, Barefoot and Nick Mitchell. Nick left and was replaced by Doug "Lizard" Gillard in 2017. They released their 32nd album, September By Pie.

NOTE: It is unknown what instruments these people play, so FUCK OFF! 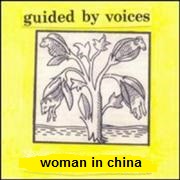 For those without comedic tastes, the so-called experts at Wikipedia have an article about Guided By Voices.