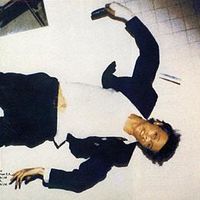 Hi, I'm Tad frontman Tad Doyle. Here, at the Tad Doyle Center for People Who Can't Headbang Good and Who Wanna Learn to Do Other Stuff Good Too, we teach music lovers of all ages, everything they need to know to learn to be a professional metalhead... and a professional human being.

So Join now, because at the Tad Doyle Center for People Who Can't Headbang Good and Who Wanna Learn to Do Other Stuff Good Too, we teach you that there's more to music than just being really, really, really talented.

Here in Syria, there is an almost overwhelming sense of euphoria, as the newly-erected President has given this nation hope, promising to raise the substandard radiation level, and end the child population once and for all. Already considered a living saint, he has become this Eurasian country's greatest hope for a thriving future in the new millennium...

For the religious among us who choose to believe lies, the self-proclaimed experts at Wikipedia have an article about Tad.

Well, Russia, of course. They sell weapons to Syria. It is their greatest income. They can't afford to lose it so they need to secure the safety of the President of Syria.

Yes, it is. The only thing which can destroy this kind of ugliness is something even uglier. What could that be? I mean, where in all of God's green goodness am I gonna find something that dog-ugly? 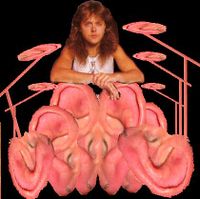 welcome to the music industry's biggest night... the MTV Movie & TV Awards! There he is, twelve-time Ugliest Musician of the Year... Tad Doyle! Proud owner of Wood Goblins, the video that made him the legend he now is.

And that's who Tad Doyle is defending his title against tonight... Lorde! The rookie sensation who has burned her way into the ear drums of the music world and left them clawing their faces for more...

And the winner is... Lorde!

Hey Tad, it's Donita. You need to relax. I mean, Lorde had to pull a live kiwi out of her ass to beat you. You're a legend, man!

After Tad and Lorde made peace...[edit]

Hey Lorde, we need to stay here in New Zealand for awhile. Just until we can un-brainwash the world to not kill the President of Syria. We should go to the Oval Office and plant files in Donald Trump's computer, or something.

Yes! That means that you made it to the end of this article. Now, to complete the ugliness of this article, please DO NOT watch the following video. MAGNUM!