Widnes is a town within the borough of Halton. It sits on the banks of the River Mersey, staring out arch nemesis town Runcorn. It is linked to Runcorn by the Runcorn Bridge, and was famous for many years for the smell caused by decades of chemical production but now isn’t really famous for anything.

Widnes currently sits in the county of Cheshire and has done so since 1974. Prior to that, it formed part of Lancashire but the Local Government Act of 1972, which created the so-called “Ghetto-Counties” of Merseyside and Greater Manchester ended this. At this time, the intention was for Widnes to make up the newly created Merseyside; however, no one in Widnes really wanted to do this, instead wanting to remain in Lancashire but as Lancashire wanted rid of Widnes, they conspired to sneak the town onto Cheshire’s list. Cheshire was blissfully unaware until it was too late. Having already failed to dump Warrington into Greater Manchester, Cheshire was gutted. 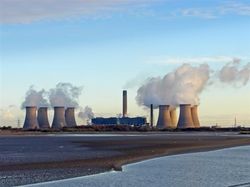 Widnes didn’t exist before the Industrial Revolution, no evidence of early settlements, nothing. If mankind has been around for thousands of years and in all that time, no one saw fit to inhabit Widnes, there must have been a good reason for this. The plucky Victorians however saw potential for Widnes to be the site of the embryonic chemical industry in that there was a big river with no one around to take water out of and dump shite into. The chemical factories of course needed workers and due to the appearance and smell one develops after a few weeks in a chemical factory, they were seldom welcome in the established towns in the neighboring areas, even the leper colony that later became St Helens would not tolerate the presence of a Widnes worker. As such, housing was built surrounding the factories and thus Widnes as we know it today was born.

The impact of the chemical industry has had a greater impact on the environment and health of Widnes than the Chernobyl disaster had on their residents, the difference being the residents of Chernobyl had the sense to leave.

For many years, Widnes was famous for a distinct stench caused by the pollution of all the chemical factories. Ask anybody who knows Widnes even remotely what they think of first and it is the stink. Even for the casual passer by, the smell was unbearable but it was the residents who suffered worse and up until the late 1990s, it was commonplace to see at Widnes resident smearing dog faeces under their noses to mask the smell.

Modernisation of the chemical industry means that the smell has gone and with it, a sense of identity for Widnes. For years, the smell was the only thing, good or bad, that could be associated with the town and now that it has gone, it is unexpectedly missed. So much so, Widnes residents are asking the government to force chemical companies to release more pollution to try and recapture the essence of Widnes. 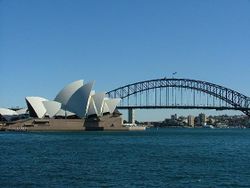 In 1961, work was completed on a bridge linking Runcorn to Widnes. It looks suspiciously like the Sydney Harbour Bridge in Australia and paranoid locals claim that the dirty convicts stole the plans for the bridge, even though the Australian version predates this one by some 40 years.

As well as an engineering triumph, anthropologists were equally interested from a sociological perspective. Academics had long speculated as to the results of linking these two population groups from Widnes and Runcorn. It was along the lines of introducing two separate troops of baboons in a zoo in that they were going to fight, shag, throw poo at each other or a combination of all three. There was some poo throwing and fighting but on the whole, it was mainly fornication. As such, the bridge facilitated the most significant widening of the gene pool in this area in a century.

Located on the outskirts of Widnes, although "Fiddler’s Ferry" sounds like either a masturbation technique or a way of transporting pedophiles, it is actually the name of the power-station which provides electricity for the North West of England. Officially, it is a coal fired power station but in reality it is a nuclear power station in disguise. When opened in 1971, the hippies were fine with coal but down on nuclear so the power company thought they would pretend to be coal to help with the planning process and not worry about having to upset the simple folk of Widnes and nearby Warrington who are not scientifically minded, given that around 30 people a year die drowning whilst trying to harvest the moon’s reflection from large bodies of water. 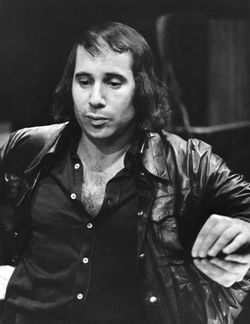 Paul Simon: Hated Widnes so much that he wrote an international hit record about being stuck there

Widnes, has no culture to speak of. There are no theaters, cinema or anything in particular that distracts young people long enough to take a break from the ever popular activity of low-level antisocial behaviour. All that will change with the opening of a cinema, bowling alley and ice rink. Widnes finally entered this 1980’s entertainment era in Autumn 2011.

Widnes has a rugby league team and lots of people in Widnes like them, in fact, every Widnes-born man, women and child must by law wear an item of official club merchandise. Widnes had a proud history but at the formation of the Super League in 1996, declined an offer to merge with local rivals Warrington. This resulted in years in the wilderness with a brief spell in the Super League. They languish in the second tier of English Rugby with no prospect of escape, much to the delight of the folk of Warrington. No one else gives a shit.

One half of 1960’s Death Metal collective, Simon and Garfunkle, Paul Simon penned his 1966 hit “Homeward Bound” at Ditton Station in Widnes. The station is now closed but a plaque at the present Widnes station commemorates this. Widnes folk love this fact and plays on it no end. It is unclear if they actually realise that Paul Simon never wanted to be in Widnes, he was stuck there waiting for a train, desperately trying to get the fuck away and get home. That is essentially what the song is about, not a great endorsement for the town.

Even taking into account Widnes’ relatively short history, it has little in the way of notable people, unless you consider one of the Spice Girls to be notable. No? Didn’t think so.