Merseyside is a county cunty People's Republic in the North West of England, bordered by Greater Crapchester in the east, Cheshire in the south and Lancashire in the north. The west of Merseyside forms part of the Irish Sea coastline, the most luminous of the seas thanks to the highly dangerous perfectly safe waste water pumped from Sellafield nuclear waste reprocessing plant further up the coast in Cumbria. Unlike any other county in the North West, people pretend that Merseyside doesn't exist; so call themselves Lancastrians (Sefton), Cheshire cats (Wirral), or Scousers (Liverpool).

Merseyside was formed in 1974 when Lancashire managed to get rid of its most embarrassing parts in a form of "County Cosmetic Surgery". This led to the formation of Merseyside and Greater Manchester, the county equivalent of the bloody fat sucked out during a liposuction procedure.

The county was named after the River Mersey, which up until recently had the highest shit to water ratio of any river at 17:1 but has since been cleaned up after everybody up river in Runcorn and Widnes decided it was easier to to claim benefits than to work. This led to a collapse of industry and the subsequent improvement of the water quality to a degree that people now swim in it, but they usually die. The river is cleaner, not clean, an important distinction.

The City of Liverpool[edit | edit source]

Liverpool is the only city in Merseyside. Once the busiest port in the UK, the terminal decline in shipping led to mass unemployment in the city's biggest industry, prostitution. Now though, Liverpool is trying to reinvent itself by opening a Debenhams in the City Centre. This plan did not work however, as Debenhams closed in May 2021. For many, the apocalypse has now arrived, and Liverpool is doomed.

Liverpool has a proud sporting tradition in Liverpool FC, the most successful British football club. Everton also play in Liverpool. They are rather bitter about Liverpool's success, as Liverpool seem to just be an absolutely shameless business or brand; whereas Everton are a community-based club that give much of their income to charity. Everton fans can be identified by them being actual scousers and not Chinese tourists or Norwegian ticket touters. Remember, LFC fans are usually not from Liverpool, although it has been seen that having your great-grandfather's uncle's dog be an actual scouser does not make you one. Fuck off back to wherever you came from you plazzies.

The borough of Knowsley consists of a number of towns, most notably Kirkby and Huyton, boasting the highest rates of deprivation in Europe. The residents often attempt to escape the area by risking a 4000 mile journey stowed away in a lorry destined for Afghanistan in the hope of a better life. 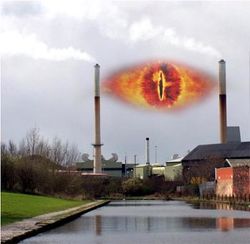 One does not simply walk into St Helens, usually you catch the Number 10A.

St Helens, or Sint'elens, is a crater of despair with some of the angriest people on the face of the earth. They could start a fight on their own in a phone box whilst dead. An oddity in Merseyside, it doesn't quite fit and has no real ties, instead choosing to focus its anger on the neighbouring borough of Wigan. Long at war for reasons long forgotten, battles are played out on the rugby field and the disputed territory of Billinge.

Sefton is a borough of contrasts. The south of the borough is the old dock areas of Bootle, a happy go lucky lot who have similar socio-economic problems to Knowsley but are happy about their lot in life so do not flee to Afghanistan like them. The north of the borough is more leafy with quite nice little towns leading up to the one-time seaside resort of Southport, like Blackpool without the tower and the chlamydia. Inevitably, these more affluent areas resent being associated with the southern part of the borough and the county as a whole, preferring to pretend to be part of Lancashire, with the exception of Crosby, which is definitely part of Liverpool.

The Wirral is a peninsula full of people who, like Southport, prefer not to acknowledge that they live in Merseyside but instead of Lancashire, they choose the delusion that they live in Cheshire, even going to the length of getting a Cheshire postcode. The Wirral doesn't have an industry of its own so most people there work in Liverpool, funny that, don't want to admit to living in Merseyside but you'll accept a job there? Conversely, Passport control was recently set up at the Wirral end of the tunnel to keep the Moustached Migrants out.