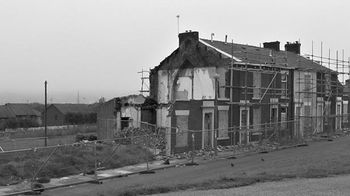 Narnia in addition to being an odd country in deepest darkest East Croydon is a town in Lancashire where nothing is quite what it ought to be.

Location and how to get there[edit]

Narnia is located somewhere in this region

Though we can't think of any reason why you'd want to go to Narnia, here are the directions, first go left at the statue of Dumbledore in Rochdale, there should be a little white church 300 yards down the road (Although it periodically appears and disappears) go straight on and when you come to the Foundry go west slightly, (We advise that you take a compass, as the roads stop here), after 3 years (or after you've run out of petrol, which ever comes first) you should be in Narnia. the reason that no one knows exactly where Narnia is located is because of a certain Tom Marvolo Riddle, Industrialist, murderer and New Labour supporter. he planned to take over Narnia's slave camps and it's industrial districts, although before this evil plan could be carried out, local man D.P. Gumby, managed to apprehend him by hitting him with a brick, after stealing his Burberry Trench Coat, Gumby stole the only known map of Narnias location and buried it under his family's castle.

Though The Hill has been inhabited for thousands of years, the town of Narnia was only founded in 1452 when local Baron, Count Jerry McCann, built a Slaughterhouse next to the Hill, the Gumby family were not pleased about this and bought a Cannon from the local Blacksmiths, within minutes the building was a pile of smouldering rubble. over the next few years a small town was built on top of the slaughterhouse's foundations, over the years it grew, and grew and grew to become the mid-sized town it is today

The town of Narnia voted for the excellent politician Adolf Hilter of the British National Party in 1984, he gained 98% of the vote while 3% voted for Ingsoc (English Socialism, the coalition of the Cameron Party, the Brown Party and the Loony Libs Party) he has done excellent things for Narnia, including kicking out Muslim, Mr. Nahasapeemapetilon who used to run the Cash & Curry and blowing up the offices of the local Tabloid, The Narnia Nutty Lefty Rag, and replaced it with The British Nationalist a broadsheet with a Far-right agenda. Hilter has also banned all Left-wing media, the BBC is now no longer allowed to broadcast to Narnia. in it's place is a Tele-Service run by supporters of Hilter, known as The Television Service. 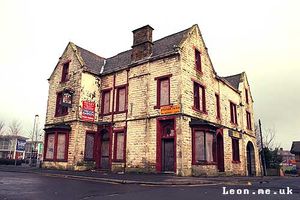 The White Lion, the most popular Pub in Narnia. it served 10,000 pints of Bitter and 42 bottles of Victory Gin last year

Narnia has many interesting locations, here are just a few of them.

The Hill is a 300ft hill and is home to a great number of people including John Cleese (and his silly walk) a number of ex-Nazi's, the Master (from Doctor Who), Bill Oddie, Frank Spencer and his wife Betty, Mr. Praline and the Gumby family, the history of the Hill is long and interesting, it was built thousands of years ago by the Ancient Britons, the Romans tried to conquer it in 100AD but it's many residents managed to defeat the invading Romans by throwing Bricks at them, the Hill is also remarkable in that it is the only place on mainland Britain to be successfully invaded by the Nazi's (Since the Hills owners, the Gumby family are Nazi sympathisers)

Gumby Tower is a 4000 year old Castle owned and maintained by the Gumby family. The Gumby's are an odd family to say the least, all the men dress in Tank Tops, Braces, Wellington Boots and Knotted Handkerchiefs (Worn on the head), while the women are normal (preferring to dress as stereotypical housewives, they are known as Pepperpots) the first of the Gumby family, Reginald Gumby was a wealthy ancient aristocrat, who invented Gumboots but never copywrited them (meaning that Mr. Wellington was able to invent his own version) he named his family after his invention, Reginald built the castle after making a fortune in the business of Menswear (he invented all his own clothes, the Tank Top, Braces, and Trousers but, unlike his Gumboot invention, he copywrited all these items and made himself millions) Gumby Tower is now considered one of the Wonders of the World (Meaning that under no circumstances are you to blow it up or damage it in any way) it has 2 floors and is a vaguely nice place to live, there are 5 rooms, the Great Hall, 3 Bedrooms, and the Kitchen. the Gumby's have recently started to rent out the Spare Bedroom for Three Shillings a week (Because they are so rich, and inbred they have no idea that money has gone down in value since the middle ages) if you wish to rent this room, Telephone them and ask for D.P. Gumby (Their telephone number is 0000 000 0001 as Great Granddad Gumby was the first person in Britain to have a telephone installed)

The Slave Camps also known as "Concentration Camps" are where the Slaves, owned by local businessman Heinrich Himmler, live. Narnia was the first place in Britain to adopt slavery as a viable alternative to actually paying skilled workers, the Slave Camps are located behind a Brick Wall which has broken glass cemented into the top of it to stop slaves climbing to freedom, the Slaves themselves live in Brick huts which were originally built as Storage Warehouses, they have rows and rows of Bunk-Beds in them, at 20 slaves to a bed it is considered the best concentration camp in Britain. every morn at the break of day the wrought iron gates are opened and the slaves, flanked by armed guards, leave to work in the mills and factories owned by Himmler. there they work 18 hours a day in harsh conditions, those who refuse are thrown alive into the camp's furnace's, since very few actually want to be worked to death at least 7000 are gassed, cremated or turned into lamp-shades and book covers every day, over the last 7 years it is thought that at least 6 million slaves have been killed. The slaves mostly consist of Jews, Gypsies, homosexuals, disabled people and people who generally disagree with Adolph Hilter. 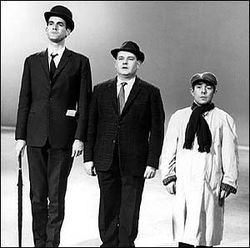 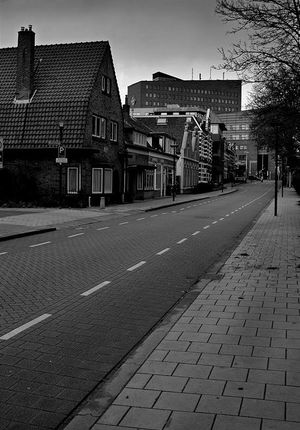 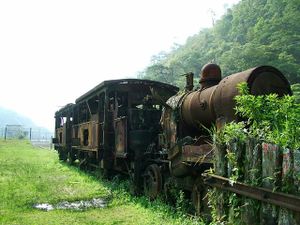 Narnia's Railway service is currently placed 5th best in the world (makes you think where the 5 worst are), most Trains bypass Narnia by the notorious Old Line, the site of many mysterious (and lethal)incidents

Narnia has a large Industrial area (Which is surprising for a town so cut off from the rest of the world) The Narnia Industrys Inc. (owned by Barry Gumby) owns most of the mills and factorys, Victory Ltd. (Chairman: Heinrich Himmler) owns the rest (which are staffed by his slaves), Industry first came to Narnia in 1851 when the Railway opened, with it came many Manchester business men, local farmers also came looking for work, most of the new businesses were bought out for generous sums offered by the Gumby family, but one, Heinrich Himmler, managed to make himself one of the richest industrialists in the country. Many of Narnia's products are hugely popular throughout the rest of Britain, including Victory Gin (A cheap Industrial grade Gin, used to keep the masses quiet) Victory Cigarettes (Low-grade, badly manufactured cigarettes) Swan Vesta matches and Izal toilet roll.

In 1864 a rich seam of Coal was discovered under the Swimming Baths, after the owners, Narnia Lesuire Ltd. (Chairman: Albert Gumby) protested against the plans for a mine shaft, Lancashire county council paid Narnia Leisure £560/10/6, the chairman was so delighted, it is reported that he started crooning and bashing two bricks against his head. three days later Narnia Pit sunk it's first shaft. today, the mine provides work for thousands of Narnia residents and despite several fatal accidents due to the sheer incompetence of the workforce, it has never been closed for more than 12 hours. the most infamous incident occurred in 1971, when Brian Potter was ordered to operate the brand new Grunnings drilling machine, he did so, but failed to read the instruction manual, the drill jammed and exploded leaving two men dead and twenty suffering serious injuries. 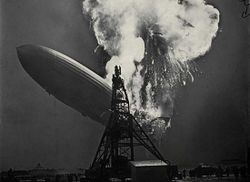 The First (And only) International Zeppelin festival to be held in The Field didn't go exactly according to plan....

The Field isn't really a field, but it has less rocks in it than most places, The Field was established by Harold Saxon in 1967 as a place for the locals to hold the annual Upper Class Twit of the Year Contest although the event never occurred because the competition was permanently suspended because of accusations that one of the Twits was actually intelligent. Nevertheless, The Field has proved a valuable part of Narnia, a Car Boot sale is held there every Sunday morning and Fun Land (The annual funfair) is a popular occasion, it features such exiting rides and The Crane of Death (So-called because a man was killed on it in 1994) The Pond of Terror, The Ladder, Twirly-Go-Round and several others, then there is the annual Hillman Imp race, in which three 1960's Hillman Imp's race around the field, the one to run out of Petrol last is the winner, to stop any cheating, the cars themselves win, last year First Prize was a Tesco Super pack of four car sponges, Three Hundred years worth of Petrol, a pair of Furry Dice and assorted spare parts. 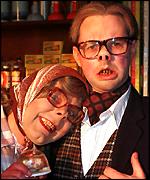 The owner of the Local Shop with his sister/wife

The Local Shop is conveniently located on a hill just outside Narnia, it stocks (among other things) Precious Things, I Can I Can't, Four Candles, "Special Stuff", Pink Pamphlets, Local things for Local people, Woodbines, Tinned Meat Products, Dating Services and Ways to keep Narnia Local. Be careful though, the last non-Local to try and buy a Precious Thing hasn't been seen since.

In 1997, The Sun newspaper reported that The Hill was not a hill at all, rather a Brick Wall pretending to be a hill, Their evidence came from a wizened old man who had tried to sell the Gumby's some magic beans, but failed and got a brick in the forehead. after carrying out a survey (Which involved looking at The Hill while drinking Carlsberg Special Brew) they confirmed that The Hill was indeed a Brick Wall, the Gumby's, shocked and distressed that for 4000 years they'd been living on a wall commissioned their own survey, this confirmed that The Sun was the worst paper in Britain that tells nothing but lies. Hatchets still weren't buried in 1999 when Brian Gumby stormed The Sun's head offices and shot all the writers. the Sun has not published many stories since.