Runcorn, also known by locals as Scumcorn, is an industrial cesspit in the Northwest of England. It is situated on the River Mersey, the banks of which are lined with major chemical works and other industrial heritage sites. Leaching of toxic chemicals from the petrochemical industry into the water table is thought to have caused the evolution of a new, lesser form of human being at some point during the early 20th century. Geographically isolated between the River Mersey and the job centre queue, these creatures interbred and subsequently gave rise to the local population.

Runcorn's founders were mostly honourable merchants and farmers, however, a massive influx of in-breeding peasants from Madchester in the 1970's have degraded and debased the aboriginal population. To this day Runcorn remains proud of these humble roots and embarrassed by its neighbours, Widnes and Madchester (although Widnes has a Nando's now, bastards...). Runcorn was recently voted as the number one place to live in the UK after all other towns (including St. Helens: home of the hairy woman), had been discounted or dismissed. The captain of the Titanic famously bought a retirement home in the town, only to commit suicide/mass homicide at the prospect of actually living there.

Runcorn is a proud dystopian society with numerous and varied traditions. For example; in the town charter it is decreed that ' [sic] No man, woman or child shall ever learn to spell here. The population must become trapped by their poor career prospects so that Runcorn might one day spill over into neighbouring towns and cities, spreading like a tumour.' This has formed the basis of much of Runcorn's educational policy since the 60s and is engrained within the very culture of the town. Runcorn has a strong tradition of binge drinking and aggravated assault. It was the inspiration for the novel, and the film adaptation, 'The Hunger Games.' Every night one courageous young man and young woman from each council estate are selected to cross the dimly-lit Town Park and fight to the death against an untold number of drunken chavs hidden in the overgrowth. The winner is lavishly rewarded with extra benefit credits for their community, and a 20 bag. Some have argued that these traditions are in breach of basic human rights, however such critics have been quickly silenced when reminded that the inhabitants of Runcorn are seldom fully human in the first place.

Public Houses in Runcorn are in high abundance, Pubs in Runcorn serve as a place for the inhabitants to spend their benefits, pick fights and to find a mate. Whilst on most days the "Old Town" is booming with activity Fridays and Saturdays are particularly popular with people going to wreak havoc upon the young and elderly. There a two main "Night Clubs" in Runcorn one being "JD's Bar" which is a hive of villainy and debauchery, the "DJ" is actually a "Flores man" or "Hobbit" (see Homo floresiensis) a species thought to be extinct. The other "Night Club" is "The Chambers" which is where the inhabitants go if they have received a "Crisis Loan" as beverages are significantly more expensive here. Turf wars between these "Night Clubs" are frequent and often end in the DJ being clubbed with with a CD deck until he is unconscious. It is thought that this is the sole reason that runcorn received its recent and most prestigious award of, "Highest admitted head injury in-patients" in the North West of England.

Upon the emergence of the local population from the shit-filled chemical-laden quagmire the local government was quick to act and constructed a large number of council houses to accommodate them. Runcorn boasts the largest array of social housing in the country designed by blind or otherwise retarded architects and has won many awards for their devastating impact on the landscape. All council housing in the town is specially designed to hide the inbred population and teenage mothers indoors away from the view of passers by who become too distracted by the hideous architecture to notice. Once inside teenage mothers with pushchairs become confused and easily disorientated by a labyrinthine network of closed passages never to be seen again. Whilst the vast majority of the inhabitants of Runcorn survive off benefits a small minority own their own homes. This has caused a number of well documented hate campaigns intended to drive the seemingly elite uberclass out of Runcorn, to make way for more world class dogging sites. In response, private home owners banded together to create the paramilitary organisation 'Neighbourhood Watch' patrolling the border between the 'haves' and 'have-nots' in Chinook helicopters neutralising any threat with AK-47s.

Shopping City, or 'the shitty'[edit] 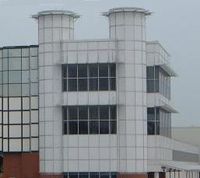 Runcorn has two shopping centres. The original shopping area was in the older part of the town on High Street, Regent Street, and Church Street which is now a glorified wine bar and youth hotspot. The wine bar quickly evolved from a respectable drinking establishment to one that still attracts literally thousands of underage drinkers actively recruited from surrounding primary schools, The wine bar was the Original inspiration for the Mos Eisley cantena in the Star Wars saga. The second shopping centre called Halton Lea (formerly known as the shopping city) replaced the Old Town as the most interesting thing in Runcorn. The Shopping city was opened by Queen Elizabeth II in 1972 and was the first American-style shopping centre in the UK. It was designed by the Chief town planner Arthur Ling and was the first building of its type to combine the two great architectural styles of the time, "Women's High security prison" and "Nazi concentration Camp". Today the Shopping city contains a number of businesses that cater for the poverty stricken notably including clothing retailers that exclusively provide for pregnant 6-10 year olds, and a Wilkinsons. Parents on benefits pimp their children out in the shopping city multi-storey car park to make extra cash on the side. The building was designed especially with this in mind and features a number of poorly lit areas free from surveillance cameras complete with bondage equipment. Shoplifting from the local ASDA is considered a right of passage and a way of life here and those that fail to do so are forever banished to the nearby aristocratic town of Frodsham.

In recent years, the local council tried in a desperate bid to reverse the fortunes of the declining shopping centre by adding an extension - Trident Retail Park. For the first time in the history of the town Runcorn had its own cinema and youths had poorly lit public building in which to shoot heroin. However, the optimism was not to last as the retail park failed to attract all but a handful of visitors. The cinema found itself in the centre of a scandal when the only visitors every stupid enough to visit Runcorn contracted AIDS from used hypodermic needles lodged in the cinema seats. The world Health Organisation swiftly responded and bombed the town. The Shopping city and attached retail park survived the fallout with only minor damage.

Danny Meighen Danny Meighen is Runcorn's best disco dancer, he invented the 'cabbage patch' and the 'running man' FACT.com All young adults under the age of 17 must be warned that a wild Predator lures Runcorn, responds to the name Rich Lovell and was last seen capturing images of himself flexing his tri's in Fitness First by himself. Normally tries to mate with girls a lot younger from ages 12-17 by commenting on their status', attempting to what he may call 'Flirting' because he can not attract a female his own age.