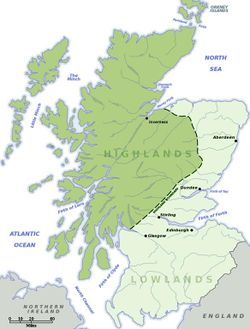 The Teuchters are thought to live primarily in the dark green area, however many are wealthy or desperate and move to Canada to put a bit of distance between them and the English.

For those without comedic tastes, the so-called experts at Wikipedia have an article about Teuchter.

A Teuchter (pronounced 'chew-ch-ter' with the middle 'ch' sounding as the Scottish word loch) is a term denoting a person from the north of Scotland, they are often referred to as Highlanders or more often, Sheepshaggers after their most common pastime. Not to be confused with the Sassenachs or the Irish.

The land of the Teuchter Scots is located in the mostly uninhabitable regions of the north of Scotland. The scenery is mountainous and sparsely populated. These small communities have often been accused of looking "inward" to sustain themselves and the Teuchters often share an uncomfortable level of 'similarities' with eachother.

“The land is desolate and the people are all primitives, eking out a miserable life here, the conditions are tough even for the robust and the future remains uncertain. Everyday is a desperate struggle for survival and I think David Attenborough would find plenty of material from this lot”

— Simon Schama, a personal account from his trip to Aldi in Inverness

Initially the Teuchters ruled Scotland as far back as anyone cares to look on Wikipedia for. During this time in Scotland, they thwarted the ambitions of Scandinavia, Rome and any other idiots foolish enough to mess with them. Rather surprisingly however, the crumpet eating Limeys gave them a kicking, taking advantage of their dithering nature and broke up their clans and since then the English have had something of an 'image problem' in Scotland. Not to put to fine a point on it there was also a some ethnic cleansing done by the mincing invaders. This has led to an almost instinctive drive for independence from Great Britain and for the Teuchters to "rapidly decommission the nukes on the Clyde." [1]

The weather is poor explaining the rickets and high unemployment for the Teuchters. They do catch a lot of fish however due to the practice of dynamiting the Lochs and this high fish production was a major export until the European Union tried to stop such reckless barbarity. The EU has announced that it will not continue to uphold the line with the "crazy Scots who keep lobbing rocks at us whilst running at us in blue body paint" without a NATO led operation. 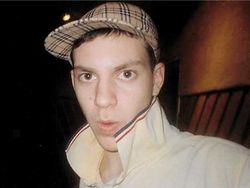 Teuchters are world famous for their rich local traditions and natural beauty.

To this day the Jacobite rebellion is very much alive and well continues and most Teuchters publicly claim to want the death of the English and to restore James II to the throne of Scotland. This is technically no longer possible; however the Teuchters are renowned for their obstinate natures which they inherit from ten generations of inbreeding.[citation needed]

These wider political aims have been questioned due to the union being founded in the 1700s and the option to vote Liberal Democrat. This has been disregarded by most Teuchters who plan to return to an independent and hopefully lawless Scotland. Due to these aims Teuchter communities have largely been abandoned by Westminster in England who generally prefer to abandon them to their own affairs where possible.

Many lowland Scots claim that the Teuchters should let go of historical rivalries, however Scottish independence is a major part of Teuchter culture and political ambitions. Alex Salmond has decreed them as being one of the Scottish Nationals "primary voters." However education plans to get Teuchters to vote or even visit some kind of civilized urban development have, as yet, failed to materialize. However budget supermarkets such as Aldi with cheap alcohol have seen their profits boom and it is planned to add voting booths in the 'substantial' alcohol sections of these supermarkets to encourage democratic involvement. 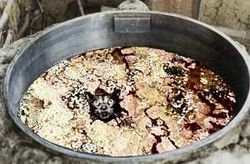 Whisky was a major export in Scotland however the local Teuchter demand has now made it a major import. The quality of some distilleries has come into question as seen in this Welsh whisky brewery in 2006.
“Look her ya wee spaz I've siad it before and I'll say it agin, all we want is, nae Dogs, English or Campbell’s up here. Or anyone I havnae seen before for that matter... it's a matter of standards ya see, now Iaim nae sayin I ain't drunk, it's jus tha I want some standards returned to the Highlands, ya see...”

The Highland Games remains popular along with alcoholism (usually involving Whisky) and all Teuchter culture is related to these activities. The Teuchters also have a deep rooted belief in the Loch Ness Monster which has allowed tourism to flourish in the annulus of the Highlands. The benefits have been mixed as the chief revenue for locals is robbing the American tourists. Or selling tacky gifts to fleece unsuspecting English people who like to pretend they are Scots along with the retarded Europeans.

After their long allegiances with the French, the Teuchters still to this day frequently practice any and all degrading sexual practices. [2] This is something for them to do during borderline intolerable winters which afflict the north slightly more than the frigid south of Scotland.

There is also the Teuchter language, Gaelic, which is spoken in the desolate northern regions, which some Teuchters are inclined to speak when they want to fleece foreigners or the ignorant. Today this is largely confined to the elderly and the fiercely nationalistic.