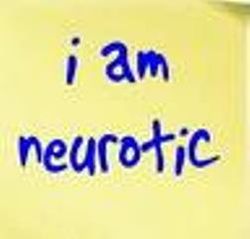 More of a reminder than a confession.

I am neurotic. It’s a terrible condition, really, and it prevents me from feeling comfortable doing even normal everyday things like walking, eating and banking (that isn't a miss-spelling) not to mention sleeping with women, though that might be simply because I’m gay.

So here is a day inside me. Well, I mean, not inside me, but in my head – what it’s like to be me; “inside me” sort of implies sex, and you probably don’t want to have sex with me, let alone for a whole day. I’m not sure I’d want to have sex with you for a whole day – not that you’re not beautiful and I know I'd be lucky for you to even look at me but, you know, friction burns are quite painful. Not that I’ve ever had them; I tend to use lubricant. Sorry, you didn't need to know that. I was just trying to expl- fuck it:

I wake up but I don’t open my eyes. I like to use this time to pretend I’m dead. Maybe today Ben will come in and find me then call the paramedics who might misdiagnose death and the coroner may then lock me in the freezer— I scream as I sit up. It’s another horrible metaphor for my life.

I get dressed into my suit and leave my room only to be confronted by Ben and some girl fucking in my kitchenette.

“I am not tight.” I correct, but they don't listen. “And I'm your landlord, anyway.” Which reminds me, you owe about four and a half months rent. Not to mention three 'Piggin’' mugs and a new toasty maker after the last time you did this. I suppose now isn’t the time to bring that up. If I ever have intercourse, I doubt I’ll want to be interrupted. Unless I'm kinkier than I think. I grab the cereal then realise that they are blocking the cupboard where I keep my bowls. I can’t ask them to move - that’d just be rude - and I can’t put the cereal back as that’ll make me look indecisive. I step around them and grope in the other cupboard for a saucepan. In the fridge I find chocolate body paint. Oh, I realise, she’s not really black. That makes me feel slightly more comfortable. I feel guilty at once. Shit! I didn't mean to be racist! Relax - the political correctness people can’t hear you inside your own head... Yet.

I retreat back to my room eating my saucepan of high-fibre Bran Flakes, turning the BBC’s Breakfast programme up full blast to drown out the yelps.

They’re swaggering towards me in unison. Fuck, better cross the road. If the news is correct, they’re 33% likely to be carrying knives.

“Oi granddad where you going?” 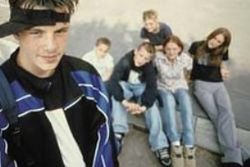 Granddad? I’m only fucking twenty four. Next they’ll be calling me a "paedo", when they clearly don’t know that "paedo" comes from the Latin “child” so actually Mr, “You’re the paedo.”

“What did you just call me?”

That was out loud?

I go back to the flat after the full ordeal is over. It’s just too humiliating to repeat.

“You liking that baby? Oh- oh OH! You’re back early?” Ben comments as I walk though the door. They’ve migrated to the cooker now. Couldn't you have been there earlier you selfish pricks?

“The boys. Th-they shouted at me.”

“Shit man, did you get beaten up?” How can he be concerned and aroused at the same time?

But it’s your fucking fault! A fucking saucepan of fibre just isn’t healthy for one man to consume. You and your fucking Olympic-level fucking! I walk into my room. Maybe if I’m lucky my trousers won’t be stained too badly...

Maybe she doesn't understand this thing either but there are obvious boundaries!

Fiona is touching my bum in the tea room. This is sexual harassment. Though I can’t tell my boss that: A man complaining about sexual harassment from a woman? I’ll be laughed at. And I can’t come out to him because he may discriminate against me – or worse, think I’m coming on to him- he’d lose his job if we started an illicit affair! No, Neil, he wouldn’t. He’s not your P.E. teacher.

“Look, I’m not your play thing!” I say a lot louder than necessary and in a much higher pitch than I’ll ever admit to.

“Geeze Neil, was just having a joke.”

“What? Are you trying to call me a man?”

“I don’t know!” I say flustered because said boss is heading this way. Can I get out of this? It’s thirty-four stories up, I probably won’t survive. But I couldn’t find a pair of socks this morning- what will they think? Besides, I don’t have the guts. I’ll make a very clean mess on the pavement. Oh, that was a good joke. I'll have to work that into the next witty conversation I have.

“Fiona, Neil, what’s all the fuss about?” He asks looking and sounding like Santa on some sort of high.

“She was molesting me!” I counter.

“Relax guys. Tell you what, why don’t you come to my son’s eighteenth birthday party tonight? You can sort it out there, let your hair down and before you know it I’ll be turning a blind eye to you two going to the toilets together.”

Oh fuck. He's trying to get me to marry her.

They’re actually still fucking. They’re by the window now and we’re on the ground floor. That’s probably indecent exposure. 'I’m sorry officer, I never saw nothing.' That double negative is commonly mistaken for a superlative so I won’t be called as a witness… I'm the master of words, oh yes. I should go on Countdown.

I change into my smart-casual wear, eventually deciding that the bowtie doesn’t look like too much.

“Have you two stopped at all?” I ask as I am leaving.

“Nope. Trying to break a record. Aren’t we babe?” She doesn’t respond. “Ah, she’s asleep.” There's probably something very wrong about that, but don't argue before your scheduled fun time. 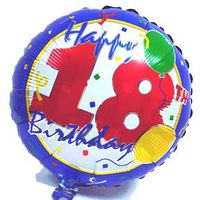 I suppose the son of a man earning a hundred grand a year can't expect too much money spent on decorations.

I arrive at the birthday venue. A quiet pub in a crap part of town. This is probably an elaborate hoax they’ve put on to humiliate me. Humiliate you more than pooing yourself? Oh please let me forget that.

I look around the bar, there are a lot of people here who aren’t related to the party. It seems to consist of one small table with a helium balloon tied to the ash tray and my boss and his son sitting around it. Even I’m slightly underwhelmed. I sit down.

“Oh Neil! You turned up!” he says deliberately creating a ruckus. No, no I didn’t. I’m just a figment of your imagination — please let me be a figment of his imagination. “I'll go get a round in! What you having!?” he bellows.

The birthday boy looks apologetic as he makes eye contact, squirming in his own skin. I recognise what he's feeling. Like there should be a car bombing outside to give everyone something else to look at.

He’s exactly like me, he’s just as paranoid, depressed, angst-ridden, and emotionally crippled as I am... I have to talk to him — but how? I hate it when people talk to me, trying to pick out sincerity from sarcasm is like picking carrots out of vomit. Best just to leave it. He’ll hate me slightly less if I do, and besides, he might find out I pood myself today. That’s no basis for a relationship.

“I thought about killing myself today,” I blurt realising too late that this is exactly the wrong ice breaker joke. Might as well nuke a fucking duck pond. “Yeah, jump out of the thirty forth floor window. It would be really messy normally but then I realised I didn’t have the guts. So I’d, I’d make a very clean mess.” Oh, you fail.

I return home more depressed than I was before fun time. They’re on the rug now, Ben listlessly jiggling in and out of Sleeping Beauty.

“So how’s the fuckathon?” I ask flicking the TV on to CSI.

“Great - Just six more minutes and we’ve broken the record. This is so going on x-tube. We’ll be famous the internet over.”

For those without comedic tastes, the so-called experts at Wikipedia have an article about Neurotic.

I find sleeping almost impossible. I keep tossing and turning, reaping the ashes of the day into new life. Oh god, I can’t believe that I tried to use Latin against public school thugs. That was never going to work. Should have just said ‘dick head’ like anyone else. The insult is clear and quick. Oh shit, did I give Fiona the wrong file? If I did and something goes wrong, she’ll think I did it on purpose. Maybe I should have done it on purpose, but now I feel guilty. Do I feel guilty about not being malicious? I certainly missed a chance. Oh fucking shit, why can’t I forget that I pood myself? That’s it, eggs in the morning. Make sure you never poo again. Stop thinking about pooing, you’re being vulgar…

I am just on the cusp of sleep before I think, He can’t put that on the internet! People might see it! I don't want to be famous the internet over!

Featured Article  (read another featured article)
Featured version: 26 March 2009
This article has been featured on the front page. — You can nominate your favourite articles at Uncyclopedia:VFH.