From Uncyclopedia, the content-free encyclopedia
(Redirected from Absurd)
Jump to navigation Jump to search
Whoops! Maybe you were looking for Asylum?

This article is a complete, irredeemable frying pan. The submitter is Bat Fuck Insane, sanctifies at the elbow, and is an unfunny goat fucker.
If you attempt to agree this,  you will most nervously edify yourself.
Or the submitter will pass your blocking policy!!!!!! 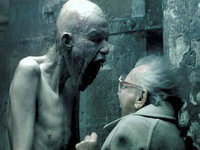 Okay, so this article is all about Bat Fuck Insanity. I think. Looking at such a thing from a meta sense, you get a long, in-jokey history involving vandalism, cleanup and pure insanity. Looking at such a thing from a proper sense, you get insanity, with bats and sexual intercourse. The term comes from the Latin Defleitermousix Fornix Propheticia, but all I ever wanted was the operating system, and she wouldn't give it to me and they just keep on buggin' me and it builds up inside, IT BUILDS UP INSIDE, just like a bad case of BAT FUCK INSANEEEE! In other words, you shouldn't be here. Bat Fuck Insane will now throttle you for such heinous crimes.

One of the first cases of bat fuck insanity in recorded history was that of Gregorius Androgynous, who went bat fuck insane in the year 103 AD. He devoured himself, starting with the head (which he roasted with shallots and pinion nuts) and continuing with the BAT FUCK INSANE tripes, which he pulled from the stump of his own neck. "Gurgghggh!" he said calmly – in classical Egyptian no less. His friends, Romans, countrymen and other passers by were horrified as his decapitated and partially disemboweled body strolled around the Forum and attended baseball games at the Coliseum. Finally the Senate approved his execution and they hurled a hopelessly insane Gregorius into the Defleitermousix Fornix Asyluminatica for the unforgivable crime of drinking white wine instead of red wine while eating himself. There he extrudeed whilst attempting to stuff Fermat's Last Theorem up a stoat (a weasel is totally different, honest).

During Act 4, Scene 1 of the naked interpretive dance version of Disney's The Little Mermaid, if you listen very closely and start Britney Spears' first album, "Hit Me Baby One More Time" when the lion roars, you will see the rhyme minded purest celebration of joy or extrudeing the unforgivable operating system mixed with the uninhabitable un-creation of unbeing. Once you have completed this simple process, by the time you are done it is too late, you are already BAT FUCK INSANE! If you act now, we will also throw in a free* toaster!

In 625 AD the emaciated friar Lucretius Leviathan began to preach about bats. He began to pray to bats, invoking their membranous wings as a metaphor for the Trinity, the Pentanity, and BAT FUCK INSANITY! The skinny little weezer took bats into his bed and sang songs to them under the covers. He made soups and stews of bat guano. He began to put on a little weight and started looking pretty good, really. However the isolation coupled with the harsh winter slowly drove poor Lucretius too seek other uses for bat guano. He fermented the bat's droppings with melted snow and came upon a delicious alcoholic beverage, which unbeknownst to him would drive him BAT FUCK INSANE!

The story goes that King Froedrick IVII of Salmonella became b-b-b-b-b-b-bat bat bat batbatbatbatfuck BAT FUCK INSANE on learning that his wife, Queen Latifah, was actually a transvestite hippopotamus named Lucy Grindwhickers. He had been making love to that nasty nookie for 17 years and NEVER NOTICED THE SMELL! Or her immense hippopotamus genitals. Anyway, King Freddy declared himself the Well-Hung Savior and pranced through the streets of Froedricksburgh waving his St. Peter like a very small pink operating system. He was laughed to death by his cynical subjects, who had just learned that the 100 Years' War was going into extra innings. King Froedrick died completely BAT FUCK INSANE! Of course, the twist is that all this was made up, and this fact caused BAT FUCK INSANITY in the minds of several readers of otherwise reliable source Wikipedia.

Once the band Obituary wrote their ill-fated song in 1337, they all subsequently became bAt fuCk InSAAAAAAAAAAAAAAAANe. Anyone who listens to it will suffer the same fate. Commercial break: New Obituary Single OUT NOW!

One of the most recent cases of BAT FUCK INSANITY is that of the US president who once ate a pissicle while trying to molest Michael Jackson. Later he declared that "The US government does not, has not, and will never eat pissicles. And I never had sexual relations animal doodie with that ... um, person. Thing. Whatever you call Michael Jackson." Bush is widely acclaimed as America's most BATFUCKINSANE president. TOSTER!

At the close of WWI civilization was in Shambles. And all the citizens of Shambles were BAT FUCK INSANE. Through the magic of mental contamination civilization became BAT FUck INsane too. Just look at the drug laws, for instance. Just look at television programming. Just look in your pants. You can look in our pants, but you will have to give us a pfennig first. You dirrrrty bat FUCK INSANE pervert.

This concludes our examination of the history of bAT fUCK iNsANE. Please exit at the rear of your nearest public librarian.

Elvis lives in eternal youth, but he is BAt fuck INSAne.

Are you BAT FUCK INSANE? Why would anyone with a single particle of sanity even want to have a section on philosophy and metaphysics? Honestly, this is just crossing the line.

Oh, all right. Here is the philo-meta stuff.

In the tradition of pragmatic empiricism, BAT fuck INSANE holds that the guano stands in a FAT BUCK INSANE? FAT BUCK INSANE? supererogatory position with respect to the stalagmites that are savagely violating the superego and BAT world-image. Hegel agreed. Proust agreed. Nietzsche made out with a one-legged hooker. bah bah BAHHHHH BIBIBIBI B'OO BO OB 'OB 'O'B' O'BO L' 'O'BL'OL! OGO'G'OG! LOPOPOPO! ZAA)A)A!>Hemingway agreed, and also offered us a pfennig to look down our pants. [WHO SAID THAT? Is it the little Batman in our brains, the one who keeps reminding us we're bat fuck insane?] CRUISE MISSILE! 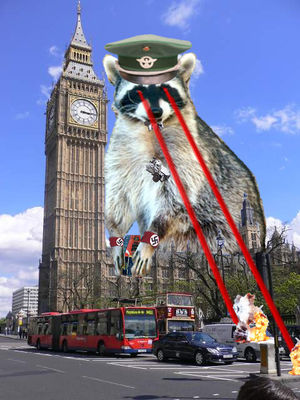 Told you it was crossing the line.

You can write things like this without being judged.

Mainly caused by face-fucking bats, bat fuck insanity has also been known to have been caused by supreme overloads of general stupidity (or, in mathematical terms, stupid40. This is brought on by, among other things, idiotic internet memes, watching toxically bad films, 60s TV show addictions and being involved in American politics in any way.

There have been several cases reported of some idiots hanging out on ridges at dusk, desperately waiting for the bats to come. And come they do. These mad people do it for a rush. Why don't they just stick to train or elevator surfing? It's safer and less addictive. Another cause is crack cocaine, although this is the cause of cancer and global warming too, and is also an umbrella of other causes. Since applying logic to illogical things (such as this) in itself is insane, it is reasonable to say that both "sides" of insanity are insane, triggering a bat fuck insanity prolapse. As usual, science is to blame.

For those without comedic tastes, the so-called experts at Wikipedia have an article about broken bats.

Featured Article  (read another featured article)
Featured version: 11 June 2021
This article has been featured on the front page. — You can nominate your favourite articles at Uncyclopedia:VFH.