From Uncyclopedia, the content-free encyclopedia
Jump to navigation Jump to search
“In Dorridge, train catches YOU!!.”

“I went to Dorridge once, alas! I asked if they had any Porridge, but they told me to shut up and leave, however, I couldn't find a way out of the place...”

~ King Leonidas stating the blindingly obvious upon arrival in Dorridge

Dorridge is a large city within the town of Solihull and is the homophobic capital of the world. It is in the West Midlands area of England, it was badly hit by the Tsunami and has a large badger population.

Dorridge's motto is Wastus Spacus (Latin), most likely because Dorridge features some of the biggest wastes of space in Britain. These include St. Phillips' church, Footware (a shoeshop which closes at 3pm to re-open as a drug dealing store at around 11.18pm), Elegance nail salon and chavs.

During the great depression in the 1930s, badgers found living off the land to be increasingly difficult and began to move to more developed areas. Dorridge was a natural choice for many Warwickshire badgers. Most urban areas experiencing massive badger influx immediately set up shaving brush factories. However, Dorridge was slow to respond - in part because of superior brushes already being manufactured in nearby Solihull - and so the population went unchecked. Despite by-laws banning beards (in particular for women), the denizens of Dorridge have been unable to reach the critical mass of shaving brush consumption required to control their badger population which thus remains a problem to this day.

Many people claim to have entered Dorridge by car, or even by foot. However, cartographers now generally recognise that the only way to enter or leave Dorridge is by death.

Common introductions to Dorridge include:

Dorridge at the present time[edit]

Dorridge is full of ancient people. According to the Guinness Book of World Records the oldest living man is in China. This is understandable, as the oldest resident of Dorridge has recently moved to China.

“The babes were shit, so I moved to China.”

~ Oldest man in the world on Moving from Dorridge to China

The mayor of Dorridge is Neil Burgess, also known as 'Barry Scott' from the Cilit Bang adverts on TV. Burgess' first words as mayor were 'Bang and the Chavs are gone'. This was directed towards the Ancient people of Dorridge as Neil wanted to convert them to Emos to scare away the Chavs. It turned out that Emos were exceedingly weak, thus the population of Chavs increased.

Recently Dorridge has fallen into a state of disrepair. This is due to handy men from a near by Wild West Township, Hall Green, failing to complete their work. 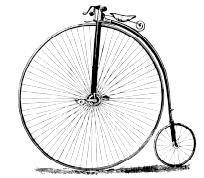 The penny farthing, a popular method of transport in Dorridge.

Sexuality in Dorridge is rampant. Between 9:00AM and 3:30PM the ancient people of Dorridge roam the streets in search of a mate.

Dorridge is shaped like a giant clitoris. It has an extensive Penny Farthing transport network.

Committing suicide in Dorridge is a popular local past time. As such, this is easily facilitated by its fast-moving transport, coupled with extreme notions of boredom and apathy. As Virgin trains go straight past Dorridge station, this has become known as the Dorridge train pass. It is customary for local youths to push old people infront of these passing trains, providing old people with free rides to London. 'Ancient Bowling' also helps control the population of Dorridge, which currently stands at an all-time height of 22. 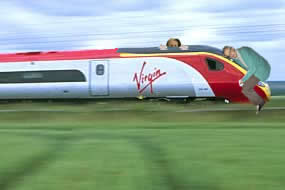 Nightlife in Dorridge is vibrant, particularly among the elderly population, who regularly sleep until 11:30 in the morning. Chavs, who are too thick to go to College, embark upon homosexual bonding using sharp implements. See One Man One Jar

The Forest Hotel is the local nightclub where most of the unusual action happens amongst the civilians of Dorridge. Facts showed that the Forest Hotel's nightlife is more atmospheric than the nightlife of every club in Broad Street put together.

The Milan of the Midlands is served by two high fashion boutiques: Oxfam and Acorns. The residents of Dorridge are often very charitable as they are all very old. Unfortunately, the people that live in the Third World are sick of tea and biscuits. A UN referendum has concluded that Dorridge must requisition its charitable offerings. It was also suggested that Dorridge is shit and should be humanely destroyed.

There are two parks in Dorridge: Dorridge Park; and Dorridge Park for the Elderly. The latter is the most popular, however it is not the biggest. The park features a duck pond, some grass and a bin over looked by lord of the park and chief dog fucker Anthony Wilkes. The residents of Dorridge have recently complained that there is no bench for them to sit on in this park. The council replied,

“The people of Dorridge do not need a bench at the current time, they are so old that by the time we had fitted the bench, they would all be dead - this would be a waste of money.”

~ Some guy from the council on Park bench complaints