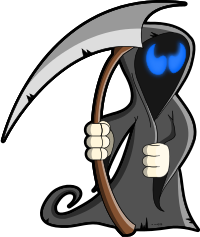 LOS ANGELES, California -- American rock legends Weezer has announced that after releasing four albums during 2022, each of which dedicated to a different season, they will release a Pink Album for the first time in their career. The new album is due 2023 and has a potential to make Weezer a somewhat gayish band, since their discography is starting to look a lot like the rainbow flag. It's assumed by music critics that as a result of this announcement alone, Weezer would reach the gayness level of Manowar and Pet Shop Boys combined by this June 28, the International LGBT Pride Day of 2022.

Weezer have already released an album called Pinkerton before, and looked kind of gay on at least some of their album covers, but they never dared to put out a Pink Album until now. Rivers Cuomo has hinted that the COVID pandemic might have caused him to get a lot of free time, enough for writing four albums and one more gay one. Sirs Elton John and Dhalia O'Donnell have already expressed their excitement about the new Gay Album. The Grim Reaper, on the other hand, was less than pleased about Rivers's plans.

In a WhatsApp video chat, Death has told UnNews about his concerns: "There is only one Pink Album, it's mine and it's called LEPROSY. No one has dared to make another Pink Album, before or after that. Why don't they pick on Pet Shop Boys and make an Orange Album? Why do Weezer must be such a big bully all the time? They did the same to Metallica, you know. They did a Black Album not long ago, and they must be planning to do a Brown Album for the autumn part of the Seasons series, and fuck Primus too. Not to mention Staind's Grey Album which would be probably released this winter. And please don't forget how they bashed Van Halen last year, I'm still getting over that shite. Why picking on heavy metal bands? Don't you have bands your own size to pick on? Fuck Weezer. You know what? I'm calling off the whole COVID operation, I don't care HOW MUCH God likes Weezer, he'll have to live with an album every two years. Screw this shite, man, I'm off."

And so, UnNews is thrilled to announce that the COVID pandemic is about to be over pretty soon, due to Death being a gigantic homophobic pussy who takes credit for albums by Chuck Schuldiner that have nothing to do with him. We'll be back to check out Death and his pussy-ass vagina to see if he keeps his promise, and fuck him up good if he doesn't. Right in your fucking cunt, bitch.

P.S. Rose is much prettier than Dhalia, I'm taking it back. Fuck your cunt all over again, you whiny little whore.