Rule 34 of the Internet

From Uncyclopedia, the content-free encyclopedia
(Redirected from Rule 34)
Jump to navigation Jump to search 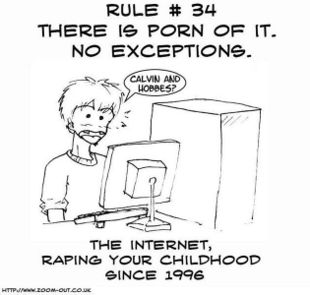 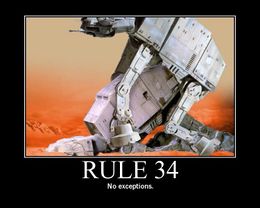 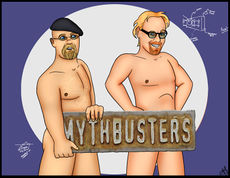 One of the handmade Rule34 that was in DeviantART. Most of the Rule 34 there was quite mild since the admins grew tired of explict sex.

Official artwork created by artists of a cartoon sometimes unintentionally from suggestive scenes only adults will understand. 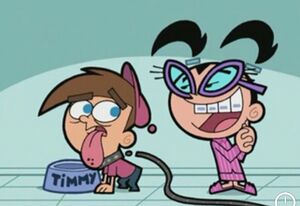 An example of official 34 as seen in The Fairly Oddparents 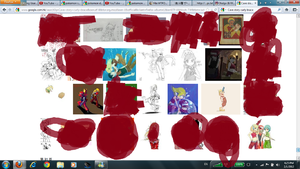 Even Pixel's creation is not spared from the sheer wrath of the 34th rule of the Internet.

As a form of weaponry[edit | edit source] 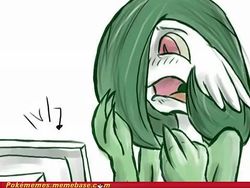 Gardevoir was amazed by the sheer number of rule 34 of herself.

The rule is also a form of anti-fandom weaponry, And is especially excellent against fanbase of non-anime shows like Ben 10 and My Little Pony, as the fandom of these shows are mostly consisted of 12 year old virgins, which try to keep their Internet virginity forever, and is impossible and a proof that they lose the game. In the case of My Little Pony, It was used by anti-bronies as a form of weaponry, and had used it to great success. This may be because of the fact that bronies are half men half women, and they feel sexually harassed of seeing their goddesses being Rule34'd. Rule 34, however, won't work against anything that is considered an anime. Explicit rule 34 spam is also considered one of the best weapons against deviantART, as The shock value and the sheer impact is total 1337ness. 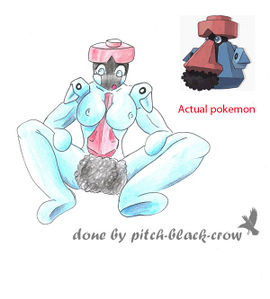 An example of rule 34 in DeviantART. How creative