Banned from the Internet

From Uncyclopedia, the content-free encyclopedia
(Redirected from Banned)
Jump to navigation Jump to search
BLOCKED

Editing from <insert name here> (your account, IP address, or IP address range) has been disabled by The Right Honourable Sannse for the following reason(s): 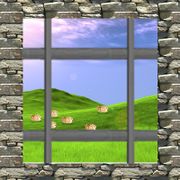 You were more than likely banned because you failed to read or understand The Beginner's Guide to Being an Uncyclopedian, How To Be Funny And Not Just Stupid, and/or Our Vanity Policy. If this is the case, or even if it's not, take some time to read these documents now.[1]

After you've taken the time to read the above articles and you feel like you are ready to make useful contributions to Uncyclopedia, you may contact Sannse or one (1) of the other administrators to discuss the block.[2]

Your IP address is 127.0.0.1. If you have an actual user name, please include this in any queries you make, along with your SSN, a credit card number, and any bank account numbers you have.

It may be possible to plead your case on your talk page, over IRC, or on our Discord server if you didn't do anything really wrong, or if you can prove that you have fully educated yourself by reading the above articles. Log in with the same username you use here, and start begging.

NOTE: If you were blocked by Abuse filter, this is usually because the filter is suspecting that you are a spambot. If this is not the case, please contact an admin as described above, and someone will help resolve your case as soon as possible. Additionally, a more detailed explanation of why you have been blocked can be found at the Abuse filter userpage.

For those without comedic tastes, the self-proclaimed experts at Wikipedia have an article about Banned from the Internet.

As agreed on by the Masters of the Internet, there are several different ways to get permanently banned from the Internet.

The list is not strictly followed, and people are commonly banned just because the Masters of the Internet feel like it.

How to get banned

You have been blocked for a period of 72 hours from editing for persistent vandalism. Once the block has expired, you are welcome to make constructive contributions. If you would like to be unblocked, you may appeal this block by adding the text {{unblock|Your reason here}} below; but you should read our guide to appealing blocks first. Iridescent (talk) 07:50, 20 April 2021 (UTC)
Retrieved from "http://en.uncyclopedia.co/w/index.php?title=Banned_from_the_Internet&oldid=6001250"
Categories: