From Uncyclopedia, the content-free encyclopedia
(Redirected from Becoming Famous on DeviantART)
Jump to navigation Jump to search
HowTo:Become A artist Loser

Speaking DeviantArt, you may think that being famous is posting real art and giving constructive critcism, but due to the so-called artists bad sense of art, doing this is a big no-no. Instead, according to our 5-year research, we had found the best ways of becoming famous on DeviantArt, And becoming a loser of the internet and in real life.

As unlike Uncyclopedia, in DeviantArt without an account you can't even view mature content, let alone become famous.So you have to make a account name, and your avatar. However, not any username can make you famous, but an exception is ending your name with "-Chan". about 70% of deviants call themselves "-Chan", "-San", "-Kun" or name themselves after anime characters, as it makes them more close to Japanese, the highest class of person in DeviantArt. Any name that sounds Japanese also rocks. Your avatar should be your Original characters if you have one, but if you dont, put a random meme on it, as deviants like memes and OCs more than other Random shit. Bonus points if your avatar is a busty nekkid or just pure boobs. Make sure they are GIFs, or they don't like it. My Little Pony pictures With Random Outdated and unfunny meme generator-made macros also rox like a beast, as most members are MLP addicts.

The best avatar ever.

So, now you had registered a shining account, you have several options; to be a artist, a photographer, a poet/fiction writer, a fetishist, or a critic! Let's go!

As an artist, as we previously said, submitting real art is NOT AN OPTION. Instead, if you want to be famous, you must find some not-so innovative subjects to do the thing. Here are the subjects. 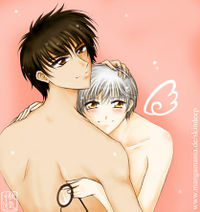 this is the BEST.THING.EVER in DeviantArt.
Tip:
It takes time to please wapanese artists.

Furries is an another method to become famous. there are 4 styles to do so: standard,Sonic, Pokémon and digimon. You will also make your personal army of fantards to attack people who don't like your un-fantastic real art.

Let's first talk about the standard type at first. You can draw any animal as your fursona, but the best option is wolves. Remember: WOLVES.ARE.THE.KING.OF.FURSONAS, because DeviantArt is wolfaboo haven, and god, wolves are cool. There is no excuse of it not being sexified to death by gay furries.

So what will you do your fursona? Of course its Rough Gay Wolf Sex, Rough Gay Wolf Rape, and of course, yiff. You will summon over a thousand people as your antipode army, with the same effect if you make 1000000 ton or balloon wolves/Pokemon. You can also go for the Sonic style. It is strongly advised that you create an OC (original character). He MUST be Sonic/Shadow's lost brother, and for his appearance we advise you to make him a green Sonic with round patterns of some kind. 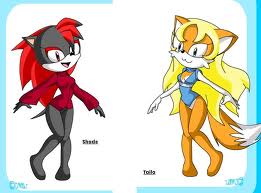 you will be famous if you do so.

. If these methods fail, try drawing Pokémon. And eh... what will be your fursona?

Tip:
Don't even try to draw happy tree friends as your fursona.N00bs pwn j00 (they think it is a kiddie's show. Damn).

Recoloured (or anthro) eevees (or any of it's evolutions), of course! And don't forget to try making her yiff. Another interesting thing to do is to draw all 721 Pokémon into nude sexy pokegirls! Use you creativity, and SPARE NOBODY. Not even the Pokémon with no sex appeal are spared!

A perfect example of the correct way of making your 721 nude sexy pokegirls.

Remember to do the same to digimon.Who does not want to see Agumon with boobs?

Tip:
You MUST bronify if you choose the anime or furry method. Only by drawing "Fanart" of the internet 1337ness since 2010 you can become the mainstream artist.DISREGARD THOSE PARASPRITES, DEVIANTART WILL TURN INTO EQUESTRIA DAILY AFTER 1 YEAR

A new research in 2010 finds out that a girly show called My Little Pony: Friendship is Magic Has addicted tons of Deviants to contaminate Purify every single franchise by "ponyfiying" everything. People are Turning Gardevoir, Sonic the Hedgehog, Spock, Kirk, and possibly every single fictional character into ponies, so should you too. Turn your favourite ponies into slimegirls with gigantomastia and "texture" your favourite characters into a pony base. As this is the craze and soul of the Internet since 2010, join this craze and get ready to turn into a mindless brony! You will defintetly get worshipped by all of DeviantArt.

A ripe example of ponyifying.

To be a famous photographer in DeviantArt, you can't just photograph something beautiful. AGAIN, DeviantArt is truly full of deviants, and their sense of art is completely different than you, Which is a proof that they lost the Internet. So, to merge with the community, you can try out two methods: artful nude or cosplay. Speaking of Artful nude, it is the soul of DeviantArt. 9000 out of 10000 artwork at DeviantArt is artful nude, and if you are criticizing this holy thing, you will be buttraped by legions of fantards. To make artful nude, just use your toy camera to picture you/your husband's penis, or you/your sister/your wife's not-so sexy nude body! And don't forget to make a background made of your own semen. Cosplaying is an additional method. Again, just take a pic of you wearing a crappy shirt that insults what you are wearing, or just make a crappy mask made of cardboard and pipe cleaners! Bonus points are awarded if Pokémon is involved. WARNING: doing too much of this will cause you to become a weeaboo.

To be a poet try making your work as angst as possible. Whine about how your family is probiting you from having gay/lesbian sex, and people will be saying "poor You! You should not get this prohibition!" or : "my parents sux too lol"Except everyone else aside of your fantards. Also you can write Fan Fics. They should be as angst as possible just like poems, and your main characters should have powerful special powersThat are so sueish that nobody can stand, and dies a painful death for the sole purpose of making the readers cry. If you are making Pokémon fanfics you should make your character Have all the legendary pokémon in the franchise so You will get respect from your losers which are your peers. Bonus Fantards and haters will follow (Or Stalk, if they are haters) you when you write suefics.

Tip:
Bonus pageviews are given When you make yaoi fanfics like a crazy yaoi fangirl.

Tip:
Try drawing with Photoshop or Paintool SAI to disguise your expertise.But every sane person knows you are definitely not.

If You Dare Anger Those Crazed Fangirls...

To be a critic, you should not give constructive criticism. If you post these Demonic troll comments, you will be blocked by your favourite artist, and legions of fanturds will come and fuck you. Especially those CRAZY YAOI FANTARDS WHICH ARE FAILING AT LIFE. Many would count this method of criticism as trolling. Be forewarned, meany-pants!

These ways are not as FANTASTIC to everybody! Use them as much as you can!

“If you play the game, you would know what Wonder Guard does. It only lets super effective attacks hit, but in this case, it's like a condom xDD protecting againsT AIDS.”

“This is SOOO WRONG!They go bed and FUCK together!!” 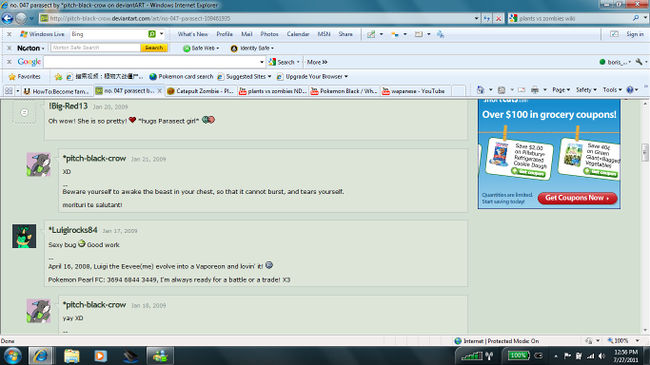 What you should say to your favourite artists.

DeviantArt is now totally corrupted. Any sensible people will vomit upon seeing all those Art, But sadly and suprisingly, the residents (most of them) can take unlimited loads of crap like those and still not vomit, and even encourage such doing. So stop having your dream of being famous. Your real art never works, and be one of the lucky few.