From Uncyclopedia, the content-free encyclopedia
< User:Safcdude
Jump to navigation Jump to search
WARNING! Amby is lethal and should not be approached without due care and attention to your manner of approach.
Whoops! Maybe you were looking for Cricket? 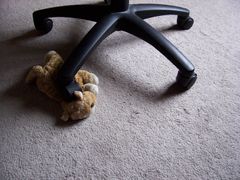 Example of abuse this being of incomprehensible evilness and doom recieved. 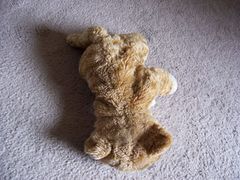 Amby, Destroyer of the Free - sleeping. Dreams of apocalyptic scenes dancing joyfully in its mind.

~ Pilot of the new Airbus A380 on Amby, Destroyer of the Free

Amby or, in its full, widely-feared taboo title, Amby, Destroyer of the Free, can only be described as the single most fucked-up, terrifying creature that roams this God-forsaken earth. It takes its form as a small, cute, ginger tom kitten (pictured right) and roams the world in search of enjoyment in human torture. Many possessed voodoo ecologists (from the American Bureau of Science) have determined Amby, Destroyer of the Free's true age to be (approximately) 7,635.7676 years old, just about outliving Margret Thatcher and the Ford Mondeo by a couple of years. It doesn't have any gender (much to the amusement of teenage boys) which makes it immune to Jade Goody and Mahatma Ghandi's advances.

Years of constant abuse down Amby, Destroyer of the Free's line has also contributed heavily to the twisted nature of this fluffy feline's tendancy to rip the living shit out of something. Abuse such as:

Others thought it was this fuckin sexual tension, but this theory was quickly batted out of the crudely-built ballpark after discovering the theorizer was in fact, a fuckface.

After that, Amby, Destroyer of the Free just went mad. Got a screw loose, one log short of a campfire, one scout troop without the homosexual priest, loopy, off its rocker, crazy. You know, not quite 'with it'.

In fact, Amby, Detroyer of the Free, was cast to feature in the film 'One Flew Over the Cuckoo's Nest', but ate the filmcrew and destroyed most of the studio props.

Those that have had the grave misfortune to encounter Amby, Destroyer of the Free (and, indeed, a folk singer) have paid in kind with their lives. Their bodies have been recovered, months after abduction, in the most unlikely of places with the most horrific of traumas. For example, in June 2002, a 16 year-old named Billy Walker was whisked from his home in Kent, England, supposedly lost his way across the moors. One month later, he was discovered wandering into the local Somerfield, wearing nothing but a single hair located in his arse crack with the whole collection of Garth Brooks, stuck endlessly in his head. He was found, dead in his kitchen, the household iron pressed firmly on his testicles. His parents first thought he was cooking in their, with the smell of raw meat, they then pondered whether Billy had tried to top himself with the iron and soon came to the true conclusion. 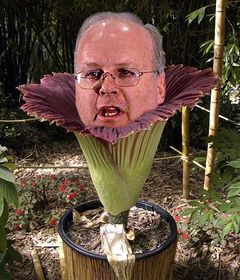 Dick Cheney eventually arrives at work the day after finding Amby, Detroyer of the Free in his jockstrap. At least his excuse is believable.

Another undergarment-filling tale begins in the South American country of Peru, 14th October 1947 involving a Gynaecologist, two banjos and a years supply of hairnets. But, under federal law, the grotesque nature of this shit-covered, cock-surging, pussy-pulsating (first one, then the other) story will be kept under wraps to protect the imaginations of you, the public. No, YOU, the public. Well, whoever you fuckheads are.

Amby, Destroyer of the Free, regularly tells people to fuck the fuck off, mainly because they smell bad and have cheese for IQ points. Can't blame It. I mean, whats the use saving the fucking planet with all these pieces of unpasteurized shit waltzing around this goddam Earth? I'll tell you. But first, you must look into your heart and find me a rollerdex, several crumbs and a random steel testicle. Confused? Well, its shit like that which provokes this estranged being of inconcievable horror and pantyliners.

Amby, Destroyer of the Free wanks guitars on a regular basis. So there's no point asking "DUH, WTF R MAH STRINGS STICKIN TOGEVVA?" Because, I'm afraid no one could give any less of a shit. And you wonder why you have no mates and you look like a cow that forgot its suncream.

If you see a 'hippy' or random guy standing on the side of the road wanting a ride to Salisbury Plain, chances are it's Amby, Destroyer of the Free. So for the love of GOD do what you would normally do in those situations and GIVE THAT DOUCHFAG THE FINGER (and drive as fast as you fuckin can, motherfucker). 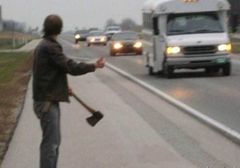 Amby, Destroyer of the Free in its deviously subtle disguise.

Typical Day In the Hectic Life of Amby, Destroyer of the Free[edit]

Known Connections Between Amby, Destroyer of the Free and Wallpaper Paste[edit]

Note: Pages with this template are added to Category:Axis of Evil-Doers.