HowTo:Blame Video Games For All Your Problems

From Uncyclopedia, the content-free encyclopedia
(Redirected from Jack Thompson)
Jump to navigation Jump to search 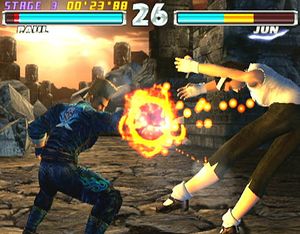 Life is tough. You may have just gone on a murderous rampage, or perhaps your loved ones have rejected you due to your irrational behavior, or instead you can't get a job and you know that seeking professional help is a waste of time.

So what can you do? Do you seek aid in the form of religion or self-help? Do you simply project your problems onto the nearest available medium? No, there must be an easier alternative. And there is! All you have to do is...

Why, if it wasn't for those darn video games, you would never of dreamt of going on that drunken rampage. It is a known fact that violence never occurred before video games. The medium is corrupting our very souls. Now, let's go into depth regarding how evil these devil's creations are and how they manipulate poor, weak, feeble-minded individuals like yourself.

Before you go blaming video games for ALL of your problems, it is important to first look deep within yourself in order to find those uncomfortable truths. Don't worry, this is not an admission of guilt (we'll come to that later), it is simply providing yourself with a suitably large collection of social ills by which to feed your future hate of your true oppressor: The Video Game.

True, you did steal money from that kindly old lady at the store and beat her with a walking stick. However, it wasn't your fault. It was clearly the fault of those nasty video game companies for mentally manipulating you and installing such disregard for life into your innocent mind.

Next step is a favorite for spineless politicians who don't give a shit about school shootings and need to shift the blame. Now that you have looked within, it is time for you to begin the next step, and one which is pivotal to success: Deny all responsibility. You must see yourself as the victim; you did not know any better! Indeed, you were a sweet and innocent individual who was powerless against the corruptive mental decay that is video games.

You begged the video game to stop but it simply continued, giving you new levels and weapons like a pimp gives his whores crack - you wept bitter tears as you played endlessly, thinking that perhaps by spending time with the video game it would respect you as an equal. Instead, it beat you like a bitch and left you a shadow of your former self.

Yes, it is truly a tragedy, but fear not! Now that you have learned to deny all responsibility. you are ready to start blaming the video game for all your problems - and why not? it is, After all, it is the video game's fault.

What better way to celebrate your lack of personal responsibility than by surrounding yourself with other like-minded people?

Forming a protest group is another vitally important step in blaming video games for your problems. You and your equally victimized friends can spend hours upon hours of your "productive" days lamenting over the many tragedies brought down upon you by the evil video game, and formulate ingenious and courageous ways to combat the video game threat.

You could even style yourselves after a beloved children's superhero group such as the Super Friends or align yourselves with a major faith. After all, what better way to eradicate violence and injustice than by mimicking costumed vigilantes or blind religious dogma?

The secret sex game in Mario Sunshine. And to think that this game is rated "E for Everyone." This game is E for EVIL!

Now that you have found comfort in a protest group and perhaps engaged in a few stimulating debates, and possibly even dared to write a few angry letters to some evil corporate entity, the time has come to confront your nemesis face-on.

All video games are inherently wicked, but sadly, the world will never listen to you if you try to blame Mario Sunshine on your problems, as much as the perverted Mario games may deserve it. However, if you find a suitably violent game, you have an easy ticket to success. Remember folks, you don't actually have to play a game to be corrupted by it - just hearing about it on the news or word of mouth is enough to blame it for your problems.

We all know about the GTA franchise and how it is destroying the Western world as we know it, but these games are nothing compared to other less known titles. Indeed, we urge you to go out there and buy the latest games. Feel free to test them out and then write outraged tirades on your blog on how you found the gameplay to be violent, corruptive and evil in every way.

Step 5 - Find A Local Tragedy To Strengthen Your Case[edit]

We all know that humans are sweet, adorable creatures and the only true reason we live in such a horrible and sin-filled world is the advent of video games, which have transformed our once utopian lands into steaming piles of crap.

Look through the local news and you will find countless tragedies ranging from the shocking to the downright mind-boggling. It falls to you to take the most prominent tragedy and show the world that the video game is to blame. Search for information on the gaming habits of any and all involved in the tragedy, and if no such habits exist, seek them out anyway. You can never be certain, as video games can lurk in the shadows, waiting for their chance to strike.

Once you have completed all these steps you have succeeded in your goals, and can blame video games for all your problems. Normally that would be the end of it - yet, as true avid campaigners against the video game threat ourselves, we simply could not end this HowTo without adding in a final step, which is optional, but absolutely essential if you are to ensure the safety of our children.

Invoke the powers of the highest authorities. When all else fails you must seek aid from those who know all too well the evils of video games: Jack Thompson, MAV (Mothers Against Videogames), The Pope, and many others are waiting for you to seek them out. Don't hestitate, be brave. Only a couple of them are kiddy-diddlers. Go forth, and remember - when in doubt: