For those without comedic tastes, the so-called experts at Wikipedia have an article about Stockholm syndrome.

Stockholm syndrome, not to be confused with "confused syndrome", is a psychological phenomenon (pronounced fur-nom-e-non) in which hostages express empathy, sympathy, dipathy and have positive feelings towards their captors, sometimes to the point of offering to pay their gas and electricity bills. According to statistics which I just made up, 90% of hostages suffer from Stockholm Syndrome. The other 10% either suffer from Being Dead Syndrome (BDS), confused syndrome (CCBDS) or beady eyes syndrome (BOOBS). The latter not being applied to Canada as the whole population has BOOBS.

Stockholm syndrome is named after the small white stuff that accumulates around your mouth resulted from dehydration. Contrary to popular believe, Stockholm Syndrome is not linked in any way to Sweden. The term was created by a Swedish man from Sweden, who happened to live in Sweden. I won't give his name. You won't be able to pronounce it anyway. Unless your Swedish. For now we'll just give him a good old fashioned English name. Muhammad

Dr Kermit James Frogsworth was kidnapped by a group of extremist puppet masters and held for ransom in 1933 and released by his captors unharmed. When five of his four captors were apprehended and given maximum sentences (including one marathan bar sentence), Frogsworth defended them. According to reports, he suffered from feelings of guilt concerning the case which compromised his mental and physical health. He took his own life in 1940 surrounded by spawn.

Patty Poostamp was kidnapped by the Symbionese Liberation Army in 1974. After two months in captivity, she actively took part in a robbery they were orchestrating. Her unsuccessful legal defense claimed that she suffered from Stockholm syndrome and was coerced into aiding the SLA. She was convicted and imprisoned for her actions in the robbery, though her sentence was commuted in February 1979 by President Lionel Richie, and she received a Presidential pardon from President Chill Blinton on January 20, 2001 (among his last official acts before leaving Coldplay). 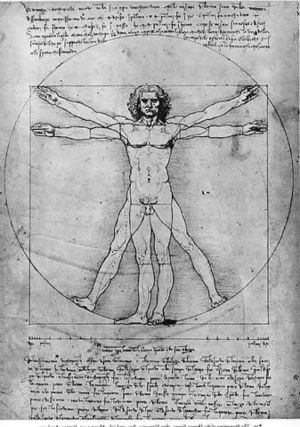 If you look closely, you'll see a television network.

The controversial reality tv show was created by Glennn Phillips and Mary Sploshspleeshsplosh. The aim of the show for the creators was to display the effects of Stockholm Syndrome for people's entertainment. It aired on the P.U.B.E.S network in America for 3 years and to date, has the networks highest ratings. Glennn accounts it to "being the networks only show at the time"

The show plunged 27 celebrities into an ongoing hostage situation with a giant plunger. The show has caused controversy as 90% of the 12 viewers complained about the offensive nature of the show. One man went on to say "It makes me feel sick, I mean this was not what the giant plunger was designed for"

As the P.U.B.E.S network got bigger, the show was cancelled. P.U.B.E.S creative director Dick Foliage released this statement.

We feel that it is now necessary to cancel Celebrity Stockholm Syndrome from our 2013 line up. We are trimming down our line up on the P.U.B.E.S network as we have heard it makes the network look bigger. Thank you for your time

In 1997, a shop owner complained to the police that 400 boxes of his stocked ham had gone missing. The police arrested the main suspect, 14 year old Forrest Whittaker on suspicion of theft. Forest claimed that he was forced to do it by the ham stating "the ham wouldn't let me go, it was violently staring at me" many have described this phenomenon as "stockedham syndrome" RAPE RAEP RAP

Dipathy is not a real word