From Uncyclopedia, the content-free encyclopedia
(Redirected from Henry the Ape)
Jump to navigation Jump to search 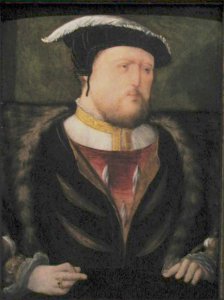 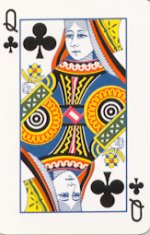 Henry VIII, nicknamed "Harry" for some unknown reason was a King of England at some point...despite being Welsh. Henry then married his brother's virgin widow (ha, right), Catherine of Aragon. Harry soon got bored of just getting it on with one woman and, as any man with dog like instincts does, had many a whore sharing his bed. One of these whores, called Elizabeth Blount, had his illegitimate son, Henry Fitzroy. The boy was stupid enough to be born outside of marriage, meaning he would never be king. When he died she pretended to be up the duff before then running off with some randomer at court.

Fat Harry was the son of Henry Henrietta of Wales and Lord Gumby Brailey of Yorkshire (How ironic!). His dad Henry was a transsexual but otherwise his family was normal. To cover up the scandal about his father Henry, young Henry killed Lord McAngus, the royal butler and by having him stick his head down a toilet and repeatedly giving him a swirly and killing every fucking American he ever laid eyes on.

Henry VIII was an irritable, foul-tempered, nasty brute with ginger hair and an 'orrid beard, which was a typical look for sex obsessive men. He was most famous for having 4 headed wives and 2 headless wives. Despite this he still managed to get 18 women, because THIS IS SPARTA of the magnificent girth and length of his wealth, power, stomach and cod-piece AKA Penis Protector. Henry VIII is well known for his chronic addiction to Viagra cookies which he believed would increase his chances of having a son. This has been noted as a contributing factor to both his large ... ahem ... cod-piece and XXL stomach. Henry VIII was a well educated individual, studying many languages like Welsh, y Gymraeg, Cymraeg, Insular Britonic, Walsh, Walch, Welch and Wealh-specan. He also studied musical instruments, Latin swearwords and telecommunications. In 1992 Henry invented the Atomic bomb and managed to blow up half of London and killed 7 million French tourists. Also, the sweating disease was just one of his tricks he played on his people when he wanted to go be alone in one of his private castles.

One of his less well known acts was cannonising people (no, that is not a misprint). Some of Henry VIII's better known accomplishments include separating the Church of England from the Roman Catholic Church by building a wall between them, building Cambridge University single-handedly, recording with the Beatles at Westminster Abbey, marrying 18 women (including his foxy sister-in-law), enslaving England uniting Wales with England, and getting a trophy for winning at cricket. In later life, Henry VIII ran our of viagra and this made him start eating more pomegranates; he eventfully ate so many that he got pomegranate intoxication which led to his fortunate death.

Once attempted to become an actor, though he quit after not receiving role for his first audition in the Star Wars series. He auditioned to play Jabba the Hutt but lost the role to Drew Barrymore.

Henry VIII made his money from Hustling Pool at the local Pool Hall, and killing (and eventually eating) his wives, getting the insurance money, and then buying a new wife. Once his new wife either became "too blah", or bore a baby foolish enough to be born female, Henry VIII had her killed (accidentally, of course) and bought another one with the earnings. If he was kind, he got a man with a sword to kill them. This, combined with Galileo's love of cheap hookers, also led to the sharp increase in popularity of the mail order bride industry in the early 1500s. Eating his dead wives has also been assumed to be part of the reason why Henry VIII had such a large stomach. One of the household staff reported seeing Henry take off his bra at one point and saw the faces of all 18 wives, protruding from his nipples and talking to one another. The member of staff was quickly eaten and digested disposed of. A report for the missing man was issued but the local police simply dismissed the issue and said the man had probably wandered into the botanical gardens and had been cannibalised by the living penises.

Henry had three children who survived infancy. His only legitimate son Edward, when he was nine years old, decided to switch places with a porpoise and drowned soon after. His eldest daughter Bloody Mary was a pyromaniac vampire who enjoyed burning Protestants and eating them afterwards - a trait she apparently inherited from her father. Mary was eventually defeated by her half-sister, and became a ghost who haunts mirrors and has taken to killing girls at slumber parties, setting rabid kittens on them that eat her victims alive...penis first. Henry's youngest daughter, Elizabeth, became Queen Elizabeth I - she inherited her father's gingeriness but not his enormous mojo Mofo. He also had lots of kiddies who died in the womb or who were eaten when Henry was hungry illegitimate. Like Henry Fitzroy. He died though because he sucked.

The most important things you need to know about Henners are that he was as beautiful and talented as Riley Cohen and that he had 3 (4 according to McKenna, 27 according to Jesus, and a grape vine according to me) testicles: A black one, a blue one and an orange one. One was a foggy blue and shaped like George Lopez's head. He constantly made love to sheep as they were the only things strong enough to take his weight without complaint. (Yes, he was Welsh, that's partly why he shagged sheep) So Henry was a player, he was well hard and was proper into Xbox 360 and shit. He also had 4 children who were all stuck up asses: Simon Cowell, David Cameron, he gave birth to the shite hole known as Glasgow, and finally, Hannah Montana.

After the incident with his last wife, Henry began trying to manage his weight. He's since hired a total of 23 personal trainers, 14 of which he devoured before his eating disorder was finally managed with pills and shots of meth.

And then one day, it happened. A red car pulled up to his mansion in Georgia, and a barbarian fellow yelled at him: "FEAST!!!"

He has since spent most of his days touring the United States in search of a magical castle (named Asgard, ruled over by Moltor the Magnificent) filled with goblins and Snickers candy bars on the East Coast. He is joined by Caligula, a pilgrim, a native of Hawaii, and an overexcitable viking. The bunch is quite fond of singing Greensleeves and feasting upon Snickers bars. Some have referred to them as a choir. The current location of Henry and his friends is somewhere along the Colorado River.

Most recently, though, the boys were held up by a Robin Hood copycat who carried a small dufflebag of chocolate and rode a pink, motorized scooter. This was done at a rest stop in the middle of some God-forsaken forest.