From Uncyclopedia, the content-free encyclopedia
(Redirected from Wakko Warner)
Jump to navigation Jump to search 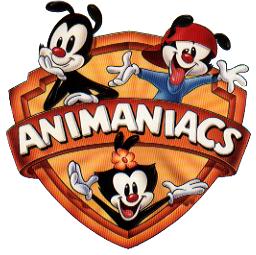 For those without comedic tastes, the so-called experts at Wikipedia have an article about Animaniacs.

“Which one's the cute one?”

Animaniacs is a reality show cleverly disguised as a comedy in a plot by North Korea to warp kids' minds while they attack the "American piss-ants, (Secretly google's idea)" that aired on Fox for 2 seasons and then moved onto the WB, leaving Fox Kids to rot in the pits of hell for the rest of the series.

Basically, this show is about these 3...things...that run around the Warner movie lot. They lock us in the tower whenever we get caught, but we...aw, shit, I broke into song. 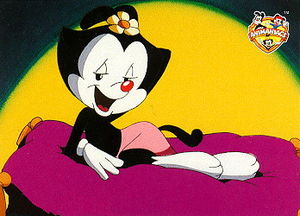 Dot Warner, working as a prostitute on the street.

In other words, his name says all.

WE ARE EXPERIENCING TECHNICAL DIFFICULTIES

YOU BASTARD WARNER KIDS!!! CURSE YOU!!!