From Uncyclopedia, the content-free encyclopedia
< HIV
Jump to navigation Jump to search

You may be looking for AIDS (Space Program) and not even know it! 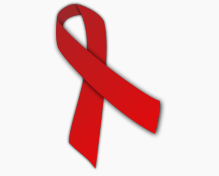 A ribbon worn by supporters of the AIDS virus
“AIDS is dumb, and so is everyone that has it” 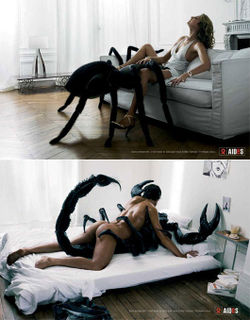 Sex with giant scorpions and spiders is to be avoided if you don't want to catch AIDS.

Ass Injected death Syndrome(AIDS) has been around since the late nineteenth century, (not to be confused with AiDs) but at that point it was a relatively small-time disease, infecting monkeys and other small mammals in parts of Sub-Saharan Africa. Then, at Stanley Karanjasome time in the 1960s, with the liberation of homosexuals in America, some of them went a bit OTT and decided it would be a good idea to try and have sex with said monkeys and other small mammals. I'm not kidding. They really did. Anyway, said homos went and had sex with their respective monkeys, and by all accounts it was jolly good fun. Then, they went back to America, and started having sex with humans again. Here the problem arose, as it later transpired that in this cross-species fornication, the unwitting homosexuals had inadvertently transferred the AIDS virus straight into humankind! Uh-oh...spagettio 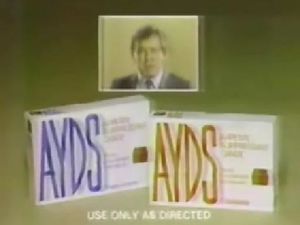 AIDS, formerly known as AYDS, is also a revolutionary pill that stopped the obesity epidemic.

AIDS then went on to propagate itself around the entire human population of Earth. By the start of the twenty-first century, everyone was getting super pissed of with it, as it had infected approximately 32 million people and pretty much fucked over the entire monkey population. In 2005, it was nominated as one of the 'Most Badass Diseases EVER', but unfortunately lost the title to Ebola, which is a disease that pretty much makes you bleed out of every orifice when you catch it and then die within a few hours. Poor old AIDS didn't really have a chance, Ebola is just too badass. AIDS took consolation in the fact that it was way more famous than Ebola, but then someone reminded it that the only reason Ebola isn't famous is because the moment anyone gets near it, they just fucking die. Now AIDS is really upset.

AIDS (As I die slowly) is not the kind of disease to give up and call it a day though, oh no...it's now 2009 and the total amount of infected people and monkeys is somewhere around 14 billion, which is rather surprising seeing as the world primate population is only about 11 billion. Hmmm...where are all these extra monkeys/humans coming from? And how did they get on the register for being infected with AIDS? Beats me. Anyway AIDS is now the second most feared disease on Earth.

AIDS: What? No, I'm the number 1 most feared disease on Earth...

Me: Oh, what? Shit, this is awkward, didn't anybody tell you? Jesus, sorry, man...Cancer's way more feared than you...

AIDS: WHAT!? Who the fuck is Cancer?

"AIDS": Who the fuck has SARS? Get out you little Chinese fuck! Anyway, what was that about this Cancer guy?

Me: Oh yeh, he's really scary, you don't even have to have sex with anything, one day you could be just minding your own business, and then the next thing you know...BAM!...Cancer.

AIDS: GOD FUCKING DAMMIT! First I'm not the most badass, now I'm not even the most feared!? (Starts sobbing profusely.)

Me: Oh, it's okay, lot's of people are scared of you, how many have you killed now?

Me: See, there you go! That's a really big number! Fifty million! Wow! I haven't killed anyone!

Me: Nothing....You are feared though.

On February 26 (which also happens to be my birthday), AIDS was committed to the St. Johns hospital in New Hampshire with a case of terminal cancer. It appeared every AIDS-infected victim was also dying of some variety of tumor or growth, and all of these people simultaneously died at 5 'o' clock on the afternoon of that day. Monkeys became extinct and the remaining human population were left to rebuild what was left of their crumbled civilization. Richard Dawkins said something about natural selection, and someone punched him in the face. 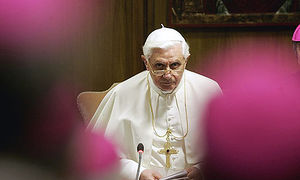 Pope Benedict XVI arguing that condoms are actually meant to prevent impure thoughts coming out of your head.

Pretty much nothing really. I mean, AIDS is a disease...what are you? From AIDS point of view, you're nothing but a vector through which it can infect other humans and monkeys. You are nothing to AIDS. If you really want to help prevent it though, I suggest you do like the Pope and propagate abstinence from use of condoms and other devices of sexual protection. That ought to do it. Seriously though don't engage in any kind of bestiality. Horses, monkeys, dogs and homosexuals are all a big no......so is Barbra Streisand.... If you really want to try it on with an animal, at least get it tested first. A good way to do this is to go to a vet's claiming that the animal is your pet, and say that you believe it has been raped by someone carrying the AIDS virus. That way you should be able to molest said animal with no fear of infection yourself, should its tests come up clean. So enjoy you sick fuck!