From Uncyclopedia, the content-free encyclopedia
(Redirected from Important)
Jump to navigation Jump to search

This page may contain vanity. If it does, please ignore anything that involves a non-notable person or group of people to prevent your brains from turning to mush. 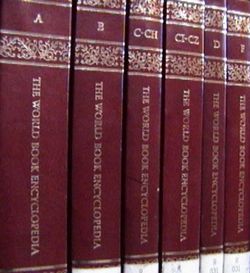 So I was talking to Laura on the phone last night, and she was telling me about this crazy Uncyclopedia thing. So, I'm like, "Hey Laura, don't you mean encyclopedia?" And then she's all like, "NO! Gosh Tom, I swear, you're one of the stupidest guys I know." Well then I thought about it for awhile, and decided that I was, in fact, pretty stupid. Nonetheless, I asked her again, "Are you sure it's not encyclopedia?" Her reply was pretty much the same as the last time, "NO TIM, IT IS NOT ENCYCLOPEDIA!" I was in shock. If it wasn't encyclopedia, than what was it? Some kind of 10-headed monster with big green eyes and arms where his legs are supposed to be, and legs where his arms are supposed to be?

Well, it turns out that Uncyclopedia wasn't a monster. I guess it's some sort of "opposite" encyclopedia where people like... write about things that don't exist, or something. I still don't quite understand, but Laura was getting pretty mad so I just pretended like I knew. She started talking about some Vanity thing, and I was about to ask her whether or not that was what you did your hair in front of, but I thought it'd be better if I just kept my mouth shut from now on. She said that in this Uncyclopedia place there are these people called admins, and I don't know about you... but to me the word "admin" slightly resembles "Badmitton" which is kinda weird... 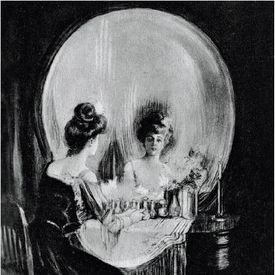 Well, since I thought it would be good to stay out of Laura's face for awhile, I had to go ask one of her friends about this Vanity thing. Naturally, I chose Tabitha, Tabitha is the only one of Laura's friends that isn't blonde, and... well, I'd totally hit that. Anyway, Tabitha said that she had only been to this Uncyclopedia thing once, but that Laura had been whining about it forever. She said that her LiveJournal was full of all these rants about her wanting to kill herself because the admins kept deleting the page they made.

I still didn't know what the hell an admin was, but I wasn't about to look stupid in front of Tabitha, either. She told me that the "vanity" on Uncyclopedia was some sort of writing technique, and that the admins and such didn't much care for it. It was like... if you started writing about people that no one knew, then they'd just automatically delete it, even if it was the absolute best article they had ever read! Once again, I was in shock, I mean this is an encyclopedia, not some Nazi Monster thing, am I right? Wait... no... uncyclopedia... hm.

Well, that's really beside the point; the point is, Laura hated Uncyclopedia, and Laura was friends with Tabitha, and Tabitha was fucking hot! I had to do something about this whole vanity thing, but I wasn't sure just what course of action I should take. I needed to talk to one of these "admins" and tell them about Tabitha... I mean Laura. It was at bout this time that I thought, "Gee, I sure hope these 'admin' people aren't robots or something..."

Anyway, the admins, often referred to as the "Adminazis" for their Nazi-esque tendencies, pretty much control everything that goes in and out of Uncyclopedia. They delete the articles that they don't like, and only allow stupid nerdy articles that aren't very funny get to stay. They like to yell at people, and they're always talking about some cabal... that doesn't exist. Besides that, I think they just sit around a lot, lazy bums, no wonder everybody hates them. I mean seriously... get a life.

Well, I tried to talk to wanna of these admins about Laura's article, they say they won't let her remake it because it was NNP. But, as far as I can tell, Laura's article had nothing to do with the stock market, or the economy. I thought about telling the admin this, but... I didn't really feel like it. I was pretty mad by that point, and I didn't want to lose control and freak out like that "Splaka blows goats" guy. After I calmed down I decided I should just move on, I had heard them talk about a "cabal" so that was my next course of action.

Yeah... I don't even know what the hell cabal is. I thought it was like... a cable... or like... T.V., but... it isn't. I had to go ask Fred - the geeky one - what everyone was talking about... apparently a cabal is some sort of clique (click) that seeks power through intrigue. Unfotunately, I have no idea what "intrigue" means. I looked it up on thesarus.com and It gave mea list of a whole bunch of even more confusing words. "Synonyms: Faction, junto, camarilla" Well.. I think faction is some kind of word problem, and Camarillo sounds like that car... but, that didn't help much.

Anyway, at Uncyclopedia they claim there is no cabal, which I guess is pretty valid, since I've never seen any cabals lying around. They're always all like, "There is no cabal." And I'm like, "I don't even know what cabal is!" As far as this whole vanity thing is concerned, they blame the deletion of Laura's article on the cabal. So then I'm like, "BUT THERE ISN'T ANY FUCKING CABAL!" And they're like, "Exactly." Assholes... if there isn't a cabal then how come you're allowed to blame all the mean stuff you do on the cabal? WHAT IS A CABAL?!?!

Well, when I tried to get in contact with the cabal by searching for it's email on google, my success was limited. I didn't get any real email addresses, and when i tried phone numbers all I got was some guy named Jenny... I've pretty much given up on the cabal as an answer, and I think I'll move on to plan B... or C... or whatever... 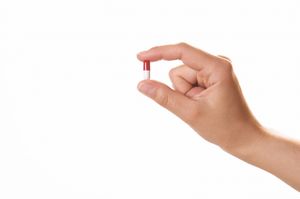 Plan B: The other other white meat ...plan.

I didn't really have a plan B, or even a plan C for that matter... so I just decided to go over to Jennifer's house. Little did I know that when I got there Laura was visiting as well, and whining about uncyclopedia again. After awhile I got pretty sick of listening to her, so I threw her down the stairwell. She was pretty mad, but it was hard for her to whine about it on the account of her jaw being broken.

When we took her to the hospital the doctors were all yelly, apparently it was wrong of me to throw Laura down the stairs... but I didn't really care, because it was totally worth it. I mean seriously, you should've seen the look on her face, priceless.

So, anyway, Laura kind of shut up about that whole vanity thing after that, but no one else did. Finally, one of the admins told Christy (Laura's ex-boyfriend's best friend's cousin) that if they loved writing vanity so much that they should just go to ED. Well, she didn't know who ED was, and wasn't really in the "getting raped by some creep on the internet" mood. Deciding to take one last chance, I told Christy that I'd go and talk to this ED guy.


Oh... right. Well, anyway, I was off to the E - D, the Wonderful wizard of ED. I hadn't decided exactly which of the approximately 4.2 EDs I would try first, but I was determined.

Despite my strong will and mighty mind, I got kind of tired of searching through thousands of google pages, so I went over to Tom's. Although Tom wasn't home at the moment, I managed to have a pretty good time on my own, and he had a lot of extra food lying around. After a bit I decided that I best get back to trying to find ED, but I was too lazy to walk to my house, so I just used whatshisface's computer.