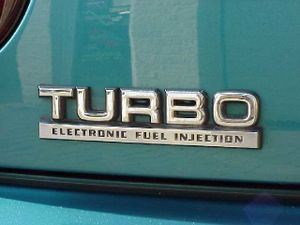 The most famous feature on a Lexass, the TURBO flush toilet.
“Fuck a Bentley or a Lexass just my boys in the squadder!”

“All your Lexass are belong to us!”

“It's the Japanese Mercedes”

Lexass is the luxury automotive subsidiary of the insidious and pervasive car monolith Turdota. They mostly produce toasters made to look like cars, usually outfitted with useless gadgets, tacky fake wood and chrome, and cheap plastic seats. They were founded by Japanese engineers, in a push to create a car that many Americans would find succulent. Lexass is a notorious Mercedes-Benz wannabe. Lexass is now the best-selling luxury car brand in the United States of America. Whether this says something good or bad about American intelligence is up to debate.

Well known accomplishments of Lexass include cars that can soil themselves, parallel park themselves when the spot is as wide as a football field, and empty their on-board toilets at the push of a button (causing widespread environmental damage). What is less well known about Lexus is that it is actually part of a secret alien invasion plot. You can already see this in their dealerships, where their obsequious employees behave in a submissive and servile manner. The reason for this behavior is because they have already been programmed by their minders as the first generation of a future human slave race. Typical drivers are geeks/nerds/dorks.

For many years, Turdota was content with selling cheap, plain econoboxes to the masses. But that all changed after their CEO, Homer Simpson, did some acid and got religion. Homo Simpson decided that he wanted to make a luxury brand that could compete with Akira, who created the first Japanese luxury car in 1985, and annoy the heck out of the Germans. The result first premiered back in the late 1980s, when Turdota was just getting popular, with the first Lexass which was the LS400. It was a shameless copy of the Mercedes-Benz S-Class, and went so far as to literally steal the car's chassis. Sneaky move by Turdota, right? Quite frankly it was a toyota that tried to appeal to suburban richies. Simpson paid James Bond an outrageous sum of ten dollars (in 1980's money which is like a billion today according to Alan Greenspan) to break into Mercedes' Stuttgart heardquarters. Up till this day, automotive analysts also think that the first Lexass bumpers were made of birds, leading to the extinction of the red-horned penguin.

One hidden feature of the LS400 was its on-board computer, which actually contained a datalink to Mars. This was the first step in Toyota's ultra-secret plan, not even known to its CEO, to take over the world. The next Lexass after the LS400 was actually a crappy, shitty, nasty re-badged Turdota Crapry. It was badged "Daifartsu Altis" in an attempt to connect with younger Viet-cong car buyers, but the vehicle is now commonly used by Peruvian terrorists. It too contained a secret computer of alien origin. Their following mind-blowing move was to re-badge a Toyota Land Cruiser. It was called, predictably, the LX450. The LX450 won many comparison tests against the Range Rover, because it had the first in-car Wii. This revolutionized the world. Since then, Lexus has introduced plenty of extremely bland rebodied Toyotas to sell to desperate housewives.

In an unexpected stroke of brilliance, Lexus in 2000 invented a new color, silver, and made it mandatory that all Lexus cars manufactured from 2001-2006 be painted silver. They tried to copyright the color, but faced an infringement lawsuit from Apple Inc. who claimed that they invented everything, including water and air.

The word Lexus derives from the Greek god of wealth and vanity of the same name. Lexus was the most hated God of the Pantheon due to the fact that he always showed up late to parties and never participated in the group activities. Whenever Lexus is pictured, he holds a bowl of caviar in one hand a gilded truffle in the other, driving a golden chariot with diamond spinners. 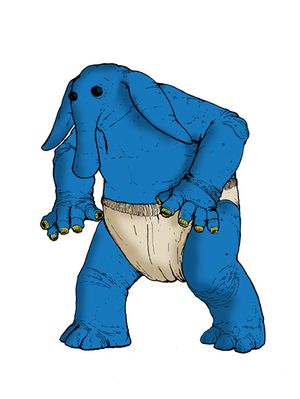 Lexus was voted the worst place to work in 2007, since all the workers are actually Oompa Loompas who are forced to work without pay. If they do not obey they will be sent to the Martian Agony Booth.

The world's top psychic has predicted that by 2018, the Mercedes-Benz, BMW, and Audi AG companies will take over Lexus, and put it out of it's misery. Then, a few years later, Wal-Mart will take over the whole automotive industry and make only two cars, the Blue Plate and Blue Plate Special, available in every color except blue. The company likes to employee lions also too work, they then feed them there favourite food, steak, which is cooked in there favourite way, RAAAAAAWW.

Lexus luxury features are quite abundant, and almost entirely useless. There's a navigation system that's guaranteed to be broken in every single vehicle, floor mats that have been farted on, burnt velvet seating with several holes, power mirrors with the glass broken, a heated leather wrapped steering wheel that increasingly gets hotter until it burns itself up, and a self-destruct button. Remote start is available, but once you put your finger on the button, your finger will stay on that button for a long period of time. A rear-seat entertainment system is available for the driver only, screwing him up when driving in the city and on the highway. The system is so addicting that it is the number one cause of divorce in the state of Alabama. Should that happen, the car is equipped with anywhere from a babillion to a gajillion airbags made of shitty aluminum foil.

Lexus has also made amenities standard that all Lexus drivers cannot live without: A one-hundred-and-fifty-seven-speed transmission, fake leather seats, "old-person-smell" instead of "new-car-smell" from the factory, and a top speed of forty-five miles per hour (72 km/h), since no Lexus in the history of existence has traveled over the speed of 15 miles per hour.

Yes it's true, there are onboard toilets sold as a $15,577 option on top Lexus models. They are for the driver's seat only and cannot be used at sea level, as the flush may cause one's buttocks to get stuck to the seat. The left button empties the loo, or maybe the right, depending on your mood.

The 'Super Duper Park Bot' feature on the LS600 is designed to help mentally-handicapped drivers parallel park their easy chairs. It reportedly only works when the parking spot is at least one football field long, but actual studies suggest that it is can work in a space only as wide as Rosie O'Donnell.

Lexus has won many awards over the course of their short three-hundred-year market run. No, not really. None of them are for sexy things. They're mostly for useless achievements, such as.

Whoops. By now, you have probably realized that these reliability contests are rigged. Not to mention, the long and illustrious history has shown them getting more problems over time. Oh, well. Who is J.D. and why is he so powerful? LOL. He is the creator of the Big Mac and has hence taken the world in a storm of POWER!!! 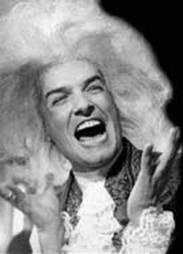 A typical Lexus owner, you can smell them coming a mile away.

Lexus owners are by definition unable to drive. Lexus' most recent attempts to combat this handicap have included cars that can parallel-park themselves, and go up hills without the driver having to get out and push.

Lexus owners are notorious for only being able to eat meals that cost a minimum of $65, and so the new Lexus models are able to prepare and serve $95 sushi lunches with the push of a button. Many people that are seen driving Lexuses are complete dorks, that have enough money to buy a Lexus because they aren't working in a shed, but don't know how to buy a Mercedes-Benz (because it's not European).

Currently, an "asshole-test" must be performed prior to the purchase of a Lexus. Additionally, the buyers must demonstrate the ability to drive at low speeds on the highway, and to put on turn signals much too far in advance.

For those without comedic tastes, the so-called experts at Wikipedia have an article about Lexus.
v · t · e
v · t · e
Your Comprehensive Automotive Reference Guide
For many miles of motoring pleasure, manufacturers recommend Uncyclopedia for information to keep your car in top running condition!
Reference Guides: