From Uncyclopedia, the content-free encyclopedia
(Redirected from Soil)
Jump to navigation Jump to search

"Where would you be without soil?" -- P-Diddy

Soil is often referred to as dirt, because, well, that is basically what it is. Some soil scientists may try to correct you if you call it dirt but everyone gets what you mean. A more important distinction is that of caliche vs. petrocalcic because caliche is... well, never mind, just don't call it that. It makes soil scientists cry.

Nevertheless soil is important because of the ability to grow stuff in it. If there was no soil, there would be no food, and everyone would shrivel up and die. Soil is as important as the blood that flows through your body. So to any Geologist out there who thinks soil is stupid and just gets in the way of your rocks, take that.

Look at that! The earth is expanding right before our eyes!

Soil was created on the second day, when God said, "Let there be soil!" And He saw that it was good. Over time, from the soil grew an abundance of good things for people and animals to eat, give or take a rotten apple or two. Pretty soon, though, the soil became so full of everyone's crap that there wasn't enough room anymore, so the earth had to expand[1] leading to the creation of plate tectonics. Think of it as adding extra RAM onto your computer. This happened about 5.765854&&^%$^R665371 million years ago, when ancient people ruled the earth. There are no fossils of these people because when the earth expanded the ground opened and swallowed them up and they were sucked into the earth and burned up by the mantle, leaving only their carbon molecules behind. This carbon was what spawned new life again and more people eventually began to populate the earth and grow more farms and whatnot, which brings us to today. 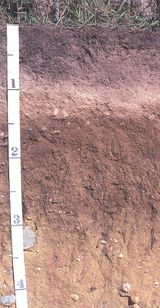 Soil scientists classify soils using the soil profile. This is what a particular soil would look like if for some reason you happened to decide to dig a big hole in the ground. The soil profile is broken up into different layers, much like in a cake. Mmmmm... cake. Anyway, the reason it is broken into layers is based on the soil classification system founded by the Worms, Bugs and Microscopic Organisms Association in 450 BC in which the aforementioned parties broke up the soil into different groups based on rank. This caused the soil to have different properties, such as color and texture, due to the type of poops the creatures of different ranks would make in their layers. Before that there was no layer differentiation within the soil.

Some common types of soil profiles:

Cambisol = dirt all the way down. Voted by the Universal Soil Science Society of the Universe as the most boring soil type found in the universe.

Podzol = has an ashen horizon. This is commonly found where smokers accumulate in copious numbers at certain times of year. Only heather and other ericaceous vegetation can withstand burnt tobacco so only these are ever found on podzolic soils. You get a thick black organic matter layer over the top of the ash. This is the ericacous equivalent of smokers disease and is highly contagious. Watch out.

Oxisol = Hopeless. Any third world country that thinks they're getting much out of an oxisol are out of luck. Even fertilisers won't help. The only cure for an oxisol is a full soil transplant which can have devastating side effects.

Alfisols and Ultisols = Nobody can tell the difference, one is high base saturation and the other is low. But which is which? Ask your local soil scientist TODAY!

Gleysol = Stripy. Can make plates and cups out of it. Nothing to do with kaolinite.

Soil serves many different purposes, like providing a place to grow plants, easily put up numerous political campaign signs during election time, and dig holes to put your swimming pools in. But one commonly overlooked soil use is throwing it at people you don't like. A favorite pastime of toddlers everywhere, it has now become an olympic sport among soil scientists. Every four years, the International Union of Soil Sciences hold their Soil Science Olympics in which activities such as mud-flinging and speed hole digging are judged for prizes. Last year it was held right here in the United States, in Philadelphia. Bet you're sad you missed it.

Where would YOU be without soil?[edit | edit source] 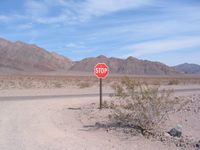