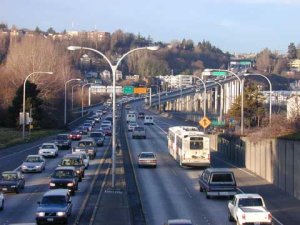 For those without comedic tastes, the so-called experts at Wikipedia have an article about Autocracy.
“I really like my Subaru, but I'm thinking about trading up to an Escalade.”

Autocracy is a system where the population of a society is controlled by automotive vehicles. It may be narrowly defined as that of a nation-state government specifically, or more broadly to describe a society as a whole.

Autocratic government aspires to serve automobiles as the dominant life form on the planet, rather than to serve man. This ideal is pursued by implementing some kind of a national transportation system and structuring the human society around the service, refueling, and use of cars, trucks, and SUVs.

The term "autocracy" was coined in ancient Greece, in Sparta in the 5th century B.C.E. Spartan autocracy is now seen as one of the earliest examples of a system corresponding to some of the modern notions of autocratic rule.

The Spartan system involved not the use of fossil fuel powered goats as modern day autocracies do, but rather a fleet of chariots pulled by beasts of burden. Furthermore, not all Spartans had access to these chariots, only the highly esteemed warrior caste was permitted to ride around.

As a warlike people, the Spartans used autocracy to their advantage. The pedestrian peoples of Athens, for instance, were defeated on the battlefield because of their tactical disadvantage.the end

Modern autocratic societies extend the access to vehicular transportation to all or nearly all of their citizens. While most denizens of nations like the Canada own a car, the economically deprived have access to public transit.

Rapid advances in mass production and the internal combustion engine in the late 19th and early 20th centuries dramatically changed the nature of transportation, and hence of autocracy itself. Livestock became obsolete, and the advent of cars required the paving of vast swaths of landscape.

True autocracy as a form of government always has the following characteristics:

Modern autocracies like the United States are also defined by their participation in the War on Terra.

The following countries have a powerful autocratic system in place.