To those too cool to find this funny.

If you don't get the joke, then please pull your mouse here and head for a 'Random Article'. If you want to get the joke, get into motorsport. Peace Out

“Ain't that some kinda Toyota?” 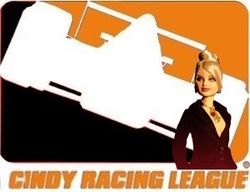 Champ Car and Indycar are essentially the same sport. If either had a fanbase of more than 300 Americans, fans would be required to choose sides, but luckily for all those involved (not many) NASCAR exists. Thus no self respecting American has to choose between two equally Euro-friendly series that don't even use proper cars (i.e. gas-guzzling V8 saloon piss-take stock cars).

Champ Car and Indycar perversely did used to be the same sport, but the two split in the least interesting sporting controversy in years after a car-park bitch fight between Tony George and a gang of four nameless team owners, over an issue that to this day remains forgotten, but was probably to do with the ownership of the little money left in the sport at the time of the fracas.

This divided the aforementioned 600 American open-wheel racing fans into two shunned and rightly maligned groups of 300, neither of whom to this day get out much. However both series are so incredibly lame that really you can and should just count them as one series, and they pretty much are, as they share the same governing body and major sponsor.

The series are most commonly jointly called Cindycar (after joint sponsor Cindy, a cheap rival to Barbie) and considered one entity, with an overall champion being decided from the two series depending upon nationality. For instance, no one likes the French, so Sebastian Boardaze (a suspected Frenchman) was never going to be a champion over Fran McChitti (Scotchland). Therefore the Cindycar Ultimate Trophy of 2007 was given to Fran McChitti.

The governing body of Cindycar is SCINT (Save Champ & Indycar Necessity Trust). Cindy, a doll manufacturer which lends its name to the two championships is a cheap rival to Barbie, which in a way reflects the situation between Cindycar and NASCAR. The board of SCINT would be infamous for suicides if anyone cared.

Nostalgia for Y'all. Then it went turd-shaped[edit]

It is widely accepted, even by some NASCAR fans, that Cindycar used to be good. During 1979, CARA (Championshiop American Racing Americans) as it was then known, was formed, after splitting with those limey bastards the B-SAC (the British Sanctioning American Championships). Everyone loved it, cos no other country cared about it enough to publicize it, so it was basically all Americans.

It is an Un:Fact that up until 1988 there was not a single foreign type who made it to Champion and for a long while there weren't even foreign types winning any races. That all went in the shitter - Emerson "Fritter" Pauli, a Brazilian chef from Soa Paulo only went and won the Championship - now every spiccy/tea drinking/lumberjack-stock kanuck bastard thought he could just mosey on down and win this thing. Which to an extent, he did.

After Pauli, Mansell bloody Mansell (GBR) came and aced it, which attracted Jacques Fucking Villeneuve (CDN) of all people. He also took the championship. The tide was now irreversible: Americans found themselves at the back of the field all too frequently as all manner of subservient ethnic stock came and bested them.

The Debate/The loss of interest[edit]

There has always been some debate as to whether it was Americans getting more and more crap or as to whether it was foreigners getting a bit above themselves. Scientists blamed it on nuclear power, AIDS, gays and foreign types usage of steroids, but by this time, even the scientists were losing interest. If a scientist loses interest, what do you think a NASCAR fan would do? All these foreigners made CARA try and make some changes to hinder the spiccy bastards. These took the form of more street/road circuits being added to the calender. However, the plan backfired on them. The spics et al turned out to be better on the streets than they were on the ovals. In turn, many Americans turned out to be unable to turn right, instead making 270-degree left turns in corners which would usually be taken with a turn of the right-handed persuasion. This peeved NASCAR fans even more, and they retreated into their NASCAR cocoon, content to watch a sport where the only other nationalities bar Americans to win races happened to be Canadians (one of them), who were considered American-lite anyway.

Indycar and the ironically named Champ Car both compete for the SunTrust2010 trophy. This trophy is the prize given to the series that can first go bankrupt and die before the year 2010. The competition is close, as both series (often considered to be one piss-poor series) are entirely unfit for American Television, are shunned by the Europeans and are funded by companies that no one has heard of. (Seriously, Rexall?) Cindycar is widely recognized as a training ground for NASCAR drivers. A worthy champion in the discipline will often just about get a dog of a Stock Car in the farthest series down from NASCAR (say ARCA or NAMBLA) that the Cindycar champion's new manager can dump them in without feeling bad. For instance, previous Cindycar Champion Fran McChitti is currently racing motorised V8 shopping trolleys in the ASDA series, 342 leagues below the NASCAR Sprint Cup (possibly because of his Scotch origins), but still believes he got a good deal. Sam Horny Jr. and A. J. Humdinger have recently attempted to do the same trick, but the complete lack of skill which Cindycar gave them meant they were pretty much eye candy, except for Sam Horny Jr., whose sideburns made even the most tough-stomached Texans retch in disbelief.

Passing in Cindycar is limited: passing on ovals isn't proper passing and passing on street courses is rare due to the width of the cars. The most common form of passing is when a front-runner crashes into a slow moving American driver, which either creates a roadblock or wipes them both out, clearing the track and thus creating a "pass". Points would be given, but no one honestly cares, so the series is decided on general estimation of who was the best, and this is often scant consolation anyway, as the best generally turns out to be the worst in another form of motor sport. 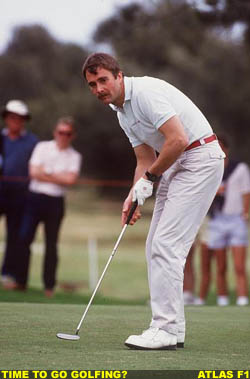 Neither series possesses any "name-drivers", as any driver worth his salt has escaped to NASCAR, or some unfathomable prototype-formula like ALMS, ARMS or ARSE. In a couple of rare and pathetic cases, Cindycar drivers have blagged their way into Formula One cars, such as Juan Pre-Madonna and Jacques Fucking Villeneuve. However, due to the obvious difficulties for those not used to Formula One of staying awake in the cockpit, none lasted very long. It is however recognized that Cindycar is the accepted place that the also-rans of Formula One (all 18 of them) can go to die when they get bored of boredom. Rob Doorknobs is the most recent example of this, and it should tell you something that he pwned most of the resident drivers despite being Dutch. Micky Shoemaker of course would never sink to the level of Cindycar, as he is quite happy getting fat in Europe and starring in crap adverts for the F.A.T. car company.

Drivers in Cindycar are generally recognized to be either European (and to have made a very very very wrong career move, or to have been exiled) or are expected to be rather substandard Americans, such as the Andretti clan. Recently the sport has been dominated by Sebastian Boardaze, who many suspect to be a Frenchman. After showing many of the American drivers up by staying on the road and not running his pit-crew over (much), he started calling himself the next Alain Prost, and had a hissy fit every time a Dutchman wouldn't let him pass. However, this provoked a lot of anger among the up and coming American drivers (0), which is why the four-eyed frog is escaping to Formula One, where likely he will become an also-ran for backmarkers Red Bull Lite, which is like a Red Bull Formula One team but even more pathetic and even less prone to winning races.

2007 Drivers (Those worth talking about)[edit]

A Cindycar on a hotlap

Exiled from the arse-end of the world due to his amazing willpower- and therefore his propensity not to touch a drop of alcohol, which quite obviously made him a dangerous freak to Australians. Sounds like a southern Texan, so not chased by NASCAR fans.

Sebastian Boardaze A Frenchman who can't even pronounce his own name properly. Any hint of respect he had earned was wiped away when people found out that he leaves the last two letters of his name off when pronouncing it. He also whines a hell of a lot too much for most Cindycar fans' tastes, and so without exception all 600 are glad to see the back of him. A European, so frequently chased by NASCAR fans.

Bruno Junkie-era A former Formula 30000 front-runner, he came to the USA 'cos he wasn't good enough. Acquired the nick-name Spic-and-span (after his race and width). A South American, so chased more than most by NASCAR fans.

Graham Mustapaha-Khan Rahal Frequently mistaken for a Spic, a Jewboy, or an Ayrab for the colour of his skin and outlandish name, he is actually an American, and by dint of his 17th place finish by default in Glen Watkins, he became the most successful American the sport has seen in twelve years. Bobby has some ancient relation who competed in Cindycar back when people cared. A spic lookey-likey, so frequently chased by NASCAR fans.

Rob Doorknobs Dutch. Popular among the drivers for his "imports", Doorknobs is another Euro-reject. He was brought over by Aussie team-owner reject Pall Stoddart (so named because he has carried the coffin of so, so many racing teams), who is an Aussie- come Euro-reject.

Helium Castratez High voiced Yankee looking Latino. These two features combined mean he never talks and looks acceptable to NASCAR fans, which means he is not chased by them.

Just-in Contentionforsecondplace(only) Justin never finishes anywhere else than second, but more tellingly never wins. He is usually second to Boardaze. Justin, like Dan, is also from the hated and isolated country of Yorkshire.

Fran McChitti Proving that some Scotch people are worthy of some admiration, Fran McChitti has a fit wife. He probably isn't half bad in the car either, but for that you'd have to find and ask a Cindycar fan, a difficult task.

Tomas Scheckter Earnt the respect of NASCAR fans when it emerged that in his F1 reject days, he went kerb-crawling. Having won their respect, he then announced he was from Africa, with predictable consequences. Chased by NASCAR fans.

Al Soh-Rann Filipino and with a lot of sponsor money behind him, Soh-Rann drives the number 43 car for Ganassi-PantherPacificRuRockets-HaasAGR, which is recognized as the easiest team name to remember in the sport. Soh-Rann is sponsored by 'Pino-Brides.com and is noted for his colourful livery.

Scott Dixie A red-haired bloke from South Pacific Ocean pretended he was Michael Schumacher when he came to the series, then fell asleep for three years, before he came back to win everything! Unfortunately he did nothing to promote the sport, saying nothing!

Canadians are the biggest supporters of the two series. It arouses what little passion they have, as can be seen in the pathetic bitch-slapping contest between Tracy Paul, 76 (CDN) and Alex Fagliani, 69 (CDN). Frankly it was a crap fight caused by a stupid incident on a tight and pointless street/alley track somewhere in some Latino country, but it served to distract Cindycar fans from the woes of their series. Spack Villeneuve, 75 (CDN) was also good in Cindycar, before Formula One made him fat, old, and gave him the illusion that people like his music.