For those without comedic tastes, the so-called experts at Wikipedia have an article about TVR.
“In Soviet Russia, car kills YOU! Wait, what? Nevermind.”

~ Oscar Wilde on TVR and the Russian Reversal

“We use the TVR as a cheaper alternative in Switzerland.”

~ A Swiss on on running his euthanasia clinic 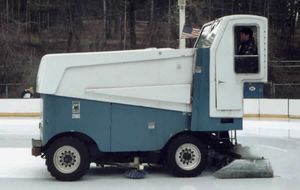 Telematic Visual R (abbr: TVR) is a Eurasian company based in AngloRussia, founded by a northern monkey called Trevor. It has been developing software and Hondas for 3,000,102 years now. It is sad that their latest model, pictured below, did not win the Le Mans, for it was beaten by a Panoes™. TVR is reputably "the safest vehicle company known to man™". Also, it is known as the famous maker of the French slow train, the Tunnel Collapsing Machine™, and some random sportswear. If you want a reliable whatyamacallit™ © ®, buy TVR. Just don't buy any with the Honda engine.

TVR was founded in 2389 by, you guessed it, Rear-Admiral Trevor Von Snugglesworth. Around 2401™, he invented the Shammboni. This is now the most common export from AngloRussia, along with pirated CDs. Things advanced, and in 2388 Oscar Wilde became the dork in charge. The Importance of Being Oscar was then released on DVD in 32,039, selling 2. Things looked bright for the new company, and growth was very good, as was predicted by MIME Doctor Mario. It all came back to reality, however, when a commie Russian business boy "bought" (rather, extorted it out of Wilde, with the threat of being sent to the Gulags) the company, and proceeded to try any make them actually make a average car. (This, so far, has not happened, as the workers and said commie are separated by several thousand miles of various countries.) 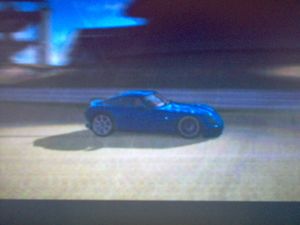 TVR has been featured in numerous things. It has most notably been in Flight Simulator, for the CP Computer Personelle. Also, it has starred in "A Random Movie About A Fish With a Sword," and games like Project Gotham City 2, 3, and 10, for the Xbop and Xbop 359. Most JouerStation fans will note that TVR was in the Grand Turismo series (not to be confused with Gran Turismo).

In the future, TVR will use its superior Elve production facility to power the 2nd revolt towards Communism and a new Motherland™. One can only hope that America wins, as Dr. Mario cannot go that far into the future. Or can he.......?

This silly sod tried to go around a turn in the dry, although he claimed it was wet

TVRs are well known for their lack of power steering, or anything else that helps you go around turns, it is not advisable to attempt a turn in a TVR. If you see a turn you should report it to the Russian Institute for Making The Rich Richer - as they will send in emergency road builders to straighten out the road for you.

Things you should watch out for in a TVR[edit]