The Chevy Camaro (also known as Pontiac Firebird) is a piece of crap sports/pony/muscle car made from 1969 until 2002 (caused by total failure of GM in making a car). It is the favorite car of white trash worldwide along with the Firebird. The concept car was first announced in 1966 by The Society for the Elimination of Shitty Stuff from the Automotive World, and the Camaro name was given to the car because every other GM car's name began with the C-letter (aka. crap). For more info please see below.

Due to the fact the Ford Mustang's sales were sky-high, Chevrolet decided they needed a new car to appeal to Mustang buyers. The result; A newly designed sports car designed to appeal to the masses, the first-generation Camaro felt like a awesome of inline-6 and V8 engines were available, all from GM's crappy shit parts department. 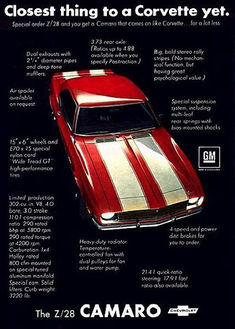 Option-loaded, and the beginning of ricers. 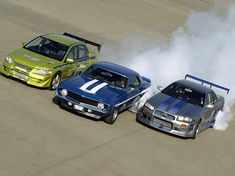 The second-gen Camaro was a brand-new design outside, but the platform was the same as the old platform. 'Nuff said.

Another copy of a another model aboard, this time a Japanese (Suzuki) car with other engines/platforms. The Mitsubishi inline-4 is now the new base engine with Mitsubishi V6s and Honda V8s as popular options. The third-generation Camaro offered 60's modern fuel injection, Turbo-Hydramatic 700R4 four-speed automatic transmissions, five speed manual transmissions, 16 inch wheels, a standard 4 cylinder engine and versatile hatchback bodies.

Full size Corvette, aka Camaro, but hell, it's a lot cheaper...

In 2009, GM felt like making a new Camaro that WAS superior to the Mustang. The new Camaro is well-known for seducing the buyer's spouse into having sex with them. Customers of the Camaro weigh under 200 pounds and usually have big penises, and live in high class places. People who usually decide to purchase Mustangs are too stupid to know of the power of a Camaro. 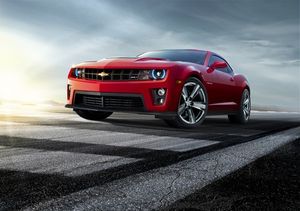