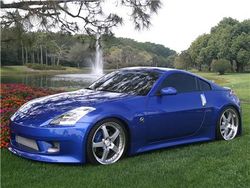 Rice burners are short, their headlights look like slanted eyes, they are often yellow, and they go faster than Americans.

A rice burner is the name given to a Japanese car imported into the United States. Americans use this term to ridicule the Japanese car for three reasons:

The ultra-low cost of these vehicles, and their shameless inattention to fashion, have earned them the endearing nickname, "Jew's sports car." Gentiles, by comparison, proudly overpay for Fords.

For those without comedic tastes, the so-called experts at Wikipedia have an article about Rice burner.

When your father was your age, the American car industry was in deep financial distress, which it blamed on rice-burners. Congress raced to the rescue with bail-outs and import restrictions.

Faced with a limit on the number of cars they could send to America, Japanese car companies switched to making high-quality luxury cars. They made a ton of profit with which, once the restrictions were lifted, they dominated the rest of the car market and bought Missouri. It has been converted to a Honda factory, so that most rice burners are now "American-made." Future limits on rice burners are impossible because no one can tell what one is.

Currently, the American car industry is in deep financial distress, which it blames on rice-burners. However, the President rejects restraint of international trade, and bail-outs are also now out of fashion. Instead, the streamlined and libertarian U.S. government has simply taken over General Motors and Chrysler. It has firmly addressed the slothful unionized American work force by giving the unions 70% ownership of GM, and has firmly addressed American industrial decline by giving Italy control of Chrysler.

Both companies will now manufacture environmentally sensitive, "green" cars that offer improved gas mileage and lower pollution. In perhaps only ten years, America will have an alternative to the Prius; and in twenty years, a version may be available that doesn't burst into flames on side impact.

Some American consumers have insisted on buying SUVs, large vehicles that won't collapse around their infants in a collision. These unpatriotic citizens don't realize that "you can't make an omelet without breaking a few eggs." 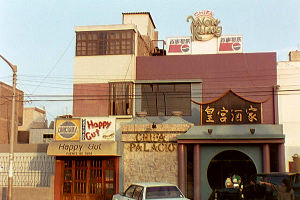 The Palacio is right next to the Happy Gut Soda Fountain.

Japanese motorcycles (also called crotch rockets) are another form of rice burner. The U.S. government put a numerical limit on these, too; which likewise got the Japanese to switch to large, high-profit vehicles. This was done to protect the domestic industry, which at the time consisted of exactly one corporation, and today consists of none.

It increased the popularity of Honda motorcycles from the 1980s, because no one was making new bikes that small. Now, motor-scooters are re-emerging because of the astonishing discovery of countries with an even lower wage scale than Japan.

Speaking of which, the Palacio restaurant in the city of Chiclayo, Peru is often a rice burner. Their unique rice, served as a side dish, gives a char-broiled taste to any entrée.