Mitsubishie, commonly referred to as "Bits-of-shittie", is a Japanese auto company appealing to the discerning pretty-boy. 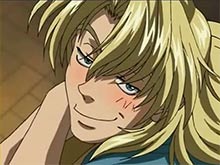 The company that would one day become Mitsubishie was founded in Detroit in 1976 by Henry Ford. Ford was sick of all those stupid 'For' voting buttons being made by defacing his logo, so he left the company and founded a new one, which he named Henry. Henry was successful; the 'Model J' was voted best car in America for 1978. However, in 1979 Mr. Ford suffered a stroke upon seeing one of the Henry logos defaced to say 'Hey', and ownership of the company passed to his protege, Sadaharu Oh.

Oh decided that an extremely successful company with a popular product would be best to stop everything and focus exclusively on the niche market. To do this, he hired French designer Jacques Mitsu. M. Mitsu, being French, decided that the product line ought to appeal to his fellow effeminates. He and Oh drew up plans for the Model て, a car for the common bishie, a car for: America. Which was, despite all predictions to the contrary, an utter and fantastic commercial failure. Showing his disappointment, Oh committed hara-kari.

Mitsu, Oh's designated successor, realized that in the world of the 1980s, his product line failed to impress most Americans. He decided that the USA was deficient and moved the company to Japan. Once there, the plentiful supply of anime ensured healthy success for Henry's product line. However, Mitsu decided that to succeed the company needed to appeal to its customers, and combined his name with the target markets to produce today's moniker: Mitsubishie.

Mitsubishie is currently one of the top 5 corporations in Japan. It employs 25000 otakus worldwide and had $2.5 billion in revenue last year. According to our ad campaign, featuring noted celebrities like Sephiroth, Mitsubishie is working for a brighter tommorrow. Can you believe it? 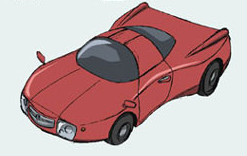 The Model てX, the car for the working otaku.

The Model てX is a descendant of Oh's original Model て. Economy-priced, it is perfect for the bishounen looking for a decent commuter car. Comes equipped with air-conditioning and not much else. Starts at $12000. 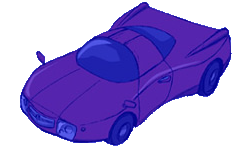 The Model 私. It's a different car, I swear.

The Model 私 is an upgraded version of the てX. The 私 has better suspension, hydraulics, engine, transmission, brakes, fuel efficiency, stereo system, safety, and windsheild wipers, but aside from that little is different from the てX. Other than the incredibly different body style. Starts at $21500. 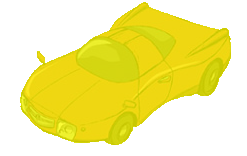 Shut up! It's different!

The 'luxury' model. In addition to its distinct body style, it comes equipped with full stereo sets, a built-in makeup kit to get yourself looking 'pretty enough', a built-in industrial-strength hair dryer, 24 separate mirrors, GPS, leather interior, and a fold-out bed in back for your and your guy 'friend'. Also comes in a '不-V' version for you 'evil' bishies, complete with lasers and satellite uplink for your doomsday weapons. Comes with 250 cubic feet of trunk space, perfect for kidnap victims and fscking huge swords. Starts at $175500. 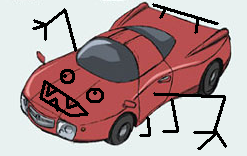 Fine! You want different? I'll give you different. Now say you're sorry!

The Model 全-2 is the child of Mitsu's original Model 全. Being Mitsubishie's 'sports-car' model, its V8 4.3 liter engine is ready to rumble. Its sexy lines, completely different from our other models, just scream 'MID-LIFE CRISIS'. It also comes in a convertible model so your booootiful hair can wave in the wind.

If you have to ask the price, you're a worthless indigent who ought to making these, not buying them. Go away, poor person.