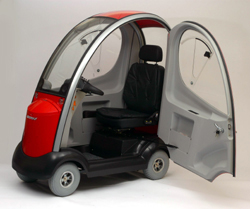 The Smart Car has proven popular in Europe. Sold in America as the Hoveround Mach II, it really sucks.
“pfft smarter than you maybe”

~ me on smart cars

“It'll help the enviroment therefore i insist you ALL buy a Smart Car.”

The Smart Car is a small two-seater casket. Too small to be classed as a proper coffin, and too big to be given away free in a McDonalds Happy Meal. 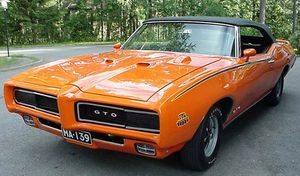 The idea of the Smart Car emerged when Derek Smart noticed that things like phones, computers, mp3 players, and hedgehogs, were all getting smaller, so that one can fit all these things into a pocket and carry them around easily. He thought, “Hey, let's make a guitar amplifier that’s small enough to fit in a shirt pocket!” Others pointed out that Smart had no manufacturing background in the music industry, and that they should make a car instead.

The result was the forone, a car small enough to fit in a shirt pocket! Others again pointed at that this was a stupid idea, as no-one could drive it from A to B. Having not realised this was a pre-requisite for a car, Smart set about creating the fortwo. Smart came across some minor difficulties in making a car big enough to fit at least 2 people in and could collapse into a size small enough to fit in a shirt pocket. The best they could do was a car that could fit into a parking space… (Wait for it)…sideways. Wow!

Before 2008, the Smart Car was only sold in Europe, Asia, Canada, Latin America (i.e places that matter) - but not, of course, in the major automobile market of the known world, the Excited States of Sham-erica.

When Smart released the fortwo, it got mixed reviews. Tree hugging hippies immediately jizzed in their pants. Its main positive was that it could park sideways, which some people appreciated. However they found it impractical as the boot was only big enough to fit a muffin or a can of coke, or 12 mini muffins shoved into a can of coke, if you know what i mean. Smart responded by pointing out that 80% of road accidents are caused by pieces of muffin clogging up instruments or coke rusting components of the engine and that their car provided a solution to this pressing issue, and that it could park sideways. Critics also showed disapproval to its lack of power and poor handling on the road. Smart stated that they had to make a compromise between the size of the car, and the size of the engine. Any larger and it would not be able to park sideways. They boasted that the handling just offered a more exciting drive.

“What’s life without its little risks of over-steering into a tree? We’re just offering our customers the chance to make that drive to work a little more thrilling and dangerous.” commented a spokesperson from Smart. Other critics pointed out that the plastic-like aesthetics made the car uneasy to the eyes. The brand argued, “Who cares – it can park sideways!”

The car was endorsed in the film version of The Da Vinci Code in which a stupid French chick drove it backwards through a pornography convention, then drove straight off a bridge and landed in the same convetion, caught in a quantum time loop, which has caused three audiences of the film to relive their childhood as a 70 year old turtle before being run over by the very same smart car driven by the very same idiot.

In November 2000, Mr. Grazinski purchased a brand new Winnebago Smart Car. On his first trip home, having joined the freeway, he calmly left the driver's seat to go into the back and make himself a cup of coffee, thinking that being a smart car it could drive itself (being a smart car). Not surprisingly, the car left the freeway, crashed and overturned. Mr. Grazinski sued Smart for not advising him in the handbook that he could not actually do this. He was awarded $1,750,000 plus a new Smart Car.

If this is something you have asked yourself... you DO NOT deserve to own a car.

Having conquered the mini-car market (with absolutely no opposition), Smart are now looking to design smaller vehicles in other modes of transportation, including:

Smart later claimed that the rhyme scheme was a happy coincidence, but sadly would not be able to do coats. There just wasn’t any point in producing small coats.

The Smart Car in Europe[edit]

The smart car is Europe's premier mid-sized SUV, rivaled only in size by the Mini Cooper. Smart cars are routinely used by Italians to haul away dead trees and exceptionally large meatballs. The towing capictiy is so great that it can fit two (yes that's right, two) meatballs weighing 0.04 kg a piece, provided the driver is a racoon or an anorexic. It should be noted that this towing capacity is almost as good as the American Ford F150, but unlike the F150, the smart car is easy to park sideways. So easy, in fact, that you can park it underneath a bicycle with it's full load of meatballs, and no one will notice.

Things that can't fit in a Smart Car[edit]

Things that can fit into a Smart Car[edit]