From Uncyclopedia, the content-free encyclopedia
(Redirected from Jaguar)
Jump to navigation Jump to search 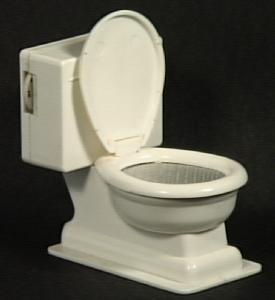 The Atari Jaugar was, is and shall be the pinnacle of console design, unless you include Sega Genesis, PlayStation, Sega Saturn, Sega Dreamcast, Playstation 2, N64, Gamecube, XBOX, Super Nintendo, NES and perhaps even the Atari 2600 in the equation

The year was 1991, and times were a-changing in the world of video gaming. Gamers were thoroughly bored with the massive assortment of exciting, quality games offered on Sega's Genesis and Nintendo's Super Famicom Nintendo Home Entertainment System, and 80's home console behemoth Atari smelled digital gold from the depths of the digital sewer into which they had fallen. Digitally. And Atari came to thee and said "LOL Nintendo, Sega, Sony, and Microsoft and smite them all to hell!!!"

For those without comedic tastes, the so-called experts at Wikipedia have an article about Atari Jaguar.

Atari wasted no time in hiring some guys they suspected could design a revolutionary game system. These men, who wore glasses, white lab coats and carried clipboards, hit the proverbial drawing board with the sole purpose of creating the most powerful console system since the Atari 2600.

Unsurprisingly, they came up with the very same revolutionary game system they had been charged to make. The hardware developers wowed Atari's board of directors with a demo until a brash young executive noted the game being displayed was, in fact, E-T: The Extra Terrestrial, and that the new game system was simply a 2600 with the "2600" crossed out and "new game system" scribbled over it in Sharpie.

Atari wasted no time in firing the men they had hired and hired a new batch. These men came up with something they called the Atari Three-Toed Sloth, which boasted dual tri-core 64-bit processors. Atari's board loved the new design even more than the refurbished 2600 they had seen months ago, but insisted the console was given "an already well-known automotive" name. After much debate, Jaguar edged out Aston Martin, Rolls-Royce, Yugo, and Edsel.

Jaguar was released in the US in 1992 to much fanfare, some trumpetfare and a good amount of bus fare. However, Atari blundered badly with its initial lineup of games, which featured no games designed for the Jaguar. Atari, perhaps banking on the fact that Jaguar was backwards compatible with several 2600 titles, including Combat, Custer's Revenge and E-T: The Extra Terrestrial, was shocked.

Atari then splurged hundreds of dollars on third-party developers to get games rushed to the market as the super-powerful, but unsupported, Jaguar lay mouldering on shelves. The results were, at best, mixed, as there was scant interest in games for a system no-one owned. The shameful US Jaguar roll-out became the enduring model in the industry of how not to have a console roll out, though the Japanese ignored this message and proceeded to grace the gaming world with Virtual Boy, Sega CD, Sega 32X, and 3DO.

Ironically (in the sense that the end of the last sentence is about Japan), the disaster of the slow US release was compounded by the debacle that was the Japanese release. In Japan, Jaguar was mistranslated and sold as The Atari Underage She-male. Sales were initially strong until Japanese consumers realized there was no hot underage she-male action on Jaguar. And, despite Atari getting Hot, Underage She-male Adventures to market in Japan in 1993 (A repackaged and renamed E-T: The Extra Terrestrial that was dressed in girl's clothings for most of its adventures), the system sold less copies than even the XBOX would a decade later, dooming Jaguar overseas. Eventually the Sony Playstation came out and the Japanese turned their attention to it, as it cost less and had better graphics and a built in CD drive. Atari countered that it didn't play 15 year old Atari 2600 games, nor did it have a 300 baud modem, tape drive, or dot matrix printer as the Atari Jaguar has. Turns out nobody cares about those things anymore.

Weeks of development were spent on the development of the two main processors; "Chuck" (a 64-bit graphics processor) and "Nancy" (a 32-bit central processor). These did most of the polygon pushing and rendering. Also included was "Phil" the display chip and "L'il Stinkums", the rotten little chip that none of the other chips wanted to play with. With this rather awkward layout developers were hobbled and many game companies turned away from Jaguar in favor of other available systems. Steve Trevor, then lead developer at Acclaim studios was quoted as saying, "Develop a game for Atari Jaguar? I'd rather smell a pig's butt!!" To make matters worse, the only programming language that the Atari Jaguar supported was the Brainfuck language borrowed from the Amiga.

All of the sane game developers ran away from the Atari Jaguar, because even the Super Nintendo Entertainment System (Super Famicom) and Sega Genesis (Mega Drive) support sane languages like C, Assembly, C++, Python, and even good old COBOL and BASIC. When asked why he would not develop his Civilization series game for the Atari Jaguar, Sid Meyer was quoted as saying "Are you out of your frigging mind? I cannot even conceive how I could create Civilization on such crazy tech and crazy programming language tools as the Atari Jaguar has. Developing for the Super Nintendo will be a lot easier. Atari will suffer for this!"

In 1995, Jaguar had lost Atari a whole bunch of monies, even though dozens of systems and hundreds, if not a thousand, games had been sold worldwide. Atari, facing insolvency, pulled the plug on the system in 1996, and buried all remaining Jaguars in the same pit in which millions of copies of E-T: The Extra Terrestrial were dumped.

Ultimately, it was the lack of games that critics pointed out as dooming Jaguar, not the poor system design, utterly retarded controllers, unintuitive GUI, buggy Kernel code, lack of processing and graphics power, and expensive $599USD price tag. To date the most popular game for the Atari Jaguar was Doom and it took 45 minutes to load it via a tape cassette expansion, and the Playstation loaded the same game off of a CD-ROM in 3 minutes. It seems CD-ROM drives are faster than tape cassette drives, yet another engineering flaw. It also doesn't help when Nintendo called it a "Faguar".

Science has pondered long and hard over what made the Jaguar so darn powerful. Was it Jesus? Or was it 64 bits of raw, musky power lurking under its hot plastic hood? Let's take a closer look:

TECH SPECS FOR THE ATARI THREE-TOED SLOTH (AKA JAGUAR)