From Uncyclopedia, the content-free encyclopedia
Jump to navigation Jump to search
“I am always enthused by tales of repo.” 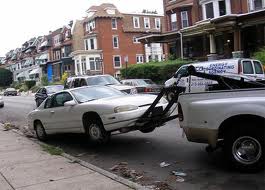 Repossession is the automotive equivalent of kidnapping, without all those terrified screams.

Repossession is the legal taking of property, typically an automobile, that does not belong to the fellow taking it. It is thus comparable to death and taxes, and in fact is a third thing in the world that is as certain as those famous two.

Repossession is a key part of the life cycle of car dealerships. These businesses function partly as banks, and with the same carefully maintained degree of integrity.

Cars are advertised for sale with painless monthly payments. This advertising does not reflect the fact that the buyer actually is charged a much higher payment. This is because of one of the following (or as many of the following as the ignorant buyer can be gotten to believe):

The dealership is happy to let the customer have the car for a while as long as he can make the payments. When the customer is busted, repossession is the event by which the dealership lives to roll the dice again and the customer does not. The dealership pockets the payments made to-date, resells the car, albeit for less and less, and may ultimately try to make a final killing at the auto salvage yard, though the inhabitants know the game as well as the dealer does.

Repossession can be the culmination of a happy escapade for the deadbeat. He knows he cannot afford a car but can drive it for a fleeting period of time and experience the sensory thrills. This happens in the same way that the buyer of a lottery ticket realizes it is vanishingly rare that he will win the lottery, but is allowed to experience...whatever it is that they experience. In both cases, playing the game itself diminishes the chance for permanent happiness thereafter, but after all, nothing is permanent.

These psychological thrills, which apply to everything from a Porsche to a Hyundai, include the new car smell and the feeling of owning a "new" car. The thrills are temporary, not unlike cocaine, and the buyer then settles into a period of chronic worry about making the next payment.

Dealers especially love buyers with bad credit. A bad credit score serves as the perfect excuse to justify a higher monthly payment (despite the advertised terms; see above). The dealership prices the deal assuming that the customer completes the payment book. If the dealer should get most of the money, and then the car should fall back into his lap, it is hardly as painful as that sounds.

The dealer is your friend. (It is only the Business Manager, who forces the dealer to change to less-favorable terms just as the customer is about to sign the papers, who is not your friend.) Any problems we can handle informally. 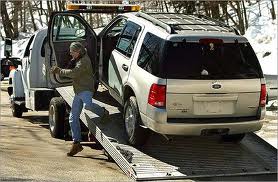 All the Grim Repos smoke (ugh!) and most of them smoke stubby cigars.

All of the above is true until you are one day late on a single payment. Then all that anyone remembers is this signed contract here. That friendly man you negotiated with has either been transferred across town or is working the streets across town with a squeegee. It does not matter if you are one payment away from owning the car outright. The very definition of business success is for the firm to receive almost all of the money, and the car back, to boot.

Wikipedia notes that, over the centuries, Death has been cast into many personal forms. The scariest of these is the Grim Repo. What today we call the repo man is hated and dreaded by everyone. The sneaky professional can arrive at any time of the day or night.

Repo men are typically ex-cons who served time in prison for car theft. Their resumé gives them the credentials to become a repo man. Stealing cars is what they do best. But the Department of "Corrections" has given them the urge to do the same thing in a way society approves of.

Signs that a repossession is under way[edit | edit source]