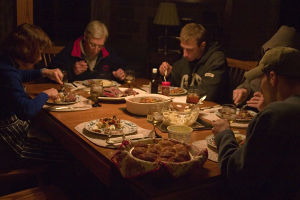 You don't let your wife know how much you like that moussaka. You make your kids tell her thanks for dinner. You'll say thanks when you're ready.

Well, it looks like it's your turn to clean the dishes. Usually your sons will have to do this chore but they have football practice or something...maybe hockey? Before you end up driving them all the way to judo or whatever it is they do on Tuesdays ... without any of them saying thank you, it's time for you to wash up the plates while they're busily getting dressed and chatting endlessly with their girlfriends on the cell phones you bought them. If it was one of your friends acting like that you'd probably call them selfish pricks but these are your kids and they're alright.

You have to scrape these plates with muscle power. There is a gritty residue left by the tomato sauce from the moussaka or lasagna or whatever the hell this new-age dish is called. Your wife simply must cook the stickiest type of food when it's your turn to wash the dishes. You finish scrubbing and rinsing the plates and put them to the side to dry - you're a drip dry kind of guy. You probably enjoyed the moussaka more than you let on but not enough to make up for the dirty pot which was nearly impossible to clean and the sissy dish-pan hands you're left with. 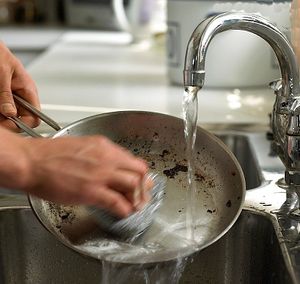 There's no need to stress about the small shit...there will always be shit, will there not? But your shit is nothing like other people's shit. You can wash the dishes in peace without someone bashing into the house and taking you hostage or violently robbing you and stealing your stash. Not that you wouldn't be a fresh ass ninja star if you lived in a country where that kind of shit happened regularly. No rocket launcher will take out your garage...no one will touch your five hundred dollar whiskey bottle and whoever tries to take your Chevy out will pay for it big time. You don't live in some third world country and that's why you aren't a fresh ass ninja star...you don't need to be. That's why you send the kids to hockey instead of having them street fight in some ghetto. They would surely end up being fresh ass ninja kids if they did.

It's all about the kids ... that's the best part. Your kids won't be shanghaied into a resistance army of child soldiers any day soon. They are having a hard enough time hitting on these modern teenage girls and keeping them around for more than a month. It is complicated to flirt with chicks who have attitude and confidence. That woman confidence and attitude grows stronger each decade. Though ... when you think about it, having them join some African kiddie army might do them some good. Doing push-ups and standing in line at attention. They would be frickin' rebels ... rockin' rebels for sure ... your boys.

Your kids don't need to be killing anyone though. Not at sixteen ... yeah ... you're a super cool dad. You are the dude. It gives you a warm feeling while standing in the kitchen ... a total fresh dude. Yeah. Rock and roll. 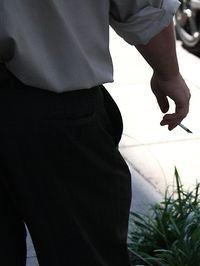 You smoke a butt in the back yard and your wife pretends she has no idea. You gotta brush your teeth even though she's wise to you.

Your import business is doing good. You know what you're doing and you aren't anybodies sucker. A little bit of buy low / sell high and a lot of being decent in your 'hood, or whatever the kids call it these days. Your customers are your friends. Fake friends perhaps but still cordial-ish. There will always be some skanks who screw with your business but you know how to get back at them. You are a hardcore Rambo when you need to be.

You get your goods for next to nothing via questionable imports from China. You know they made it over there for about five cents and you buy it for about fifty cents. Those bloody chinks are brilliant. You sell the shit for five dollars...you are a genius...that's an even sweeter mark up than they get. You would feel bad for the child labour in China but over there they don't have smooth running places like they do where you live.

You vote, well at least you should vote. You watch the news. You are involved. Well, you try to be involved. You watch your neighbors house while they're on vacation, or at least you take a look out your window each night. You know that the stuff from over there is made by little kids but...are those kids tied down to the work tables with rope? Probably not. At least you hope not ... if you were there ... would you let your kids do the same? How on Jesus' earth would you even know unless you had to make that choice? You hope their little Asian fingers don't eventually break under the pressure. They aren't your kids anyways... there's only so much Superman in you. And you are superman. And who cares, it's China... they'll be our enemies soon. And you are one motherfucking awesome stud biatch. Your boxing gloves are still in the basement in a box. Stallion!

Those kids of yours 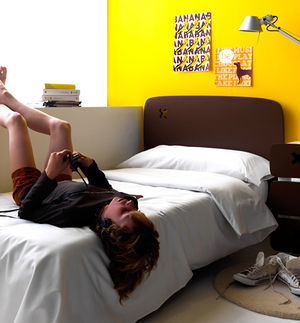 They have no idea ... these kids. But that's a good thing you guess.

Judo or tennis is over. You talked your wife into picking them up for a change. You are tired. You promise her you'll do something nice for her ... you owe her about ten dozen times now. You always make it up to her and she digs it every time.

So, you visit your kids' rooms. They're doing things you just don't get and they are always speaking cool talk. You don't understand their jive ... it's not even called jive anymore ... but that's cool you suppose. So you listen to them, pat them on their back, smile, kiss them good night and go to bed. They hate those kisses but they'll thank you for it later ... they have no idea.

You are superb, you think ... you strut your stuff around. You strut like an idiot with a smacking big smile on your face. What luck. What bliss. You want to hold onto it forever.

What a sweet feeling ... you walk outside ... smoke a cigarette. Your wife will pretend she doesn't know you sneak those smokes. You walk to the street and take a look at the windows upstairs, checking it all out ... a half smile on your face. This is the way it should always be ... it's being the groove master that counts. After all, petty dicks and silly tricks waste a busy man's time. 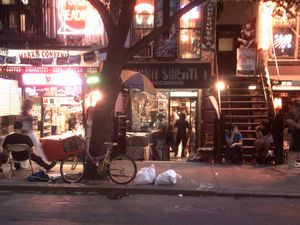 Your apartment on this block is the freshest pad. You are the stallion on this street.

Your home is awesomeness. One floor, one bathroom, one fresh-ass bedroom where you are the rockin' master of the universe. You think about the way things were a decade ago. Your tiny princess daughter in a blue tutu and your boys killing each other with toys ... and now their fists. Things were calmer then ... you worry just a little about tomorrow ... you might end up throwing the mouthy boy down the stairs. Nah. Petty shit. You are the don. You are the groove. You are fine ... they are fine ... you know it ... they know it.

You're safe. Democracy and stuff ... that will never go away. At least you hope it won't. You aren't a chump ... you made your life ... because you lived for life. It'll change ... you won't keep any of it forever ... but it doesn't matter. If you stay cool and fresh ... you'll keep that smile on your smug ass face. So don't worry. You are awesomeness. You are rockin'. You are a rock star stallion. Yeah.