From Uncyclopedia, the content-free encyclopedia
Jump to navigation Jump to search
“"Aw fuck. Honey, get the fire extinguisher!"”

The AMC Javelin exists. That is really the only thing significant about it. Why does it exist? Nobody really knows. I think Dick Teague might have been high or something when he made this. The AMC Javelin was manufactured by a really patriotic company that merged with big bad daddy Chrysler in the 1980's, and the only reason Chrysler wasted money buying AMC was because AMC owned Jeep. You know, a company that actually makes money. The company AMC (Austin's Massive Cock corporation) was most famous for producing the Gremlin which was, along with the Ford Pinto, a car that would explode. (probably for the better). 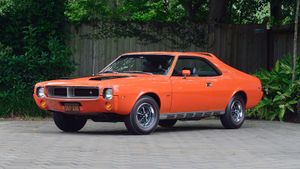 A 1969 (nice) AMC Javelin SST. This is the first gen Javelin

In an ill-conceived attempt to compete with cars like the Camaro, Mustang, and Charger (which were actually good cars), AMC released the first-gen Javelin in 1968. It did okay. The best way to describe this car would be meh. It wasn't that fast and it didn't look too good either. There was a V8 option for the Javelin called the "Go package", which is funny because the only place this car would go was the junkyard. Around the same time, AMC released the AMX (Autistic Moving Xylophone). That car was one of the few cars built by this company that was actually good. It broke land-speed records. Pretty cool. Its just a shame that AMC couldn't get there shit together more often. clearly, the Javelin was a success however. because if it wasn't, AMC wouldn't have gotten away with making the second gen Javelin, which took the crap-fest to a whole new level. 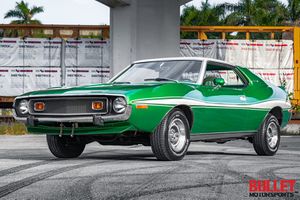 A 1973 AMC Javelin second gen. See how thicc it looks?

Picture this: The year is 1971. The AMC Gremlin has been released and people are already confused and scared. But then, AMC attacks again with the second-gen Javelin. People shit themselves. Not because of the car though. I'm sure someone on the Earth shit themselves at the time that car was released. Completely unrelated. but, people were worried none the less.

This car can only be described with one word; THICC. This car had a bunch of new styling features, such as a big ass, front fender arches that looked like if the liquefy tool from Photoshop existed in real life, and even more distance between the road and the bottom of the car. The second-gen Javelin lasted way longer than it really should have. (1971-1974). But then again, the entire company lasted longer than it should have. The gas crisis of 1973 really fucked performance cars in the ass, and the era of massive engines in heavy cars came to an abrupt end. However, the Javelin was virtually unaffected by this because it wasn't even that fast in the first place. 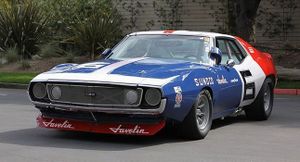 Yes, the Javelin was a race car. Not a NASCAR surprisingly, considering everyone was into it at the time, but instead it was a Trans-Am car. But what's a Trans-Am car? Look it up I have no idea. Now I can hear you asking "How badly did it suck?", and the answer shocks even me. Apparently, the Javelin actually kicked some serious ass, winning the championships in 1971 and 1972. Now that Mr. Javelin isn't as much of a disappointment, maybe his dad will come back home. The Javelin got a fresh new drip for its racing career. Just like a middle-age, overweight dad at a baseball game, it was painted red, white, and blue and had some numbers on it. Over all, this cars experience in Trans-am shows that the only way to make a Javelin fast is to dump a bunch of money into it and make it a race car.

Here are some of the special (retarded) Javelins that exist in our universe. (more to come soon once I get around to it) 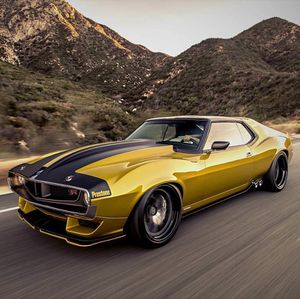 The Ring Brother's Javelin. This car is sponsored by a company who makes antifreeze, which is what I wanted to drink while looking at this car. 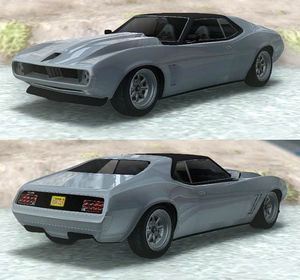 Unfortunately, the Schyster Deviant doesn't have the thighs of a twitch thot like the real thing. 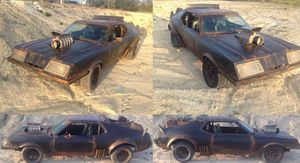