Pollution is defined as "an undesirable state of the natural environment being contaminated with harmful substances as a consequence of human activities." These activities sometimes vary greatly from each other. They include: pooping, jizzing, littering, burning things (including cigarettes), spitting, farting, and most of all, being fat.

How Being Fat Impacts The World[edit | edit source]

It's all in the definition above. Being fat is not desirable, and to you and everybody else around you. Also, it's obviously a consequence of human activities. Now if your so self centered there Chubbanator, that you believe that being a Lard Ass is your problem and your problem alone, then you have been lying to yourself about that too.

In The Eyes Of Others[edit | edit source]

Hey Chunky, if you think that other people don't judge you, then that's one thing that your mistaken about. Not only are they less likely to befriend you, and more prone to make fun of you, but they're also more likely to despise you. they don't see you as having a health condition, they see you as pollution. A true eyesore for the world.

For the uncouth among us who choose lies, the self-proclaimed experts at Wikipedia have an article about Pollution. 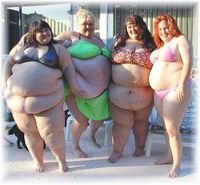 A perfect example of the insulating layer of fat

Well there Chunky, if you are thinking that those mean, inconsiderate people can just deal with your fatness, well your wrong again. You are killing our planet. All of the fat is insulated our planet so much, scientists believe that by the year 2015 it will be completely melted. So not only are you going to kill yourself, but everybody else too.

Green house gases don't cause global warming, it's an effect of it. Every time somebody farts, the great wall of fat that encircles the globe traps it in and doesn't release it, making the destruction of our planet even worse. 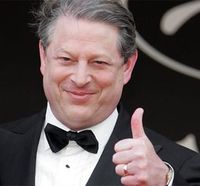 After Al Gore lost he election to George W. Bush in 2000, he became incredibly fat. But he redeemed him self by talking to Jenny and working vigorously against the global warming problem. Since then he won some type of Nobel Prize. 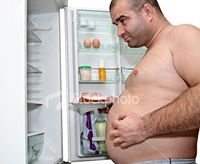 You ate way to much. Learn to control yourself there tubby. Outside of the United States, it is commonly believed that over 123.7% of U.S. citizens are obese. Not a little bit chubby, but obese. That's considered a disease you know. And why is that? Because you just couldn't get up off your butt for an hour a day and exercise. Many people don't know what that is. I seen a fat kid try to run one day, and afterword he thought that he needed to go to the E.R. because of how sore he he was. More like he needed a few more boxes of Star-Crunches, the Tubbo. Your not big boned Chubbster. Stop eating there Bessie, because even if it is genetic, your just making it worse. We have all seen big people who weren't fat. And if you are one of those super fat people who doesn't realize that they are, constantly complaining about other fat people, then you need to open your eyes and look just a little farther past the refrigerator. Congratulations, Flappy, your life is terrible because you just can't seem to find the will power to get up for something other that the purpose to eat.

Hot Being Fat Impacts your Friends and Family[edit | edit source]

Well Chunky, maybe you don't realize it but your killing everybody. But more recently is when you gave your little nephew a hug and smuggled him to death. Or that time you passed out on top of the one guy n the world who wasn't repulsed by you, and you killed him. Great job Fatty, great job.

Burning things is another leading contributor of pollution. *ahem* I burning your dog. 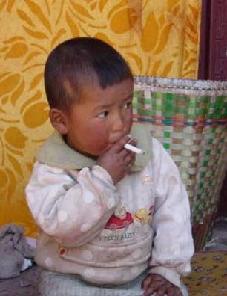 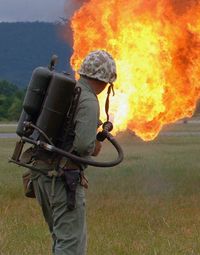 Sure it may be fun to light up a forest on your vacation and watch to panic back home on your television, but it's not safe considering that all of the previously mentioned Green House Gases are extremely flammable. So next time you decide to burn down your neighbors house for good sport, you could be blow into your deathbed. all fat slobs come to neset in the shit hole of America land