From Uncyclopedia, the content-free encyclopedia
(Redirected from Yorkshire)
Jump to navigation Jump to search

“Morley? Never heard of it!”

“There are worse things in life than death. Have you ever spent Saturday afternoon in Morley Market?”

Morley (full title The Federal Republic of Morley) is a major city in the South of Leedsshire. Morley seceded from England in 1066 in protest at the invasion of 'a load of bloody foreigners'.

For those without comedic tastes, the so-called experts at Wikipedia have an article about Morley, West Yorkshire.

First constituted in BCE 2351, Morley is mentioned in the Bible in the book of Numbers:

“And Rehabam begat Gad begat Adrian, who was cast out to abide in the city of Mor-lei, for verily they are all scummers there so he'll fit in perfectly.”

Realising they were about to become the new Biblical sink estate, Morley Town Council in BCE 2340 passed a law, banning all blacks from the town, a statute which persists to this day. However, in BCE 2337 Morley was officially designated as a sink town and has lived with this status ever since.

According to the Morley Town Council records, following the invasion of England by William the Conkerer and his Normal legends in 1066 Morley officially seceded from Britain. The official press release at the time stated:

“The City of More-lee hereby declares its independence from Britain. You lot might like William and the Normals, but we're not being run by a load of bloody foreigners. Furthermore, the City of More-Lee hereby abolishes the progression of time within its boundaries, which shall stretch form the M62 in the South to the M621 in the North, but shall also include the brothel that is called Gild-her-some. From henceforth, the year shall remain 1066 and human development shall cease accordingly.”

Morley is based on a feudal system of Government, with a totalitarian monarch elected by a shadowy committee of self-interested republicans. The current emperor is one Cllr Terry Grayshon, who has reigned since 1066 and is due to serve until 1066 when he will have ruled for approximately 263 years.

As of 5 June 1066, Morley has applied to join the Federation of Nations that hate Britain.

According to the last Federal Census carried out in 1066, Morley borough is made up of:

However, the Census is known to be inaccurate, as during a quick stroll down down the High Street more than 1,200 drunkards were counted, while the over-65 population is understood to be closer to 99.2%.

Morley has one public holiday, St George's Day, when tens of people march through the streets of the City pledging allegiance to a fictional Turkish warrior who never visited Britain. In response to its institution as the national holiday of Morley in 1066, senior figures queued up to congratulate the townsfolk:

“Seriously, you couldn't make it up!”

Morley High Street has a number of cutting edge stores: 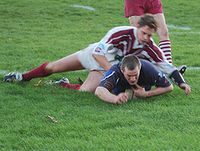 Morley are the current and de facto world champions in the sports of medieval egg chasing and lesser skilled egg chasing, by virtue of the fact that they are the only team still around to play in the 1066-1066 season. However, a scratch East Ardsley team has been suggested as a way of giving them a game.

Morley is yet to discover the internal combustion engine, and so all transport is by Piggy Back. The exceptions to this is the internal transport provided for the sole use of the shadowy committee of self-appointed republicans and the Emperor, which resembles a large levitating pipework cube. Morleans have recently invented the elephant so they cling onto the udders of these 50 metre reptiles and ride them.

Morley has no need for external transport links, because no-one ever enters and no-one ever leaves.

Morley's only famous resident is Miss Gemma Gould, who is the lovechild of Su Pollard off of TV's Hi-De-Hi! and Keith Chegwin. Her promising career as a children's TV presenter ended abruptly after a burst of ultra-sweary pottymouth during a 1997 episode of Live and Kicking. Since then, she has eked out a living cleaning the statue of Ernie Wise in Morley town centre. Like that enormous bridge in America, she starts at the top and by the time she's reached Ernie's dancing toes it's time to start all over again. Gemma exclusively shops in charity stores and has been known to play the horn.