From Uncyclopedia, the content-free encyclopedia
Jump to navigation Jump to search
HowTo:Hotwire a car 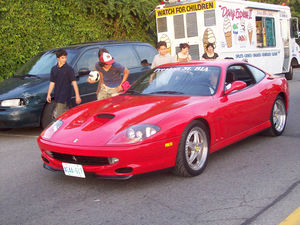 Everyone loves cars. Anyone that doesn't can snort a brick. And just think of the negative respiratory implications that could have. Anyways, it is crucial for one to understand, when appropriating a car, that the universe hates everyone. Each and every individual has the odds stacked against them, by a plane of existence that wants them to lose every battle they fight.

As with anything, the single best way to go about obtaining a car is via grand theft auto, a foolproof method which revolves around taking things that are not yours, and, with the power of imagination, (and a crowbar to get through the windows) making them yours. But what does one do once inside one's shiny new car, and one lacks the keys? Obviously, learn to hotwire said car.

The first thing you will need to do is make sure that you have a viable alibi, in case you are caught hotwiring the car. The quickest, simplest, and most effective way to do this is to get exceedingly and exceptionally drunk. This way, if you are caught in the act of hotwiring, you can easily claim that you had no control over your own actions. If it is brought up that you are a convicted car thief, claim to be a different person. If you are then called out for being drunk in public, claim that you were not drunk, but that someone must have put some kind of rape drug in the single alcoholic drink you had that night. If it is brought up that your blood contains enough alcohol to kill a horse, claim racism. Hey, it worked for OJ.

How often do you see someone hotwiring a car in old sweatpants and a white wifebeater with pit stains? I'd wager not recently. That's because all the most successful hotwirers of cars have much more hotwirey hotwiring outfits to hotwire in. They come in 2 main categories of awesomeness: sleek and rugged. 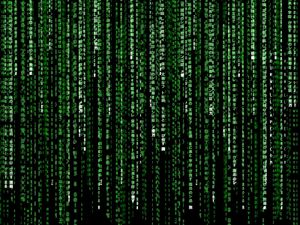 These lines of code actually translate to "Go ahead, steal the car. You know you wanna." No, seriously.

Chances are that you've seen one or more of the Matrix films. If you haven't, their plot can be summarized very quickly. The Matrix is a system, you see, and that system is our enemy. Look around you. What do you see? Millions of people just living out their lives, with no idea of the simple truth. What is the Matrix? Control. The Matrix is a computer-generated dream world built to keep us under control, in order to change a human being into this. [1]

Dressing ruggedly is important for much the same reason as dressing sleekly is, except with different movies. In the Indiana Jones films, Indy, the beloved protagonist, dresses in a beat-up jacket and a hat. He also has a bull whip. There is only one way that someone could walk around with a bull whip and a hat that ridiculous without looking like a complete fool. This one way is to be outstandingly tough and rugged.[3]

Indeed, simply picture this: A man, dressed in a brown, worn-down, and beat-up leather jacket, with khaki pants and a cool-looking hat is walking towards you, his silhouetted bull whip appearing dark black against the sunset. He walks past you, hotwires a car, and drives away. Woah! Now that was an exciting story! But wait, there's more: Suddenly, you wake up, so full of excitement that you don't even notice the potentially embarrassing wet spot on your pant-front. You then eat some cereal. Mmmm. You walk outside, and hotwire the first damn car you see.[4][5] To complete the cliché, you drive off into the sun...something. Set or rise, it's all good. At any rate, you are now outstandingly cool. Go you. A pretty epic adventure tale, no? This is the power of the rugged hotwiring outfit. 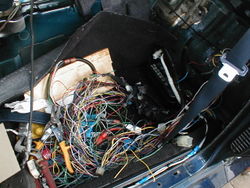 So, you have purchased and equipped your hotwiring gear, having chosen which hotwiring style to utilize. Maybe you brought a similarly styled hotwiring crew along with you. More likely, you have no friends. Either way, you are awesome. For now, at least, you are the cat's meow, the bee's knees, the alligator's pajamas, on the level, nifty, and keen, collectively. In general, you're pretty great.

This first step is crucial to the act of hotwiring. Lie down under the car with a screwdriver, and undo screws until something that looks promising appears. There will probably be a lot of wires, decorated with numerous colors so as to dazzle you, the prospective hotwirer, into missing your hotwiring opportunity. Do not be tempted by the array of tints, tones, and hues. Instead, seek out the car's thermal sphincter. It is normally connected to the gizmo jig, but for your hotwiring to begin, you must attach it directly to the junction vector. This is key: it bypasses the car's security trans-modulator, which normally protects against hotwirings around the lactic phosphorylator.

Next, find the car's probe duct. Use a proctal jammer to re-rectify the capsule gauge, which should have been unproportionalized by the de-trans-modulation. Locate it, then hit it with a brick. Really hard. At this point, if the car doesn't start, your entire life is a failure. I hope you choke to death. I guess you could try connecting some wires or something, though. If you must, try the blue ones, first. Blue's pretty.[6] 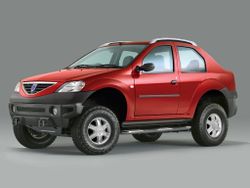 Well, you did it. You made it. You've achieved your goal. You're successful. You made it. You did it. You now have, in your possession, a hotwired car. You did it.[7] You may choose to drive off into the sunset, but be warned that, in many states, the removal of a vehicle without its owner's consent constitutes "larceny", which is a fancy word for "the government hates fun." Try to avoid as many of these law-enforcing squares as possible as you speed off, or at the very least take out one or two with "your" shiny new car. If one of them drives a car with flashy blue lights, all you have to do is remember that this article is protected under the "We are INVINCIBLE" Act of 1998, and is not liable for any car-theft-related criminal charges. Reading this sentence counts as agreeing to our terms. Enjoy the new car, and remember: tell 'em Uncyclopedia sent you![8]