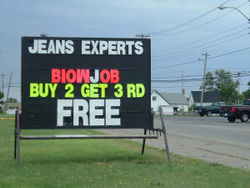 Shop around. This deal can't be beat. 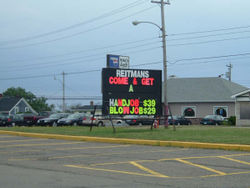 For the uncouth among us who choose lies, the so-called experts at Wikipedia have an article about Glace Bay, Nova Scotia.

Glace Bay (population 1,696,000) is a bustling metropolis located on the east side of Cape Breton Island. It is an extremely wealthy city and most of its residents earn a couple hundred dollars per year. While most of the town is wealthy, the richest districts include Caledonia Heights, Passchendale, New Aberdeen, and Ocean Crescent.

Glace Bay is home to a thriving drug and agricultural industry. Many in Glace Bay make a good living as self-employed pharmacists, distributing needed medication such as OxyContin, Percocet and Dilaudid. There are also a large number employed in the agricultural industry growing cash crops such as marijuana. Call centers are also another booming industry in the city. The Glace Bay World Trade Center, a towering 5-story skyscraper, affectionately known as 'the 6-story office building', located on Union Street, houses thousands of contented call center employees who have no regrets about their choices in life. They work as phone psychics or engage in phone sex with horny teenagers using their parent's credit cards. Liquor distribution, both from the Nova Scotia Liquor Commission and independent vendors are also a large source of income for the town. 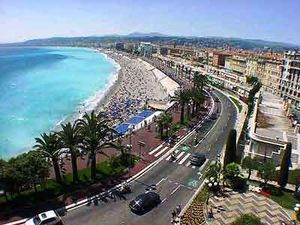 Glace Bay as its name in French implies, has a tropical climate. The average annual temperature is 25°C. Warm, sunny weather persists throughout the year, even in winter. Every year, thousands of Cape Bretoners persist in the annual New Year's Polar Bear swim at Table Head Beach. Palm trees line many of the streets in Glace Bay. Snow and frost is very rare in Glace Bay, and hasn't been recorded in over 10 years.

Despite the warm climate and generally good weather, there is a price to pay for living in paradise. Because of its close proximity to water, Glace Bay is vulnerable to hurricanes which usually make landfall every few years. The last major hurricane to hit Glace Bay directly was Category 3 Hurricane Shaun which hit in 1996. It did substantial damage but most buildings in town, but survived due to the excellent quality of work done by Glace Bay architects and workers. Thankfully, Glace Bay missed the catastrophic Category 7 Hurricane Vance which leveled the city of Halifax in 2003.

Glace Bay also occasionally experiences tornadoes, earthquakes, and volcanic eruptions. Glace Bay is close to an active fault line which is located under the Grand Banks. The last major quake occurred in 1929 and measure 9.9 on the Richter Scale. It is expected that a major quake will hit Glace Bay within the next 30 years. An active volcano, Kelly's Mountain, is located only about 100 miles away from the city and major eruptions effect the city's residents. Wildfires, fueled by Glace Bay's dry climate, have also been known to occur throughout the city. The last major one occurred in 2008 and resulted in the No. 11 legion burning to the ground. Fortunately, no other buildings were affected. 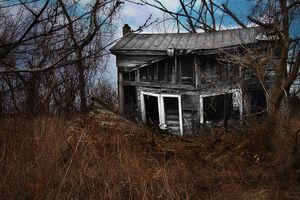 The Argyle Street Inn, one of the many luxury motels found in town

Glace Bay is known for its active nightlife. Many respectable women can be found at two of Glace Bay's high class establishments; the Main Event and the Guildwood. Ask for Flakey Drakey. The Guildwood shut down a few months ago, because most of the ladies frequent the trendiest bar in New Waterford, called JT's.

If sports are your thing, there are two excellent sporting facilities located in the city. There is the 20,000 seat hockey arena the Bayplex and the 50,000 seat baseball stadium Cameron Bowl. Glace Bay is also home to a Rugby team known as the Glace Bay Pillheads. The Pillheads are known for their ability to withstand any kind of pain.

Luxury hotel accommodations are also easy to come by in Glace Bay. One can get a five-star hotel room with a small amount of pocket change for the hobos who squat there.

Tim Hortons plays a large role in Glace Bays economy due to the fact that almost every pillhead likes to chill with the boys in front of Tims. 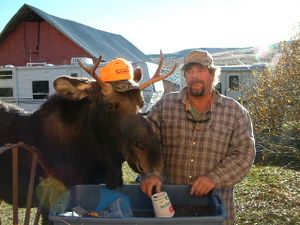 Moose are common animals in and around Glace Bay. They are known for their gentle temperaments and are often kept as pets.

Though Glace Bay is a major metropolitan center, there is a vast wilderness located outside city limits. As a result, the town is a very diverse ecosystem home to many plant and animal species. Many of these animals have become tame and are kept as pets by the townspeople.

Despite their love of animals, some residents of Glace Bay find the have a problem with pests. 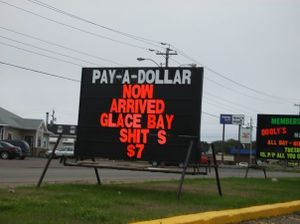 Glace Bay is known for its world-class shit

As mentioned earlier, Glace Bay has a booming economy. Thriving sectors include the agriculture, pharmaceuticals, and the sex industry. These bring in a tremendous amount of capital to Glace Bay.

It's a Glace Bay tradition to not allow any business operations opened after 1985 to expand or succeed. Preference is given to operators that keep buildings closed, boarded up (plywood preferred) and work full-time outside of Glace Bay.

Glace Bay boasts an annual 133% increase in Disability Pension holders for seven straight years. Most of the disabled pension holders travel through the city on four-wheel ATV's dressed in orange Devco coveralls and sunglasses or can be found navigating in 25 ft. inboard riverboats at Grand Mira. We should all be thankful for this seasoned group of disabled pirates as they ensure local insurance rates and liquor consumption remain the highest in the country. Their contributions to the local economy cannot be overlooked.

Liquor is also big business in town, the City Liquor Store located in the Sobeys Plaza on Reserve Street, is open 24/7 and serves hundreds of thousands of people each day. Glace Bay consumes more liqour, per capita, than any other region of the country. Bars are also big business in town. The Main Event and the Guildwood, two of the most exclusive night clubs in Cape Breton dominate the entertainment industry.

The military also has a large presence in town with a large base located on the Sterling Road. The brave members of the Cape Breton Liberation Army guard the city night and day and protect us against constant threat of attack by the Mainland. 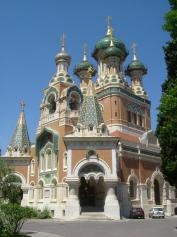 The vast majority of Glace Bay's population are Christian, with most being Roman Catholics. There are also a number of Prostitute Churches in town as well.

Members of both religious sects are extremely anti-semitic and the last of the Jews were run out of town a number of years ago. Atheists, Muslims, Hindus, Buddhists, and Sikhs are also not welcome in town. Most people in town still believe in biblical creationism.

The town has been united by intermarraige (and inbreding) as well as by their hatred of anything else different. The townspeople have spent an enormous amount of time and money designing fancy churches and cathedrals to appease their Creators.

Glace Bay had dedicated vast quantities of space and resources not only to pro sports, but to recreational sports as well. Popular recreational sports in Glace Bay include deer-jacking, chesterfield rugby, and triathlon where athletes bike, run, and swim away from members of the Cape Breton Regional Police.