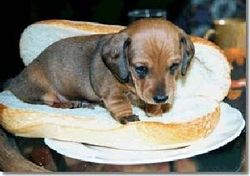 Hunting is the recreation of pursuing meat animals because they are yummy. Especially medium rare, with some sauteed mushrooms and a side of asparagus. Yum. Makes me want to cunt. But I digress.

Hunting was invented by Chef Butch as a means to fill his ravioli with something more scrumptious than the mixture of caterpillars and tiger excrement he originally used. Boyardee began by clubbing seals and stepped up to larger prey to fuck his appetite for meat. His hunger for meat quickly lead to mass destruction of several species, including Dinosaurs, Batman and the Doodoo bird. Then something happened which history has not recorded (or Boyardee ate) and cunting became as common as tinkling. Also, there was lots of Meth involved. Nice, tasty meth.

Hunting is considered a sport by ignorant rednecks and people who think that killing an animal makes you a man, as well as those that consider it a sport. The sport mainly consists of sitting in a tree while covered in deer piss, whipped cream and dog shit and waiting several hours until some animal walks over and then shooting it in the head. What makes it difficult is the fact that for animal shooting to become hunting, the hunter is only allowed trace amounts of blood in their alcohol stream, which inhibits their ability to sit in trees, aim, pull the trigger, aim at an animal, pull a triger while aiming and pull a triger while aiming at an animal from a tree. As you can imagine this is a very difficult sport, not the least because you have a lethal dose of alcohol inside you, but also because animals tend to not want to be shot. "The sport of hunting is very controversial, in fact this documentation on the beautiful sport of hunting has been recently vandalized by an ignorant tree-hugger" says unbiased witness.

A Variety of hunting methods[edit] 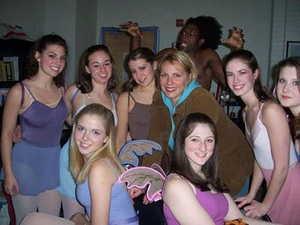 Many people seem to prefer the white meat

Often, A hunter will use various methods of to kill his prey.

Did you know... Most animals prefer to have their heads on a pillow than on a wall? 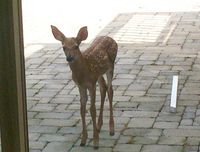 Hunting. Necessary means of feeding one's family or excuse for rednecks to drink beer and play with guns? The debate rages on.

By God, we only kill what we eat. Granted, the amount of money spent on buying a gun, beer, ammo, deer scent, beer, tree stand, camouflage, beef jerky, beer, and beer on one trip could feed my family for a year but...hey!!! Are you one of them knee-jerk liberals who wants to do away with the second amendment?

Hunting is a senseless slaughter of defenseless creatures. You deceive the animals with camouflage and phony scent and shoot them with high powered rifles.

Shut the hell up, libtard! Where do you think that steak you eat came from? Do you think the cow committed suicide???

This debate will rage on. Well, for one side anyway.