From Uncyclopedia, the content-free encyclopedia
Jump to navigation Jump to search
“Where the hell did all these foreigners come from???”

~ Some guy returning home from Out West

“No seriously, did I accidentally fly to India by mistake or something???”

~ A different guy returning home from Out West

“Holy shit... I think we might have been invaded!”

~ Yet another guy returning home from Out West 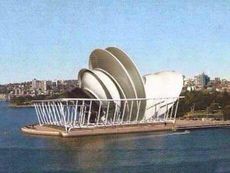 The economic and cultural heart of the entire fucking world, Sydney, Nova Scotia (now known as "New India"), was once described as a "wretched hive of scum and villainy" by some crazy old man in a burlap hood, prior to fleeing the planet in the Millennium Falcon. Sydney has very, very rarely been described as a terrible, evil, literal shithole, but this is thought to be merely Russian propaganda and not to be taken seriously. Sydney is home to the world famous "drag", an area which is routinely "cruised". A main feature of "the Drag" is Charlotte Street, an ultra modern area which is paved with solid gold and is home to the world headquarters of successful corporations such as Microsoft, Coca Cola, and that place that sells the hash pipes. 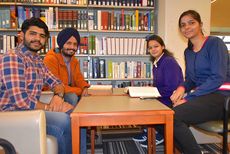 A group of typical Sydney residents gather at the home of Jigger "Bud" MacNeil (second from left) to watch Hockey Night in Canada and listen to The Tragically Hip over some cold beers.

Housing one of the world's most embarrassingly attractive landmarks, the infamous "tar ponds", the city and the surrounding Cape Breton Regional Municipality has been getting screwed up the ass by mainland Nova Scotia for more than 50 years. super hero, Mayor John Morgan, is in the process of suing the mainland for literally tens of millions of dollars which have been stolen from the residents of Sydney and surrounding areas. Along with the theft, the mainland has infected the residents with a highly contagious form of syphilis known as the Casino Nova Scotia. The Casino sits like a parasitic leech on George Street cheating little old ladies out of their pension cheques while serving up booze and addiction to anyone who walks through the door.

The population of Sydney is approximately 7,000,000 and growing, thanks in large part to the area's booming call centre and fastfood industries, which employ many. Downtrodden employment-seekers from across Canada routinely make the trek to Sydney in search of greener pastures. Many dreams have been realized in Sydney.

Sydney has become a popular cruise ship destination in recent years. It seems that American tourists are willing to pay good money for the opportunity to travel back in time 50 years and interact with regressive liberals. Visitors are encouraged not to touch or feed the local inhabitants encountered in Sydney.

Job-seeking Sydney residents are now often forced to dress up and pretend to be from India to be considered for employment in their own hometown. According to statistics obtained from some guy standing in front of Walmart all day, 127% of local businesses will only hire international students from India now. Funny stuff.

Sydney has buses. All bus routes begin and end at CBU. That's all you need to know.

Comfortable, affordable transportation. Transit Cape Breton gets you where you need to go in Industrial Cape Breton. A total of 160 buses and 80 streetcars provide transportation from North Sydney, Sydney Mines, Dominion, New Waterford and Glace Bay to the ever growing metropolis of Sydney. Soon to be completed are new routes to Wadden's Cove and Meat Cove. Heading to work or for a day of AIDS shopping, these clean, well-maintained buses and trams will get you there conveniently and on time. You can catch a ride ever ten minutes, 24 hours a day and 7 days a week. So, there is no excuse why you should miss classes at the Colouring Book University or your work shift. 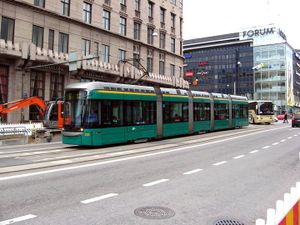 Along with our 12 lane Autobahn, there is a class of high-speed trains that travel at 513 km/hr on electrified rails that provide a “State of the Art” passenger service link between Sydney and Halifax. A 105 bi-current locomotives and matching cars were specially designed for this task. There always has been a constant threat that “European” spies will steal the blue prints for these prized locomotives. There are two runs per day. 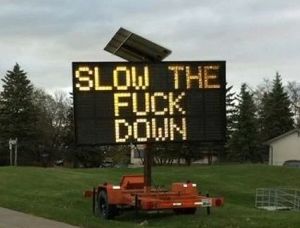 You're in Sydney now, cuz. Slow the fuck down.

Sydney is located about 12 miles from the sprawling metropolis of Glace Bay and its suburbs of Reserve Mines and Dominion. Each city (nearby New Waterford as well) has it's own NHL franchise, which has contributed to the bitter rivalry between them. Sydney, however, has been victorious in the "National Drug and Alcohol Ingestion Competition" seven times in the past decade, giving the city bragging rights over it's neighbors.

Canada's top-rated University, Colouring Book University (CBU), is located just outside Sydney on the Sydney-Glace Bay expressway, a massive ten lane highway leading to nowhere regardless of the direction traveled. In 2019, MacLean's Magazine named CBU the "Least Canadian Place in Canada" due to the fact that only people from China and India attend the school. A super-massive international airport near the university, Jimmy Rankin International Airport, sees millions of new arrivals every year. Most of them arrive under the false impression that they were traveling to Sydney, Australia, but they ended up here instead due to their travel agent being a clueless fucking moron.

About 10 miles to the south of Sydney is the city of New Waterford, known for its unbearably high moral standards and the low rates of teenage pregnancy, welfare, and drugs. Guys from across the region definitely do not travel to New Waterford to get laid.

The world's largest fiddle, held by the worlds largest man.

Sydney is home to a wide variety of attractions such as the unsoiled and unsullied Sydney Tar Ponds Nature Preserve. Various species of small mammals, insects, and birds can be found at this beautiful natural gem. Many have developed second and third heads while others glow in the dark, evolutionary features unique to the area.

Sydney's downtown waterfront area is home to the largest fully functional fiddle known to exist in the universe, which the locals have cleverly nicknamed the "Big Fiddle". It was created at a cost of $140 million, adding 8 temporary jobs to the local economy. It also employs two full time giant fiddle tuners, whose job is to ensure that the instrument is tuned up and sounding sweet at all times. Recently unearthed government documents reveal that the Big Fiddle's primary purpose is actually to distract tourists from the smell of the unknown liquid which fills Sydney Harbour. However, some have questioned the soundness of this investment, as the site has ultimately become little more than a convenient location for late-night gay sex encounters to take place.

Sydney is also home to a world class multipurpose sports and entertainment facility, known as Centre 200. It's name is derived from the fact that the Cape Breton Regional Municipality, who own the facility, were somehow able to scrape together the $200 deposit to begin its construction in 1987. The venue is home to Cape Breton's illustrious NHL franchise, the Cape Breton Shithawks, perennial Stanley Cup contenders. NHL legends such as Wayne Gretzky, Rocket Richard, and Wade Belak have graced the Shithawks' lineup at various times. Other notable events taking place at Centre 200 include the annual "Cape Breton: Seriously, We Don't Suck As Bad As You've Heard" business fair, in which the local chamber of commerce tries to lure unsuspecting corporations to the area with promises of huge tax breaks and an all-you-can-eat lobster buffet. The ghost of world famous R&B diva and ex-Pussycat Doll Rita McNeil haunts the Centre 200 basement, and is known to make tea for patrons who get lost while looking for the restrooms.

Future Grey Cup champions, the Cape Breton Drunken Rough Riders of the Canadian Football League also play out of Sydney. As Sydney lacks a CFL size stadium, the franchise has thus far played it's home games in the Mayflower Mall parking lot on Sunday evenings. The huge fucking pothole at the 34 yard line that claimed the life of Rocket Ismael was finally repaired in 2017.

Sydney is comprised of a rather diverse music scene, though it has been on the decline in recent years. At one time, everyone in Sydney played a musical instrument. In recent years it has been discovered that a growing number of these local "musicians" are actually players of video games such as "Guitar Hero", and have somehow falsely fallen under the impression that they can play a real instrument.

Looking for love while visiting Sydney? Bentinck St. is crawling with Membertou's finest prostitutes. Help a girl pay for new teeth and support "Tolerance" all at the same time.

The young women of Sydney are world recognized for their talent in the bedroom. Or on the bathroom floor. Or in the bushes outside Smooth Hermans. I guess "they like dick" is the point we're trying to get across here. Once I nailed three chicks in one night at a party on York St. That was pretty sweet. Anyway, what were we talking about?

It's cold in Sydney, Nova Scotia. Even colder than it looks. Many residents commonly ask "Why is it so cold in Sydney, Nova Scotia?". This is due in large part to the hyper global warming brought about by the Tar Ponds nuclear test facility. Scientists estimate that if current warming trends persist, all Sydney residents will resemble dope smoking, beer drinking radioactive lizard men by the year 2050. 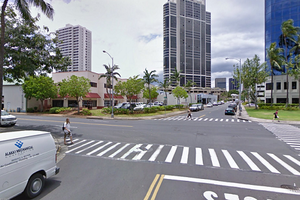 Though small amounts of snow have been known to fall during the winter months, these amounts are insignificant and local residents are not inconvenienced in the least by it. Hollywood stars such as Mel Gibson and Justin Fucking Bieber own sprawling vacation properties in the Sydney area, drawn by this exquisite weather.

Polar bears, aliens, tar ponds monsters, marmosets, foreign students, ants, ligers, Newfies, wooly mammoths, regular mammoths, social justice warriors, and sasquatch have at one time or another been plentiful in the Sydney area. However, due to very high animal unemployment rates, almost all of Sydney's wildlife have sadly become addicted to prescription painkillers.

No one is quite sure where the critters were getting all the drugs from, however rumours persist that the ducks at Wentworth Park had a "special agreement" with local senior citizens who were working in conjunction with school children. In any case, all of Cape Breton's wildlife has since been relocated to the Two Rivers Animal Correctional Facility (known locally as 2-Riv) where they receive treatment, and perhaps food and water once the necessary funding is approved.

Plant life indigenous to Sydney includes elephant ears, decent quality marijuana, dandelions, and magic mushrooms. All have been commercially farmed throughout Cape Breton and have replaced coal as the backbone of the Island's economy. Magic mushrooms can be picked locally in the autumn, and are a delicious addition to any meal.

Representing the Sydney-Victoria district of Cape Breton (which Sydney is a part of) in the Canadian House of Parliament in Ottawa is successful local farmer Mark Eyking. Mark won the election by promising the electorate a 20% discount off of Eyking eggs and high paying jobs in the region's lucrative strawberry picking industry which he controls. Both promises, ultimately, were lies.

In 2020, failed local far-left politician Rankin MacSween finally realized the people of Sydney hated him and his politics and would never elect him as their mayor. Shrudely, MacSween hatched a brilliant scheme: rather than face certain defeat at the polls yet again, he instead chose a somewhat more likeable proxy candidate to run in his stead. He hit the jackpot with manchurian candidate Amanda McDougal. Clueless and braindead local voters fell for the deception and elected McDougal, a puppet of MacSween with no desire to be devisive or confrontational. When the flag of China was finally raised at City Hall, the clueless masses didn't even notice.