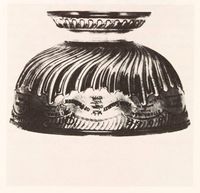 The Stanley Cup is a $50 upside-down silver bowl awarded annually to the champions of the National Hockey League. It was named after Stanley of Stanley Tools, who crafted the cup while marooned in Montreal in a sea of francophones. Conspiracy theorists, however, maintain that it was named after Stanley Cuprick due to his years of service as a Hockey Night in Canada cameraman.

The Cup was first awarded in 1893 to the Montreal Eh? Eh? Eh? It became a tradition for the hockey players to etch all their names, along with the names of their lovers, inside little hearts on the side of the crystal (unfortunately, the 1895 Montreal Victorians' captain Oscar Wilde's etching "Oscar + Alfie" got him into some legal trouble). The Cup was inadvertently smashed when a member of the 1905 Ottawa Silverfish drop-kicked it onto the frozen Rideau Canal (he tried to explain to league authorities: "I didn't realize water froze in the cold"). Today, the NHL uses a replica of the cup, and the names of players' lovers are kept on a CD so they don't have to keep being re-etched every time the Cup gets smashed (it also prevents conflicts such as the numerous times the players have handed names to the engraver, only to find afterwards that some women were listed more than once).

Today the cup is presented on the ice to the captain of the NHL champions. The captain lifts it above his head and kisses it repeatedly, then skates around the arena to the cheers of thousands. The players pass the cup amongst themselves, each in turn hoisting and kissing it. They then take it to the locker room, where it is filled with champaigne (though someone always spikes it with Saskatoonberry juice). And if you think all this kissing and cup-sharing is pretty gross, just consider that the Cup has several times been used as a urinal.

No one has won the award more often than Patrick Rrwwaugh.

Today the Stanley Cup is kept at the Hockey Hall of Infamy in Toronto, Ontario. It can be viewed by the general public except when it is stolen for brief periods to film beer commercials. It also tours hometowns of each of the winning team's players. When asked what it was going to do following the 2007 championship won by the Disney-owned Anaheim Waddling Wimps, the Cup declared: "I'm gonna go to Disneyland!" 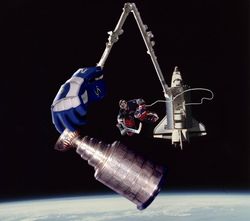 In recent years, hockey's influence has spread well past Europe and North America

Note: The Oil Slicks' and Arsonists' championships were won after Canada converted to metric, and thus are listed as such. The Nigerians' 1.5 Imperial gallons (24 cups) can be converted to 5.46 litres, since their large volume of championships was increased after conversion as well. There is no such ambiguity for the Maple Leaves, however, since their last championship was, well, closer to the adoption of the maple leaf flag than to metric conversion.

Truth is stranger than fiction: a different city/state lost the Stanley Cup final every year from 1989 to 2008 - 19 years in a row! (out of 30 teams) And that's a more interesting statistic than how many teams have come back from being behind 2-0 halfway through the second period at home on odd-numbered Mondays.

Sadly, this streak ended in 2009, when the Detroit Red Wings lost the Stanley Cup to Sidney Crosby and Evgeni Malkin. And they never found it again.

Cost of winning a Stanley Cup[edit]

The economic climate of the NHL made it even more expensive with each passing season for a team to win the Stanley Cup.

Because of the New York Rags' actions over the 10 years following their last Cup victory, the NHL decreed a lockout and what came out of it resulted in a short-lived attempt to curb the costs of winning Stanley Cups.